5 lesser-known works of art to see in Naples

As you can imagine, not all the great artworks in Naples are into museums or art galleries, some of them are less well known, they are hidden in the hundreds of ancient churches in the area, or also in civic buildings, university or cultural institutions. In short, Naples is, as always, a continuous discovery. Our journey through the city's thousands of works of art will focus on 5 works of art in Naples that you may not know. Just sit back and let yourself be carried away by the magic of the city!

5 - The Filomarino altar in the Church of S.S. Apostoli The Church of S.S. Apostoli, whose cloisters house the historic Liceo Artistico di Napoli, hides precious Baroque wonders inside. Its sumptuous interior dating back to the 17th century contrasts with the bare exterior. At first glance, it is already possible to notice this cyclone of paintings and chapels that follow one another, the splendid interior dome on which Dionisio Lazzari worked for the stuccoes and Giovan Battista Beinaschi for the frescoes. But the real jewel, unique of its kind, is the so-called Filomarino Altar, located inside the chapel of the same name and created by the genius of Baroque architecture Francesco Borromini.

A work that represents the synthesis of the master's construction ideas, from the mixtilinear structures to the relationship with the user, with his gaze becoming the central point in works like this.

A place not yet as famous as Castel dell'Ovo or the Maschio Angioino is certainly Castel Capuano, the oldest castle in the city and the centuries-old seat of the court, located at the end of the Decumano Maggiore or Via Tribunali.

Its interiors are very interesting, such as, for example, the Salone della Corte d'Appello, with frescoes by Antonio Cacciapuoto and assistants dating back to the end of the 18th century.

Some of its interiors are true works of art, such as the Sala dei Busti (Hall of the Busts) on the first floor, so called because it houses marble busts of the most famous lawyers in the Naples courtroom.

A place of great aesthetic charm, where the late Baroque becomes more austere and monumental because of its public function, but which has not yet been completely rediscovered in terms of tourism and culture.

There is a splendid work of art that perhaps not everyone knows about in the gardens of the Royal Palace, located in the very central Piazza del Plebiscito.

The work of art is located near the National Library of Naples, just before the porticoes that allow you to leave the museum complex once you have entered the main entrance on the square.

Here it is, imposing, the large concrete sculpture by the master of the transavantgarde, Mimmo Paladino. The work entitled Rehearsal combines sculpture and architecture and perfectly encompasses within it the roof of the current rehearsal room of the San Carlo theatre, using the aesthetics of the cement horse, a distinctive symbol of the artist's work.

It is a gift to the theatre made in 2010, on the occasion of the first internal renovation of the theatre, which also saw the transformation of the carpentry workshop into the current, modern rehearsal room for the orchestra. 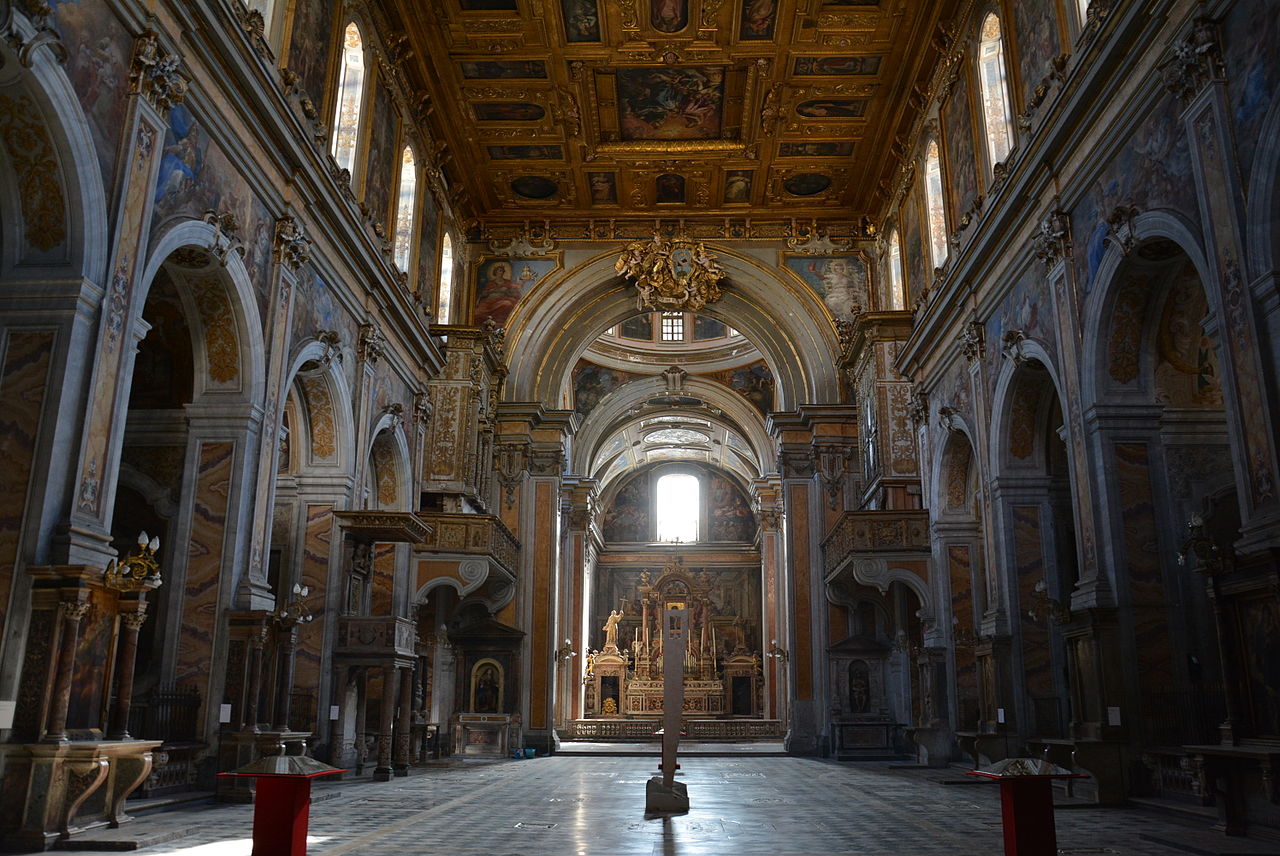 A mysterious tomb from 1499 is preserved in the church of Santa Maria La Nova, in the old town center, by the Milanese sculptor Jacopo della Pila.

The tomb is in late Renaissance style, not too dissimilar from Donatello's tomb in the church of Sant'Angelo a Nilo, which also has a central bas-relief depicting a dragon, with the sculptural image of the deceased on top.

The latter has been at the center of a great mystery since the end of 2014. In that Year some Italian researchers, supported by the University of Tallinn, take the hypothesis forward that the tomb might contain the remains of Vlad III of Wallachia, the bloodthirsty prince who inspired the figure of Dracula.

The aristocratic vampire with a dark air came out of Bram Stoker's mind and is a true reference point for the literature of all time. 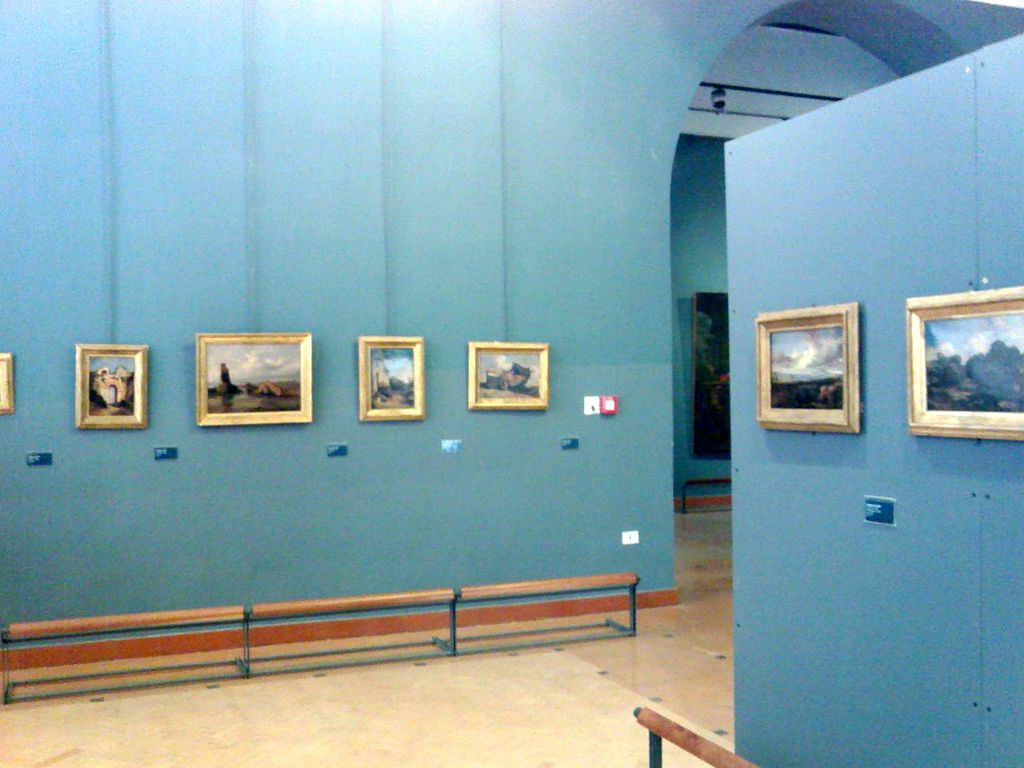 One cannot speak of works of art and hidden gems in Naples without thinking of the many masterpieces housed in the prestigious Academy of Fine Arts in Naples.

Inside its gallery, you can admire works by artists who had a direct or indirect relationship with this historic academy opened in 1752.Landscape artists from the Posillipo school such as Consalvo and Gabriele Carelli.

Artists from the Neapolitan tradition such as Domenico Morelli, Francesco Saverio Altamura, or Gioacchino Toma, and sculptors such as Achille d'Orsi and Vincenzo Gemito. In this context, there is a small jewel of a collection: the works of the four Palizzi brothers, Giuseppe, Filippo, Nicola, and Francesco Paolo, all originally from Vasto in Abruzzo but all adopted by Naples.

They all have in common that they are artists and painters, but each retains his character and individuality in his pictorial expression.

The "Palizzi Room" is, for this very reason small art treasure chest waiting to be discovered, offering a glimpse of 19th-century verist painting in one go.