Wherever you look in Naples you will see artworks, even in the streets. It’s not a joke: street artists always loved this city and often leaved a sign of their passage. Maybe, some of the best artworks are just the ones in the streets.

So let’s see some works.

Banksy in Naples: Madonna with a Pistol Madonna with a Pistol is an artwork by one of the most famous street artist in the world, Banksy. Just like other works by Banksy, this one is full of irony: it represents a Madonna in ecstasy with a gun over her, like an apparition. This piece of art maybe wants to represent the connection between religion and organized crime.

This is not a work, but a project of two an associations: “INWARD” (Observatory on urban creativity) and Arteteca cultural association. This project, in addiction to do some artworks on the walls in the Parco Merola in Ponticelli district, has started activities and workshops for disadvantaged children.

Ael. Tutt’egual song’ e criature (All children are equal) is an artwork by Jorit Agoch that represent a rom child who is starting school: a message of integration. The title is a quote from a song by Enzo Avitabile.

Gennaro: Hyper-realistic graffiti in the middle of Naples Another work by Jorit Agoch, another face. Face is the favorite topic of the artist, he believe that looks can be very emotional. This one in particular, is a portrait of his friend called Gennaro. He gave the face of his friend to the patron saint of the city, San Gennaro. This murales is painted on a wall at the start of Forcella. Also this work was made with the help of INWARD. This artwork is quite similar to Ael. Tutt’egual song’ e criature for the realism, the shadow, the scar on the face and some symbols (the ampouls with the blood of the saint, the backpack of the rom child). 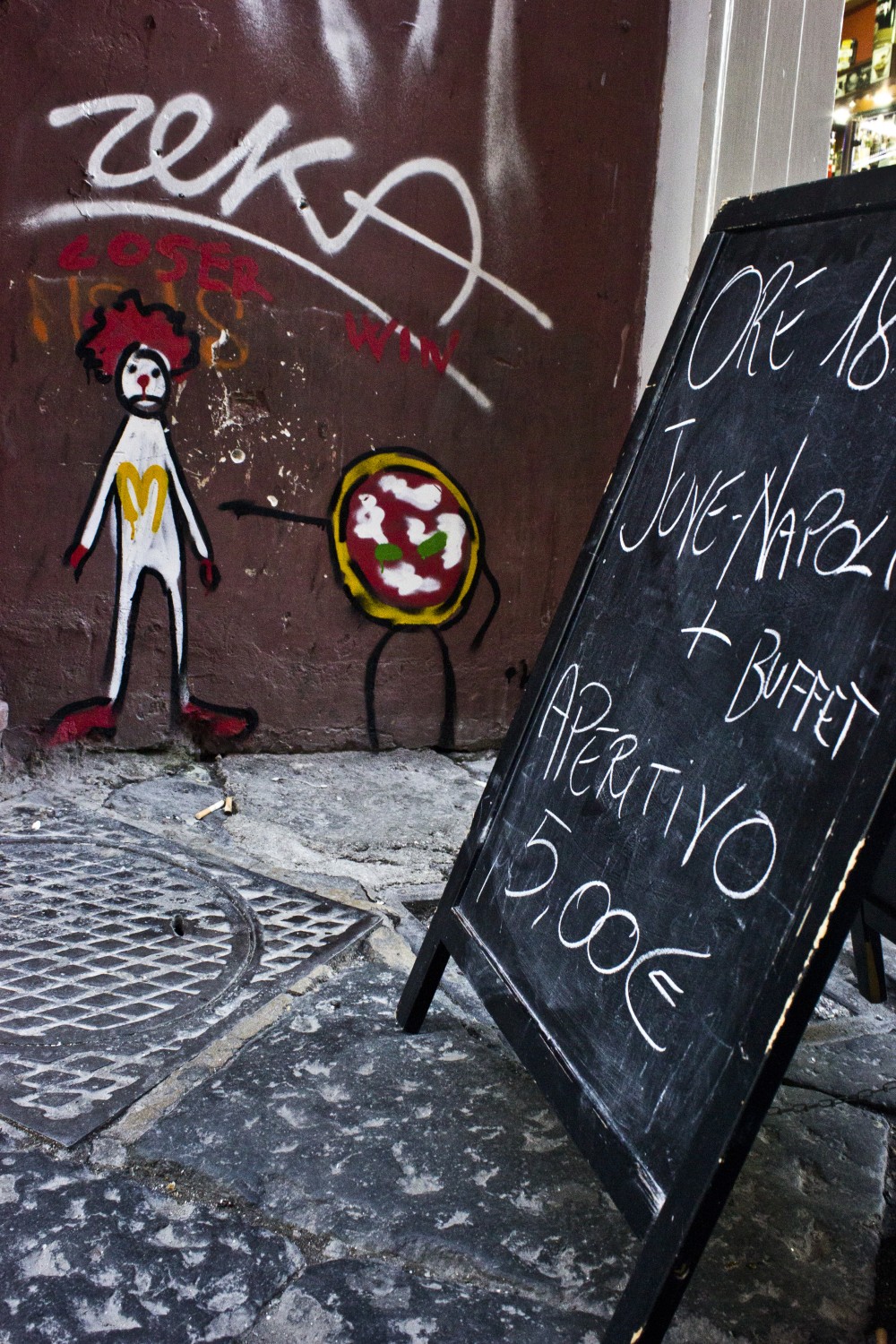 This artist has disseminated the walls of Old Town of Naples whith his little works: when you find one, then you’ll find others, in a sort of treasure hunt. In his artworks there are little stickman who fights big dragons, who fell in love, who ask questions. Hearts, symbols and some words like “Exit” or “Enter” are near to the stickmen, to complete the meanings. 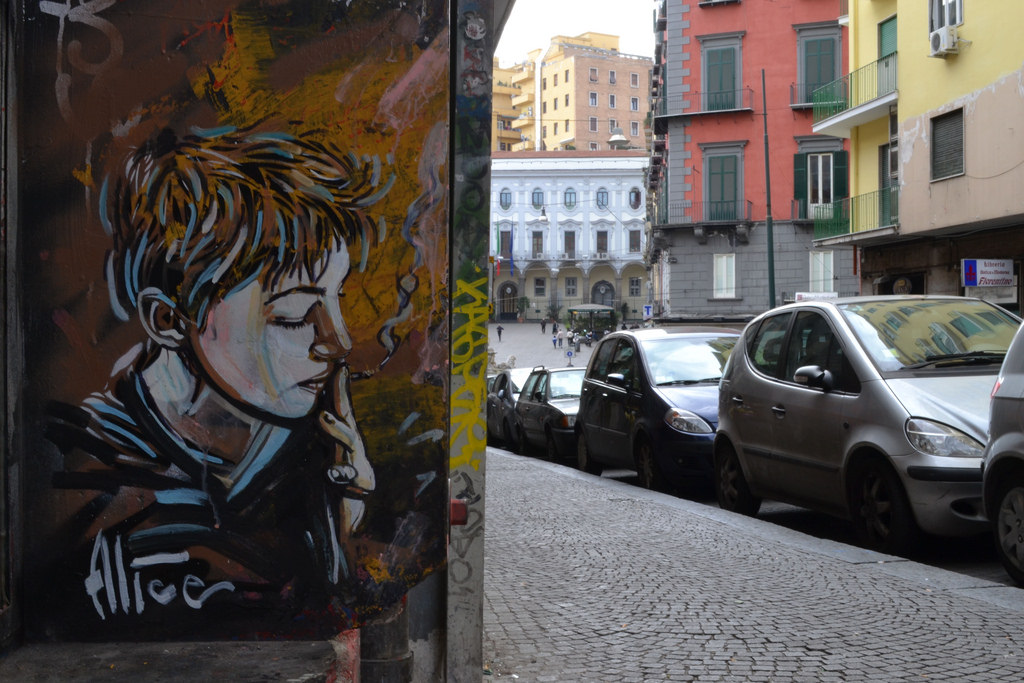 She is one of the few street artists who doesn’t use a nickname. Her work can be seen with a little bit of attention near to the Ciclofficina Massimo Troisi (most famous by the name “Ska”) and on the portal that brings to the Mensa Occupata in via Mezzocannone. Her works represent female, strong and mysterious characters.

A graffiti as large as a building by Blu Blu is one of the ten best street artists in circulation according to The Guardian. On the wall of the Ex-OPG Je so’ Pazzo (An ex-Psychiatric Hospital, now Social Centre) the artist wants to show the horror of the imprisonment, painting  a sort of anthropomorphous monster. He also used a window for the open mouth of the screaming monster, to express fully his message. Painted on a lateral wall of the Basilica of Santa Maria della Sanità. This artwork by Francisco Bosoletti wants to give a message of fraternity and mutual help. The artist wants to tell a true story of a boy saved from illness by his friend.