A tour in Irpinia: discovering the villages and typical foods

Irpinia: territory of the Province of Avellino

Irpinia is the territory of Province of Avellino, with its great and varied potencials is coming out in Campania's touristic scenario. Its area is punctuated by villages and cottages and rich of woods and springs, so much so that it was called "green Irpinia".

Visiting Irpinia means travelling in one of the most beautiful province in Italy that keeps the best characteristics of its Country. It's less than a half hour drive away from Naples Capodichino Airport and thanks to efficient transportation venues, in about half an hour you will reach all the provinces of Campania.

The History of Irpinia

Irpinia has been inhabited since ancient times. During pre-Roman times it was occupied by the Irpini (Samnite race), rude and belligerent people that worshipped the wolf. This animal, that to this day still lives in the woods and mountains (albeit in smaller number), is the symbol of this area.

After the Roman conquest and colonization, Irpinia suffered a period of decacy, but during Norman period it acquired again great importance with the building of many villages and castles. During the following centuries, Irpinia was aggregated to the Kingdom of Naples of which became a province, curiously called "Principato Ultra", whose Capital was Montefusco, while the current province of Avellino arose only during the 19th century.

What to visit in Irpinia?

The tourist offer of Irpinia is able to satisfy the needs of travellers who pay attention to the life's quality, excellence and typicality.

Avellino: the capital of Irpinia Avellino corresponds to the old Abellinum, that was in the current nearby town of Atripalda.

In Piazza castello (in front of Carlo Gesualdo Theatre and beside the Conservatorio) there are the ruins of the Castle of Avellino of which there aren't reliable sources, probably it was built by the Longobard and used as manor house in the 17th century.

In Corso Umberto I there is the Casina del Principe (the Prince's little house). It's a building in the Renaissance style recently restored, located where once there was Porta Puglia. An interesting spot is its Court with a central monumental fontain. Here there are many events, concerts and exhibitions.

Among the many religious monuments of the city, very important is the Capuchin Monastery with a pretty courtyard where there is an artistic well decorated with terracotta lunettes. Also important is the Santuario Santa Maria delle Grazie, where inside the church there is the famous masterpiece the "Deposizione" (Deposition) of Silvestro Buono. Every 2nd of July a celebration dedicated to the Madonna delle Grazie takes place, keenly felt by the faithful, with liturgical celebrations, songs and fireworks.

Still in Corso Umberto I there is the Fontana di Bellerofonte. A fountain of 17th century that once housed several statues, including that of Bellerofonte that gives the name to the full fountain. Many of these were stolen after the earthquake in 1980. Other statues had their settlement in the niches of the fountain and most likely these came from the ruins of Abellinum.

Ariano Irpino is the most populous center after the Capital. Full of museums and famous for the craft of maiolica.

The old town shows a Medieval structure concentrated around the Cattedrale di Santa Maria Assunta. The Roman facade in stone of Roseto was built in the 15th century. Inside there are many masterpieces of different periods.

In the highest spot of the city, at over 2,624 ft (800m) altitude, there is the Norman Castle: it's shaped like a trapezoid with interconnected angular shapes. And also the ruins of the ancient main tower from where, according the tradition, you could see the Gulf of Manfredonia. All around there are the Giardini Panoramici, a magnificent Villa Comunale full of panoramic views.

As well as the cathedral, another religious place is the Santuario della Madonna di Valleluogo. It's situated 4 km outside the city center in a quite valley full of streams and secular trees. Next to the sanctuary there is the old watermill, where the Madonna appeared to the deaf-mute daughter of the miller and rescued her.

In the end, in Ariano Irpino there is La Starza, the oldest Neolithic village in Campania, inhabited nonstop since the 6th millenium BC till 900 BC. The area is full of woods and water and there is also a small lake with the spring water source in use since ancient times.

Mercogliano and the Montevergine Santuario

Laid at the feet of Montevergine, home of the famous Marian sanctuary, Monteforte is divided in a medieval area (Capocastello) that hides amoung the hills and a new area dominated by a tree-lined avenue with plane trees dedicaed to Saint Modestino, martyred patron in these lands.

Notheworthy is the Abbatial Building of Loreto, surrounded with devious events during its construction. The building is open only on the ground floor, where there are: the library, an old pharmacy containing more than 300 hand-painted majolica vases, a perchment archive, the Premiata Fabbrica di Liquori (award-winning alchol company) of Benedictine fathers of Montevergine, a winery and three Flemish tapestries of the 18th century.

A special mention goes to the Montevergine Santuario. Located on the homonymous montain, it's easily reachable from the town center using one of steepest funicular in Europe. It's estimated that yearly it is vidited by about a milion and a half of pilgrims.

The historical leather tanning in Solofra

Solofra is one of the four main Italian leather tanning centers.

One of the most important buildings of the city is the Saint Michele Arcangelo Collegiale. It was built in the 16th century to replace the obsolete church dell'Angelo. In this place every year is celebrated the Feast of Saint Michele. Of Baroque architecture, it hosts canvases and works of art by Solimena and Guarini. Inside there are also two valuable pipe organs recently restored.

The villages and natural beauty of Irpinia

There are some villages very important for the regional tourism. They are part of the association "Borghi più belli d'Italia" (the best villages of Italy), such as: Monteverde, Nusco, Savignano Irpino, Summonte e Zungoli. This last one also boast the Orange Flag: the quality certification of enviromental tourism given to inlandhamlets by the Italian Touring Club.

Other historical centers, such as:

Other main tourism attractions are the natural ones, as the ski area of Lacerno, with its homonymous lake, and the Monte Terminio. Other places, even less known, are characterized by their mysterous peculiarities: the Valle d'Ansanto, at Rocca San Felice, is distinguished by the curious harmful gas emissions (since ancient times cited by Virgil) and also for the presence of Terme di Villamaina. Further north, close to Casalbore, there is Valle del Miscano with the funny Bolle della Malvizza (Bubbles of Merla), which form the largest field of mud volcanoes in South Italy.

What to eat and drink in Irpinia 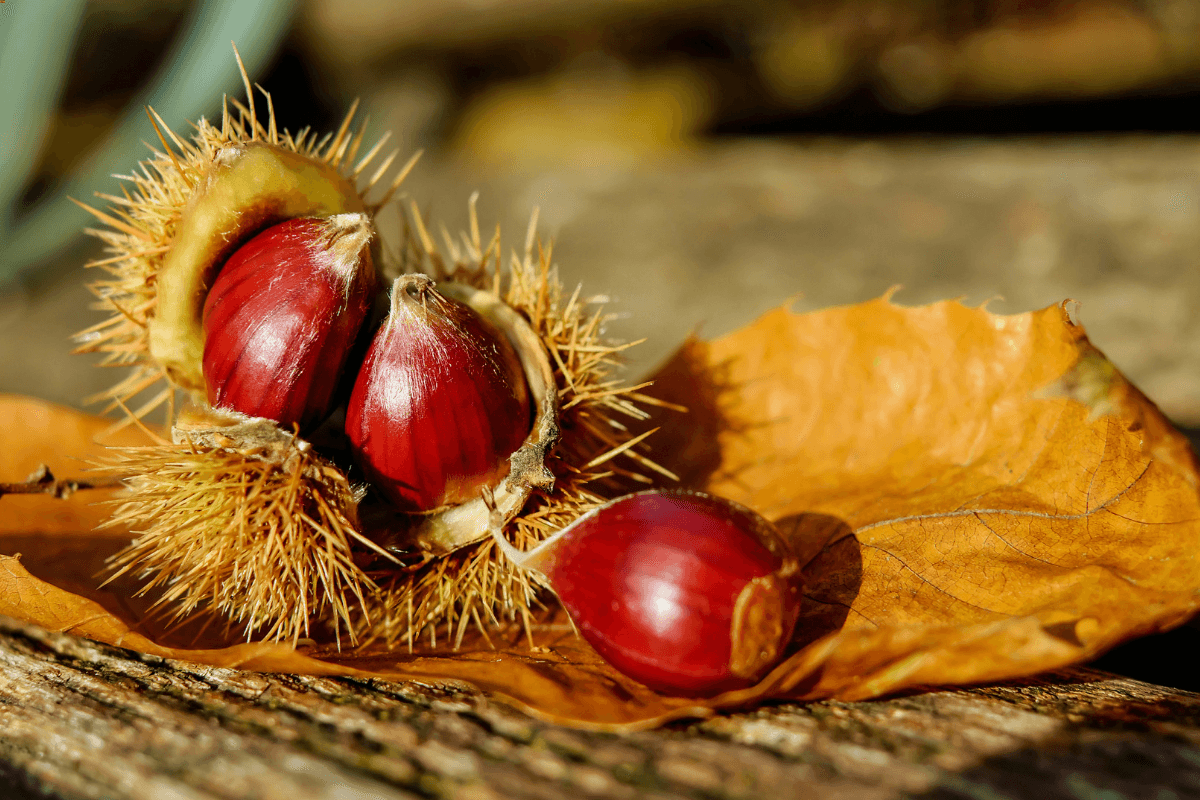 Irpinia is famous for many local products. Some of these are the tasty cheeses Irpini, among these: "Caciochiatto"  (typical of Ariano Irpino), Podolian "Caciocavallo" (Aquilonia, Bisaccia, Calitri),  "Scamorza". Also the production of salami plays an important role, such as: "Prosciutto" of Trevico, "Soppressata" and Sausage, as well as the home-made pasta (Cavatielli of Castelfranci and Maccaronara of Castevetere sul Calore), although typical of Montecalvo Irpino is the home-made bread.

Other products known are the Tartufo of Bagnoli, the "Chestnut of Montella", branded PGI (Protected Geographic Indication), and the famous Irpinia's hazelnuts. As condiment, it's important the extra-virgin olive oil "Irpinia - Colline dell'Ufita", branded DOP (Denomination of Protected Origin).

In the end, Irpinia is famous for its wine production. The finest are the Fiano di Avellino, Greco di Tufo, Aglianico and Taurasi.

How to reach Irpinia

By bus: some private societies provides to the connection between Irpinia and the cities of Rome, Naples, Benevento, Caserta, Foggia, Salerno and its university, Campobasso and Termoli. In Avellino there is the bus terminal in Piazza Macello.