Bourbon Tunnel: discover one of the routes for the Underground Naples

The Bourbon Tunnel or Gallery is an ancient underground passage. It is one of the best known and most visited routes in Underground Naples. Fascinating and evocative, it extends from the Royal Palace to Piazza Vittoria.

If you are in Naples, don't lose the occasion to path into "essence of Naples", where you will discover the different past...

History of the Bourbon Tunnel

King Ferdinand II Bourbon wanted the tunnel in 1853. It was officially born as a public work, but actually, it had a military purpose. After the movements in 1848, the king wanted for himself and the royal family a quick escape close to the sea and the barracks in case of danger.

The works lasted three years and were carried out exclusively by hand with picks, hammers and wedges, and lighting provided only by torches and candles. On the 25 May of 1855, there was the inauguration of the Bourbon Tunnel with the passage of Ferdinand II of Bourbon but then remained open to the public for only three days. The gallery closed definitively for economic reasons and the decadence of the Bourbons after the unification of Italy. The tunnel was never completed, measuring only 431 meters and arriving behind the colonnade of Piazza del Plebiscito.

During the Second World War, the Bourbon Tunnel returned usefully again: between 1936 and 1945, it was used by the Neapolitans as an anti-bomb shelter. Thanks to this secret route, they found refuge in over 10,000 people who had lost their homes during the bombings.

After the war and up to 1970, the gallery became a Municipal Judicial Deposit used to store the material recovered from collapses, evictions, seizures and all that extracted from the rubble resulted from the bombing.

Only in 2005, the gallery was reconsidered by two geologists (founder of Associazione Culturale Borbonica Sotterranea) who, with the help of volunteers, reopened the structure to the public in 2010. Today the Bourbon Gallery is one of the most fascinating and suggestive tourist attractions in Naples.

The Bourbon Gallery offers 4 types of paths (Standard, Adventure, Speleo, The way of the Memories), fascinating and cultural interest itineraries.

Standard Path is accessible to everyone, children too. Disabled people can take part in 60% of the guided tour. It is a historical and emotional journey through the Underground of Naples.

During the path, you will discover the civil engineering solutions designed by architect Errico Alvino in 1853. We will discover that the Tunnel was an aqueduct of the Renaissance. It was built for Ferdinand II of Bourbon to provide him with a safe route and was used then by the citizens as a bomb shelter during the Second World War and later became an impound lot for cars and motorcycles until 1970. In addition, you will see pieces of sculptures and vintage artefacts.

If you are passionate about vintage cars and bikes collection, you can't resist in front of the ruins found under piles of rubble and then, stored and sequestrated here, from the post-war to the 70s, from Comune di Napoli.

During the visit, it possible to admire iconic pieces, such as a Fiat 500 Barilla, a Fiat 1400, a Fiat 1100 taxi, a precious Alfa Romeo 2500 SS Cabriolet Pinin Farina, a food delivery truck and then a "cemetery" of Vespas and Lambrettas.

Here also the ruins of a giant monument sculptured in memory of Aurelio Padovani, the founder of fascism in Naples. In 1934, it was in Piazza Santa Maria Degli Angeli, in the Pizzofalcone area. Then it was promptly and appropriately destroyed and hide after the fall of fascism, as willing to erase any trace.

The entries for the Bourbon Gallery

The Bourbon Gallery has three entries:

How to get to Bourbon Gallery

By Metro: starting from Piazza Garibaldi, you can reach the Bourbon Tunnel with the Metro Line 1, exit at Municipio stop, from there it takes only 9 minutes on foot.

By bus: many lines depart from Piazza Garibaldi and pass through Corso Umberto to arrive at nearby stops.

If you go by car, there are many pay parking near the entries of Vico del Grottone nº4 and Via Domenico Morelli.

Accommodation near the Bourbon Tunnel 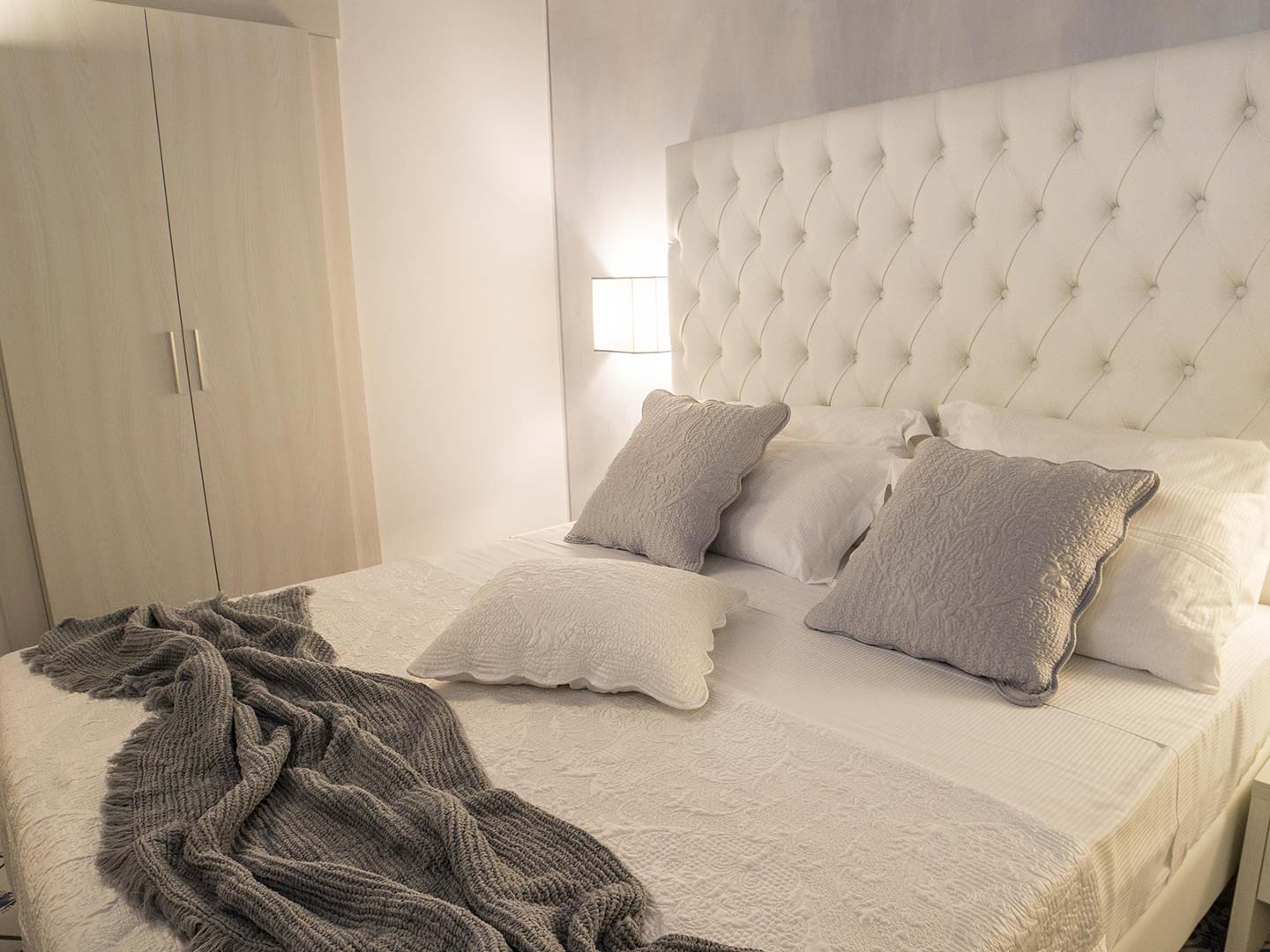 Near Via Morelli, one of the entries for the Bourbon Gallery, there is Morelli Suite. Not far from Via Partenope and Piazza Vittoria with its wonderful Lungomare. In its suit rooms, you will have an unforgettable stay in one of the most beautiful cities in the World.

In every corner of our rooms, you will find the elegance, tradition and charm of a typical Neapolitan residence, as well as an excellent service like a hotel with five stars.

The breakfast is served directly in the room by their staff, who will be happy to meet your requests. The Morelli Suite offers its guests a rich Italian breakfast. At breakfast, they serve baked bakery products, fresh fruit every morning, juices, coffee, cappuccino, all kinds of hot drinks and much more to delight their guests' palates.

The Morelli Suite offers your stay relaxation and tranquillity. Although, according to the Anti-Covid rules, they work to offer their guests a peaceful and safe holiday. They have introduced new procedures to make you feel safe without giving up a stay in Naples!