Do you know the statue of the four lions in Piazza dei Martiri?

Chiaia is one of the most elegant districts of Naples and it is the ideal place for shopping and for walks. Walking along its streets, we find ourselves in the cozy area of Piazza dei Martiri, where we can see the statue that overlooks the square. This monument has a high symbolic value because it represents the bravery, the sacrifice and the struggle for freedom.Years ago the square was called Largo di Santa Maria a Cappella Nuova. Ferdinando II di Borbone, in the second half of the IXth century, entrusted the restoration of this area to the architect Enrico Alvino; his intention was to dedicate the area to the fallen of the riots of 1848. After the death of Ferdinando II (1859), the mayor of the city, Andrea Colonna, decided to complete the project and to make Piazza dei Martiri the symbol of courage and redemption.In the middle of the square there is a column dating back to the Bourbon period, when the square was called Piazza della Pace. On the top of the column there is a winged statue, designed by the architect Emanuele Caggiano. This statue symbolizes the “virtue of the martyrs”. At the base of the statue there are four lions representing the Neapolitan martyrs from different historical periods. 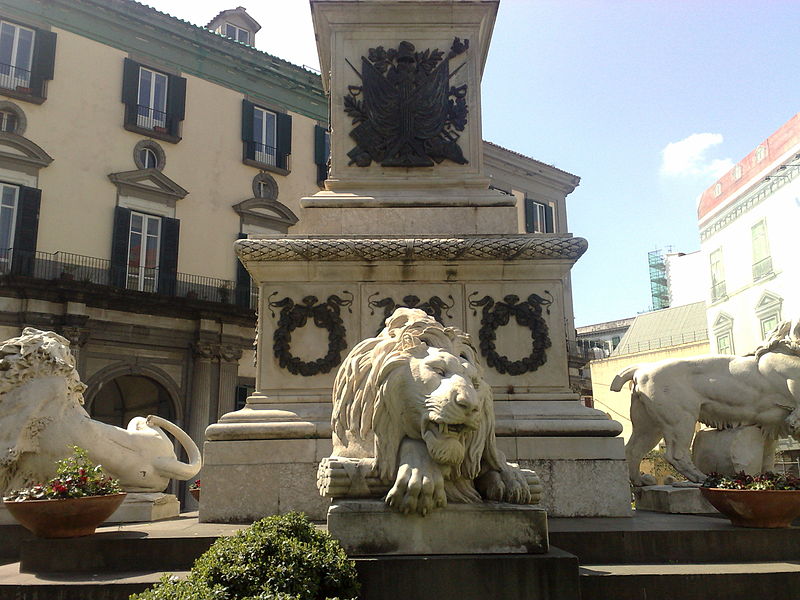 It represents the fallen of the Neapolitan Republic of 1799. It was made by Antonio Busciolano.

The lion pierced by a sword 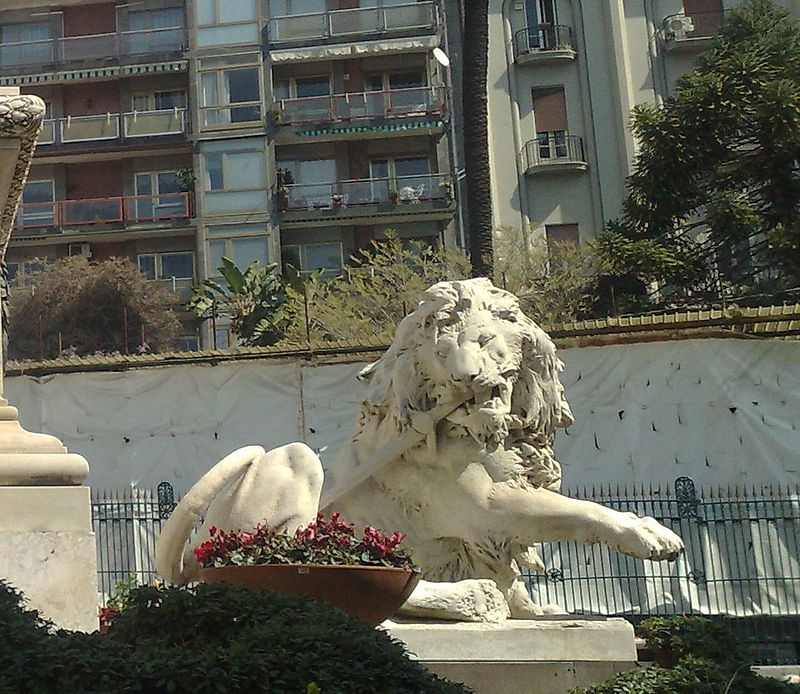 It symbolizes the fallen members of “Carbonari riots” of 1820 and was made by Stanislao Lista.

The lion lying down 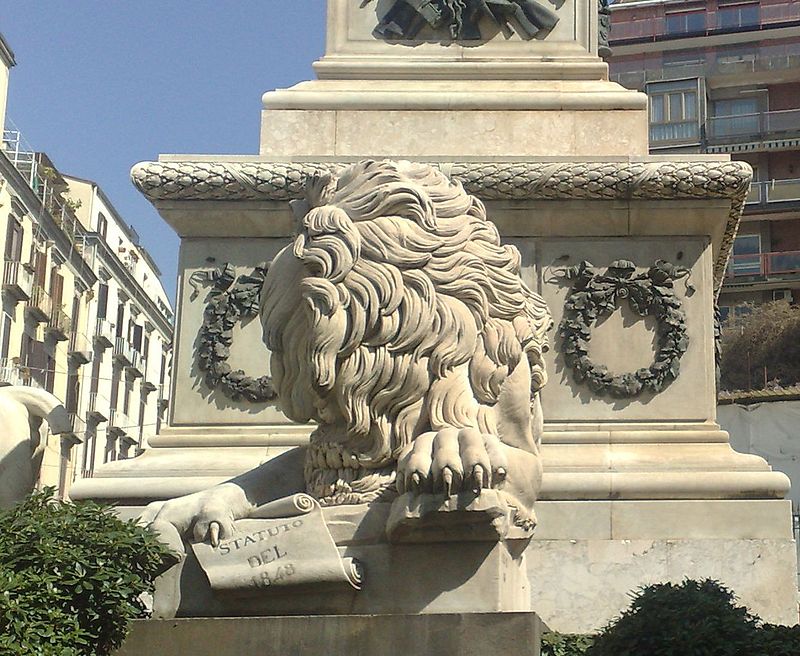 This lion keeps, under the pow, the Statute of 1848. It is dedicated to the Neapolitan people fallen during the riots of 1848. The work was realized by Pasquale Ricca. 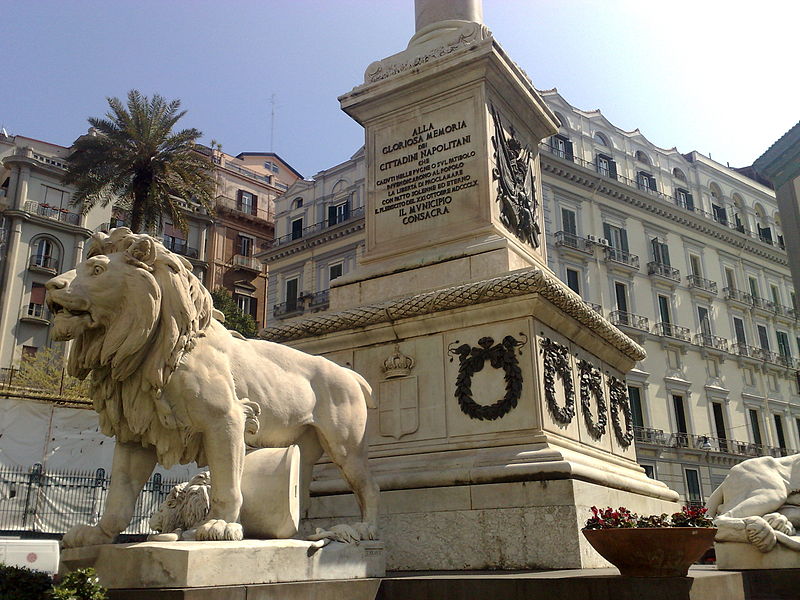 The lion grabs a prey, it’s dedicated to the Neapolitan people fallen during the “Garibaldini revolt” of 1860. It was sculpted by Tommaso Solari.

On the column, behind the lion standing, there is a plaque: