History and tradition of the Capodimonte porcelain

The handicraft is considered a real art in Naples, with such a sacred value, and it presents all the magic of the neapolitan passion and tradition. The Capodimonte porcelain is part of this handcrafted production, it's a culture that has origin at the middle of the XVIII century and continues nowadays.

Origins and history of Capodimonte porcelaine 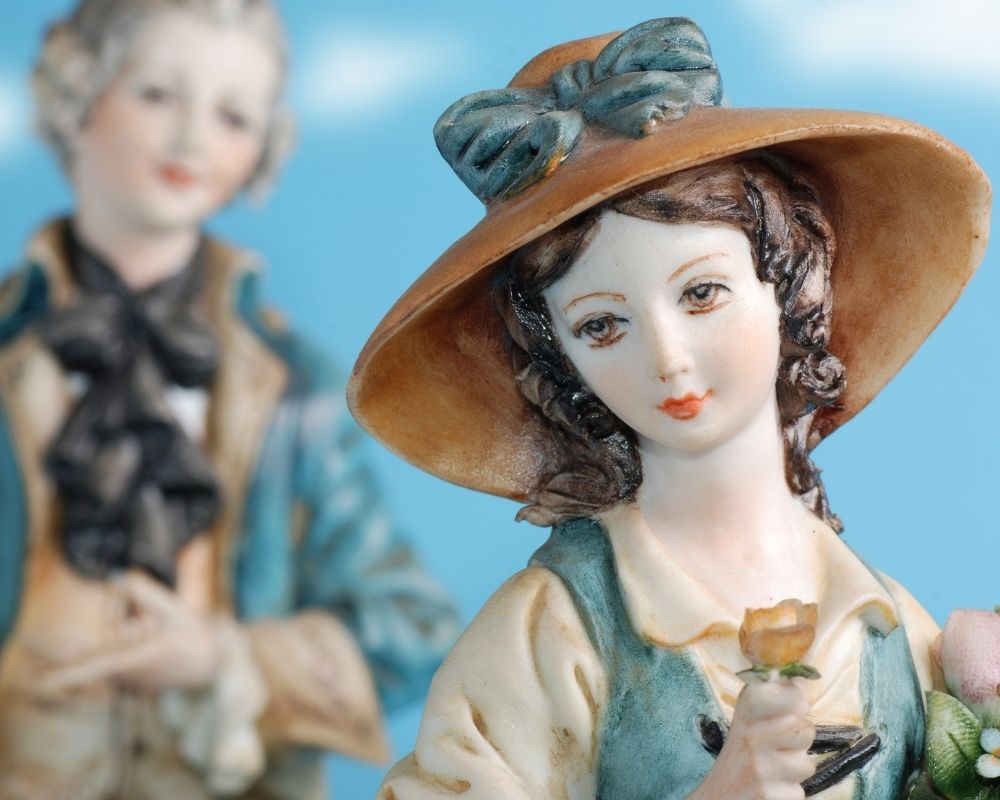 The royal family ordered to build the Real Fabbrica of Capodimonte, that became the most important porcelain factory in Europe, even better than the one from Germany. In effect, thanks to an innovative and unique technique, they created a "sottovetro" effect.

The innovation consists in the lack of the kaolin, a clastic rock that's usually very important to create the porcelain. This new technique uses a mixture of clay from the southern quarry. Therefore, the dough is tender and with a white colour, while the other productions don't have these characteristics.

When Carlo III Bourbon came back to Spain, he took with him all the porcelain producted. He considered these ones the most important royal manufactures, as he controlled with detail all the phases of the work. The porcelain enterprise got a hard crisis until 1773, when Carlo III's son Ferdinando IV founded the Real Fabbrica Ferdinandea, that collected the best european artists.

The period between the 1780s and the 1800s was the most important of the Capodimonte porcelain history, because there was Domenico Venuti who founded a real art school, where they produced so many precious vases that are still conserved in Capodimonte Museum.

Starting from the half of the XIX century there were the first domestic porcelain enterprises, while during the 1860s begun a long term of artistic crisis. There isn't anymore the fine style of the Bourbon, now there's a simple florial style that is nowadays main for the neapolitan porcelain manufacture.

Before the production, the artist has to draw the object he's going to make. Later, he has to use the lathe to compose the model in gypsum that will be sculpted by his hands. In this way, the artist will have the cast of the manufacture.

When the artist will have the mould in gypsum, he will pour in it the porcelain mixture. When the porcelain dry out, it will be cooked about 1250 degrees.

Therefore, the artist can paint the porcelain manufacture that will be cooked another time to define its colour. Then, the product is ready.

A close meeting with the Capodimonte porcelain

The charm, the history and the tradition behind the magic world of Capodimonte porcelain are really incomparable. It's a journey to breathe for a while an old and wise air that connects itself with the neapolitan passion of the end of the XVIII century.

The VEBO fair is a top event for lovers of this art, also known as international fair of the bonbonnière, the present and the house, that will be during the 1, 2, 3 and 4 ottobre 2021. That will be the 20° historical edition, and it will be located in the Mostra d'Oltremare in Fuorigrotta, in viale Fitzgerald Kennedy 54.

It's a big chance for each ceramic and porcelain lover, but for the exhibitors too who will have the opportunity to show their activities in a such great event. As the VEBO says, "to be there makes the difference", because it means give valure to theirself but to their company too, it means meeting the innovations.
Seguici sulla nostra
pagina Facebook