Islands of Naples: discovering the best places of Procida

Procida is, between the three Campania's islands, the one that kept distant from mass tourism and that's why it's so appreciated by nature and quiet's lovers.

With its colorful houses, the scent of lemons and a lifestyle still deeply rooted in tradition, Procida has also been able to inspire artists' creativity in more occasions. In fact Arturo's Island, from Elsa Morante's novel, was recorded here, Il Postino, by Massimo Troisi, and in its very little streets you can still admire the house of Graziella, the protagonist of the homonymous novel by Alphonse De Lamartine.

Here are six of the island's beauties you can't miss.

Islands of Naples: the beaches of Procida 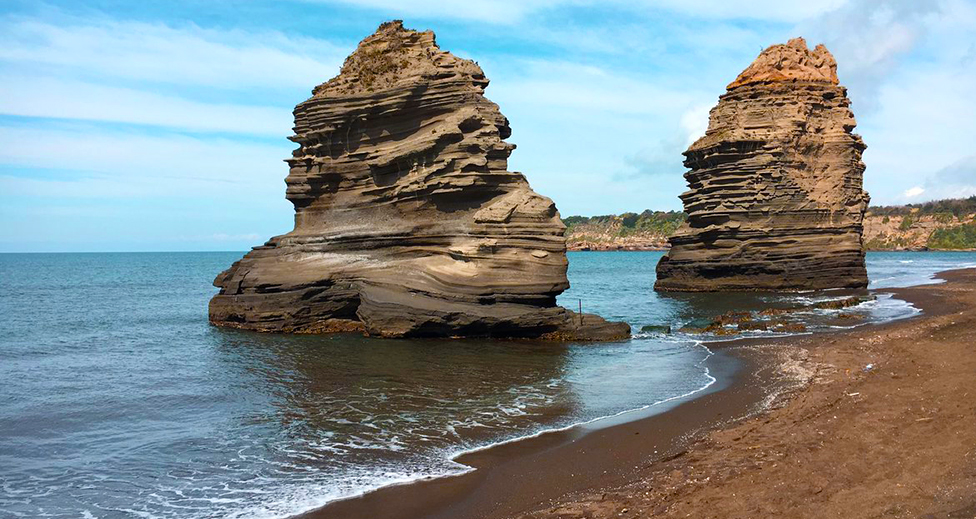 Procida has a blue sea and beaches with shallow waters also ideal for children. Don't miss Chiaiolella, with its dark volcanic sand, Pozzo Vecchio, a thin strip of tiny shingles and Ciraccio which is the largest and possibly the most visited. Chiaia too, reachable through a flight of 182 steps, is a must to see.

Also worth mentioning, the cliffs of Carbonchio, here there isn't sand, but here is where dive lovers will feel in paradise.

Island of Procida: the port of Marina Grande

This is the main port of the island, characterized by a village of multicolored, small houses on which stand the embattlement walls of a twelfth century building, Palazzo Montefusco and the baroque bell tower of the Church of Pietà.

A medieval village in the heart of the island wich, located high for (old) defensive reasons, offers wonderful panoramic views.

Even today it's surrounded by the sixteenth century walls that guard a labyrinth of narrow streets where it is pleasant to walk. Inside the walls you can admire the beautiful Palazzo D'Avalos, which can be visited with the purchase of a ticket , and the abbey of San Michele Arcangelo dating back to the eleventh century.

Marina Corricella: a trip back in time in Procida

This is the oldest and most characteristic maritime village of Procida, where the local architecture meets the Arab one with domed roofs and balconies closed by masonry arches.

Time seems to have stopped here; stop yourself between the multicolored houses being mirrored in the crystal clear water, watch the fishermen repair the nets and don't miss the chance to taste the typical cuisine of the island in one of the small restaurants that give the village life.

Architecture of Procida: the peculiarity of Casale Vascello

To protect themselves from Saracen attacks, the people of Procida built their houses grouped around courtyards, so that they mainly opened internally. Casale Vascello is a beautiful example of this building system and is still inhabited.

Today, as in the sixteenth century, it's only accessible by two small roads that could be closed in case of attacks.

Island of Vivara: where can you do whales and dolphins watching

Vivara is a small island connected to Procida by a bridge. It was once the crest of a volcanic crater, today is a small but awesome protected area. Here is possible to practice many activities surroundend by nature, as whale watching. You can go diving too, to admire the submarine archaeological finds.

Also, one of the most important colonies of dolphins of the Mediterranean lives off the island.

How to reach Procida You can reach Procida from Naples, Beverello pier, in an hour by ferry and 40 minutes by hydrofoil.

Procida can also be reached from Pozzuoli.