Naples is a famous city, home of pizza and pearl of the Mediterranean embraced by Vesuvius. You have surely heard of it, but do you know its neighborhoods? Come and discover them with us!

To comprehend the history of the districts of Naples, we must go back at least three centuries, when the Bourbon king Ferdinand IV, for administrative reasons, divided the city into 12 districts entrusting to each of them a Judge of the Grand Criminal Court. In this way, it was guaranteed public safety and a more modern administration.

The San Ferdinando district is one of the oldest in the city and is now dynamic and pulsating, bathed by the sea and loved by tourists and citizens alike. Don't miss it!

The points of attraction of the San Ferdinando district in Naples

Today, the San Ferdinando District is one of the best places to stay and stroll, being central and full of points of attraction. A crossroads of streets and alleys, a true cultural heart of the city, hosting several museums and theaters, and where cultural, sports, and artistic activities take life.

In this same square, you will find the historic Royal Palace of Naples, the residence of the Spanish viceroy for over one hundred and fifty years, then also of the Bourbon and Napoleonic dynasties during the decade of French domination.

Today it is a wide museum pole, including royal apartments, picture gallery, and place of archaeological findings. Moreover, it is the seat of the National Library, which preserves funds and collections of inestimable value.

Opposite the Palace, there is also the great Basilica dedicated to Francesco da Paola by the Ticinese architect Pietro Bianchi and today considered a masterpiece of Neoclassical architecture in Italy.

In a few meters, there are also: the nineteenth-century Galleria Umberto I, the San Carlo theater, the Church of San Ferdinando, and places dedicated to the arts such as the Polytechnic Circle and the small museum of Coral Ascione.

San Ferdinando, a district where to walk by the sea

This beautiful Neapolitan district is also a splendid overlook on the sea and is the ideal place for outdoor walks, enjoying the breathtaking view of Vesuvius.

Simply walking you can visit two ancient castles: Castel dell'Ovo and Maschio Angioino (also known as Castel Nuovo). Inside the latter also stands the Civic Museum of Castel Nuovo, with valuable collections of sculptures, objects, and paintings of the medieval era and the late nineteenth century.

The Castel dell'Ovo instead rises directly on the sea, on a small island called Megaride. It is accessible free of charge by reservation and offers panoramic architecture on the sea dating back to the fifth century. In addition, the site of art exhibitions and exhibitions of various kinds (the price, in this case, varies depending on the event).

The latter is famous for having witnessed the collapse of the Roman Empire, when the last emperor Romulus Augustulus was exiled by the Hun king Odoacer, right in this castle, putting an end to a historical period that lasted more than 1000 years.

Things you (maybe) know about the San Ferdinando district 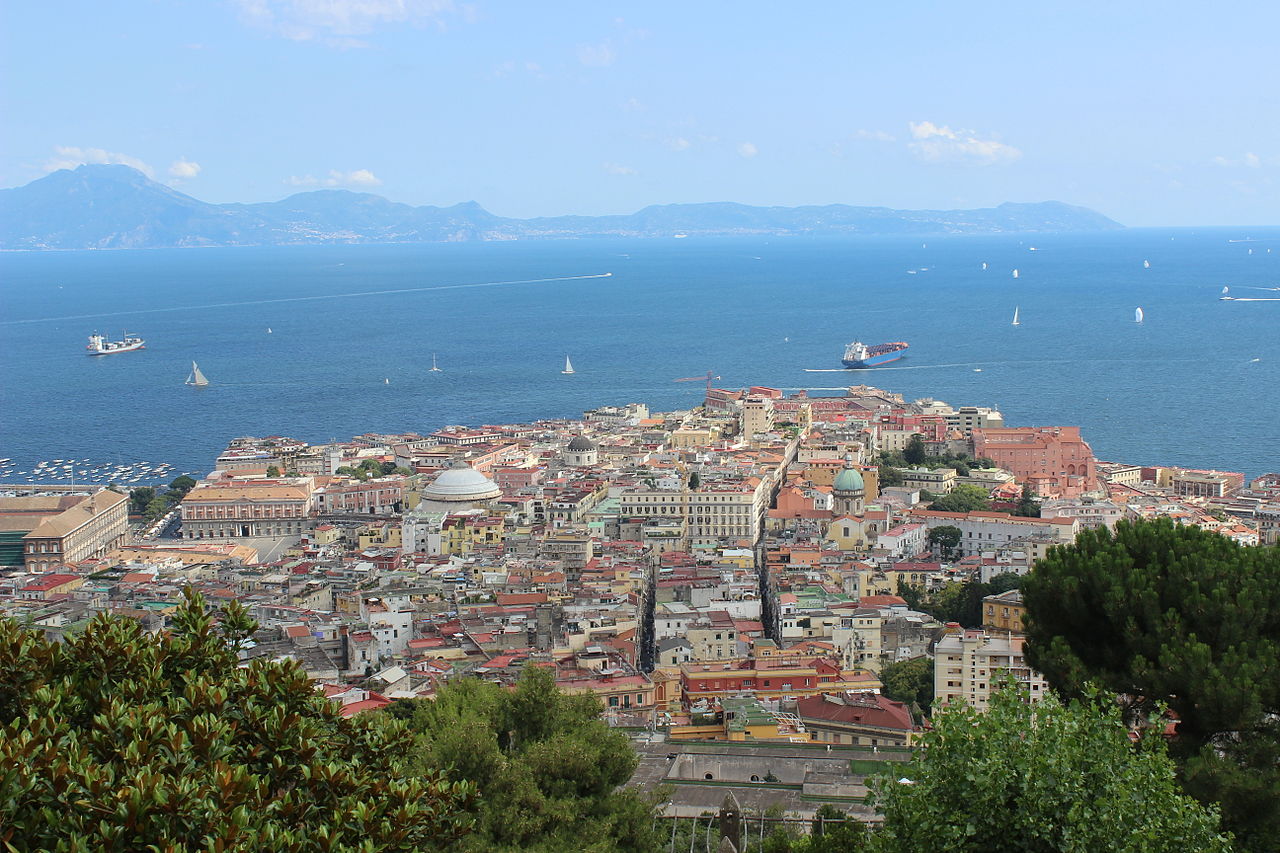 Did you know that the ancient Greek colony of Partenope (now Naples) started from this very district? We are in the area of Pizzofalcone near the rocky outcrop, entirely made of tufa, called Monte Echia; it was here that the Greeks from nearby Cuma found the ideal place to found a new town, in the eighth century BC.

The choice of this place was strategic, given the favorable position and the wrapping vision on the sea that allowed greater security in case of attacks by sea. The view on the Tyrrhenian Sea thus allowed and favored the development of commercial exchanges with the outside world.

Proper below Mount Echia there are still present a series of cavities. From these caves was extracted the tuff that today makes up most of the architecture of Naples. In that same place, there were also the ancient sources of sulfurous water, known as "water of the mummara" where the mummara were the typical clay amphorae with two handles, widely used by "acquaiuoli" (water sellers). These springs were then closed at the beginning of the '70s with the spread of cholera.