The Certosa di San Martino: one of the highest points of the city 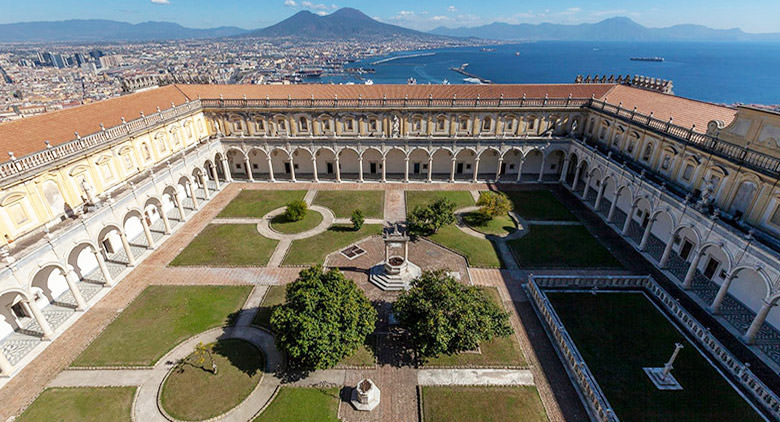 The Certosa di San Martino is a beautiful monastery, in Vomero built in 14th century just next to Sant’Elmo castle, on one of the highest points of the city. Back then, it was a huge engineering and architecture achievement, advanced for its size and location.

The life of monks in the monastery was strictly closed. The monks stayed all the day in their cells and in the night, after about 2 AM they were leaving their rooms and joining in the inside garden for a prayer that lasted until the sunrise.

It is absolutely one of the largest religious monument complexes in the city and one of the most successful examples of Baroque architecture and art along with the royal chapel of the Treasure of San Gennaro, as well as the collection of Neapolitan paintings of the seventeenth century.

It has about one hundred rooms, two churches and four chapels. The museum is full of works of art, historic relics and big nativity exhibition. Not to mention the beautiful gardens or the view of the city. Here you can see wonderful Panorama of all the city or catch the most amazing picture of Vesuvius.

How to reach the Certosa di San Martino by public transport

From the central station of Piazza Garibaldi, take the Metro Line 1 and exit at the Vanvitelli stop. Continue walking for one kilometer on the hill before reaching the Certosa.

Alternatively, wait for a bus at the stops just above Piazza Vanvitelli and get off at the stop before the San Martino descent. 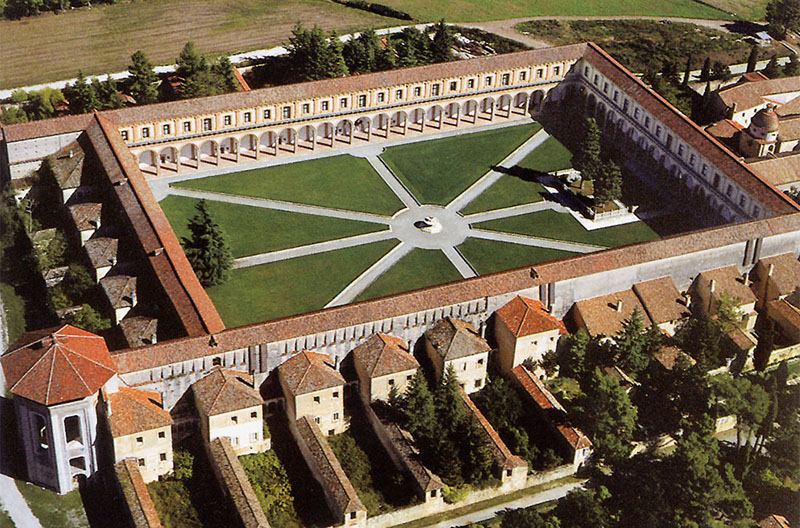 Certosa San Lorenzo di Padula is the biggest monastery complex of its kind in all the Italy, and, also, is among the biggest ones in Europe occupying an area of 51,500 m². Located in the small city of Padula, Salerno province, the San Lorenzo Certosa makes part of UNESCO heritage with other important nearby sites, such as the ancient city of Paestum or the national park of Cilento.

This Certosa was the first monastery of its kind built in the region of Campania, even before the previously mentioned Certosa di San Martino. The construction of the complex started in 1306 in the will of Tommaso II Sanseverino the duke of Marsico. The rich and powerful duke constructed the enormous monastery in his own land. The lands soil was so fertile that the monks were growing and producing various goods like fruits and vegetables, oil and wine not only for their personal use but also as a commercial activity. This agriculture activity was vital for all the nearby territory and in years the monks were growing their importance until the period of Napoleon.

In 1807 the monks were transferred and the monastery itself became a prison. Many historical and artistic items were stolen. In 1813 in the Royal Museum of Naples were registered even 172 paintings taken from the Certosa of San Lorenzo. Once a great monastery, after the period of Napoleon could never reach the previous importance. And again, in both world wars, the complex became a prison and concentration camp.

Since 1957 the Certosa of San Lorenzo houses the provincial archaeological museum of western Lucania. For its incredible beauty the monastery was used as a film set in many movies such as “More than a Miracle” directed by Francesco Rosi, with the beautiful Sofia Loren and Omar Sharif or an Italian comedy “Cavalli si nasce” directed by Sergio Staino.

The baroque style complex is composed of 350 rooms, three cloisters, a garden, a courtyard, a church, also, traditionally, a refectory, library, the treasure room and the cloister of the ancient cemetery. The big garden occupies the territory of 15 000 m² and is the biggest monastery courtyard in the world. The Certosa of San Lorenzo is one of the most sumptuous Baroque monumental complexes in southern Italy.

La Certosa takes the name of "San Lorenzo" from a previously erected church, dedicated to this saint.

Coming to Naples you will want to visit Certosa of San Martino and Certosa of Padula, that's sure.
Many tourists who think of visiting so many museums and art galleries during their stay decide to do it by purchasing Naples Pass.
The Naples pass is a card for museums in Naples that will allow you to access special discounts and concessions in the main museums and art galleries of Naples, including the certoses, thanks to the partnership with Campania Artecard, as well as in many activities and attractions. The Naples Pass can be purchased in advance and activated once you arrive in Naples, which is why many tourists buy it during the planning of their trip to Naples.
Seguici sulla nostra
pagina Facebook