Pompeii: 10 amazing facts that you may not know

Pompeii is the ancient city that was buried by the eruption of Vesuvius, which occurred in the 79th year of the Christian era. Its integrity, preserved by the ash, makes it an unmissable destination for those visiting Naples. The archaeological site of 400,000 square meters is an exciting leap in the past that allows tourists to enjoy the daily life of a city of 2000 years ago. Pompeii is a totalizing experience that fascinates all types of people, with its large temples and its rich villas in verdant gardens. But do you know the secrets behind this mysterious city? Here are 10 amazing facts that you may not know!

10 - Vesuvius was not considered a volcano The ancient Pompeians believed that Vesuvius was a mountain. It was a surprise for them to see it break out. The event was of such importance that it was on that occasion that the ancient Romans created the word "volcano", by the divinity of the destructive fire.

9 - Pompeii possesses the oldest amphitheatre in the world

The Pompeii's amphitheatre is the oldest in the world. From 70 BC, this monument was home to great circus games as well as fights between gladiators. These events were advertised through graffiti painted on the walls of the houses. Wine was one of the favorite drinks of the ancient Pompeians, to the point of appearing in many frescoes. But did you know that today, in the green areas of archaeological excavations, there are vineyards that give birth to a fragrant wine, the Villa dei Misteri?

7 - The hands of the citizens are impressed on Pompeii's fountains 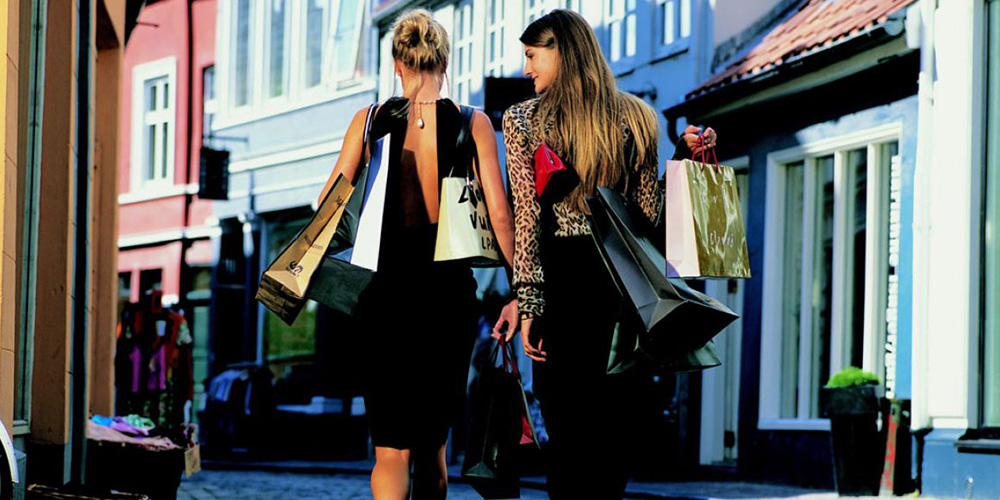 Scattered in the streets of the city there are large fountains that served to refresh the citizens. On their edges, strictly in stone, you can notice grooves, signs of wear caused by the hands of those who leaned to the fountains to drink. 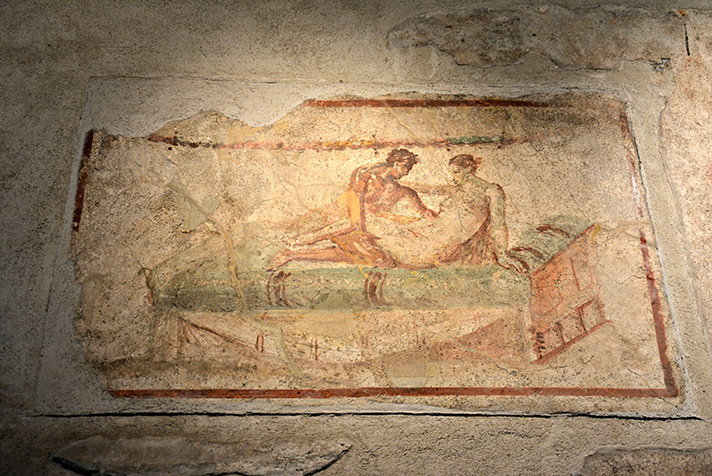 5 - Pompeii gave its name to a color There is a color that was very used in Pompeii: the red. Pompeian red is a shade of color obtained from a special mollusc paste. Other colors used in the city are the blue and the black, lavishly rich because they are made of precious stones.

4 - In Pompeii you can see the ancient citizens 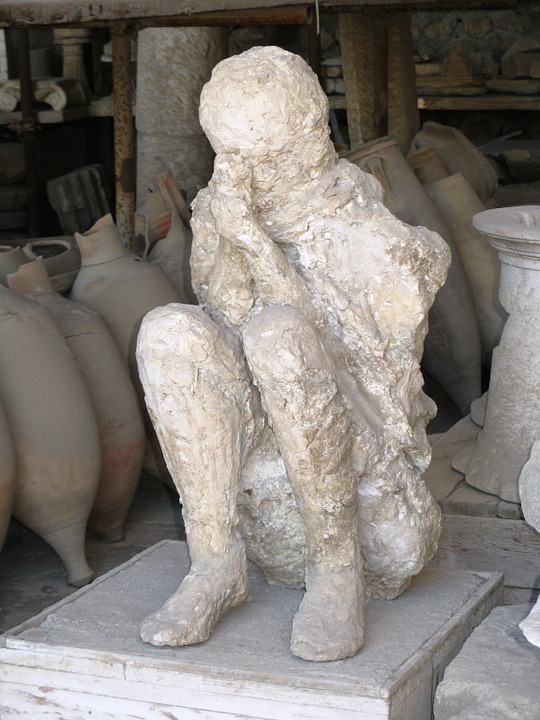 Pompeii boasts a thousand casts, authentic photographs of the ancient Pompeians in the act of dying. These finds are very important because they show us how they were doing and what they used to wear in the place 2,000 years ago. The most famous casts are those of the two lovers embraced, who inspired the movie "Pompeii" by Anderson. However recent studies have found that the two lovers were men and not a man and a woman, as in the movie.

3 - Pompeii is scattered with propitiatory flaws 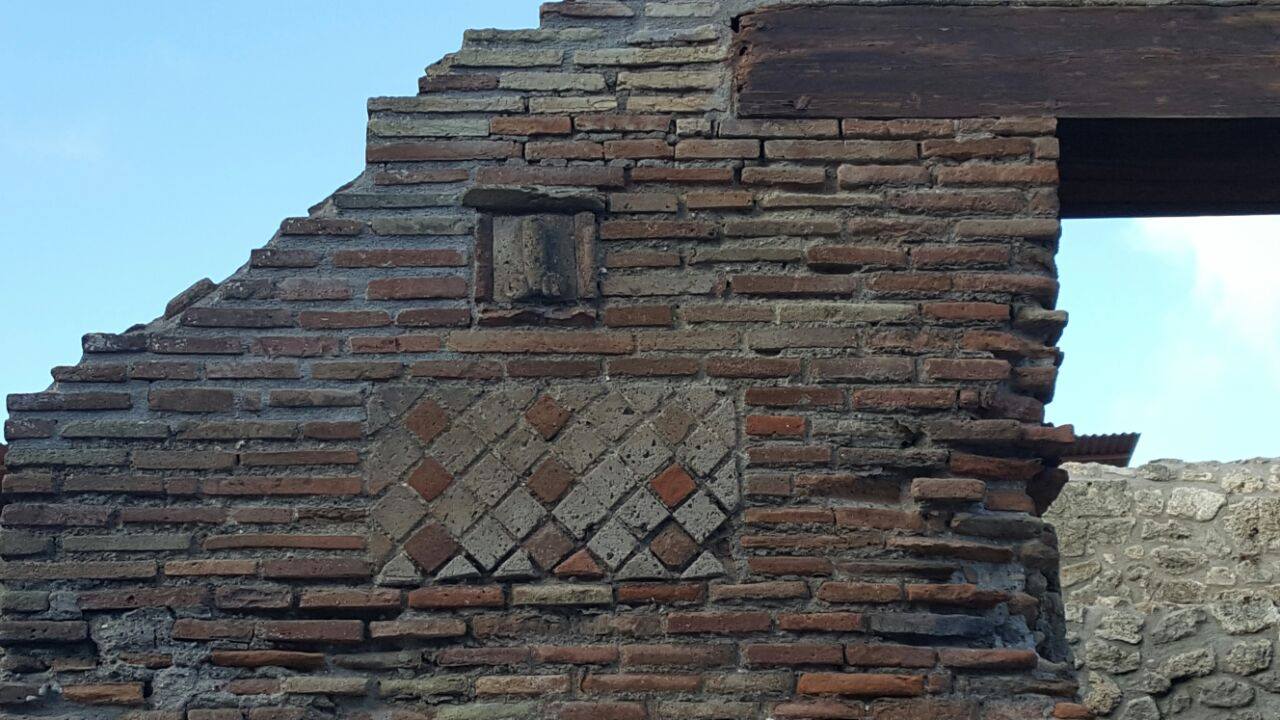 For the ancient Pompeians the foul was a mighty lucky charm and was often brought to the neck as a pendant, depicted in frescoes and engraved on the houses. In the House of Vettii, for example, there is a precious fresco depicting Priapo with a big foul, a symbol of luck.

2 - The prophetic divinity of Pompeii is Venus, the goddess of beauty

The patron saint of Pompeii is Venus, the goddess of beauty and love. In her honor, the most sumptuous temple of the city was built in a panoramic position on the Gulf of Naples. The temple, dating to the 1st century BC, is still to be visited, although lacking in original marble decorations. 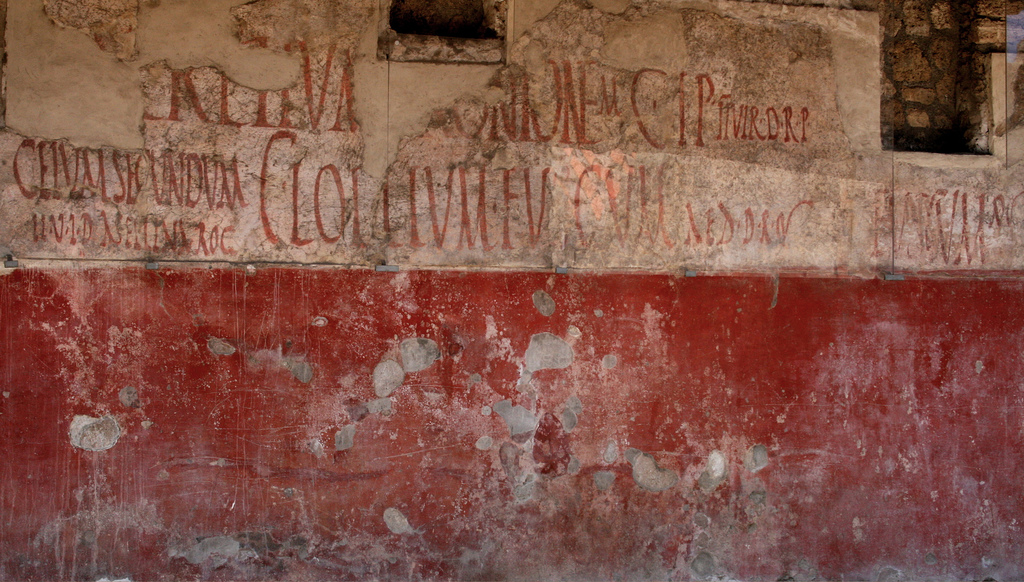 There are numerous graffiti on the walls of Pompeii, tangible testimonies of everyday life of the citizens. These are often electoral posters, in which the names of candidates were written with their slogans but also love phrases. One of the most famous: "Lovers, like bees, spend a sweet life like honey."