San Carlo Theater: the oldest opera theater in the world

Naples, one of the most important capitals of European culture since forever, is endowed with many awesome theaters, but the oldest and most beloved is certainly the San Carlo. Through three centuries of uninterrupted glories this theater has become an opera's temple and one of the most representative symbols of the city.

History of the San Carlo Theater

Wanted by King Charles III of Bourbon in 1737, decades before the birth of the Scala in Milan and the Fenice of Venice, it is the oldest opera house in the world still working. It was also the first to restart in the aftermath of World War II. All the great names of opera and dance, first from Europe and then from all over the world, have trod its scenes.
From the most famous authors of the Neapolitan school, as Cimarosa and Paisiello, to the major Italian composers such as Rossini, Paganini, Bellini and Verdi, all the great artists loved this theater and here they wanted to represent their works. Gaetano Donizzetti wrote seventeen special operas for the San Carlo. Together with them, of course, set designers, costume designers, musicians, but also nobles, politicians and intellectuals.
Even the Neapolitan revolution of 1799 passed from here. An ode to freedom written by Cimarosa was performed on the stage of this theater, triggering the enthusiasm of the revolutionary audience.
The current appearance of the building dates back to XIX century. The front with neoclassical elements and the interiors characterized by white and gold stucco and rich red velvets, were designer by Niccolini, the architect who restored the entire theater in the first half of the nineteenth century, after a violent fire.

San Carlo Theater: how to visit 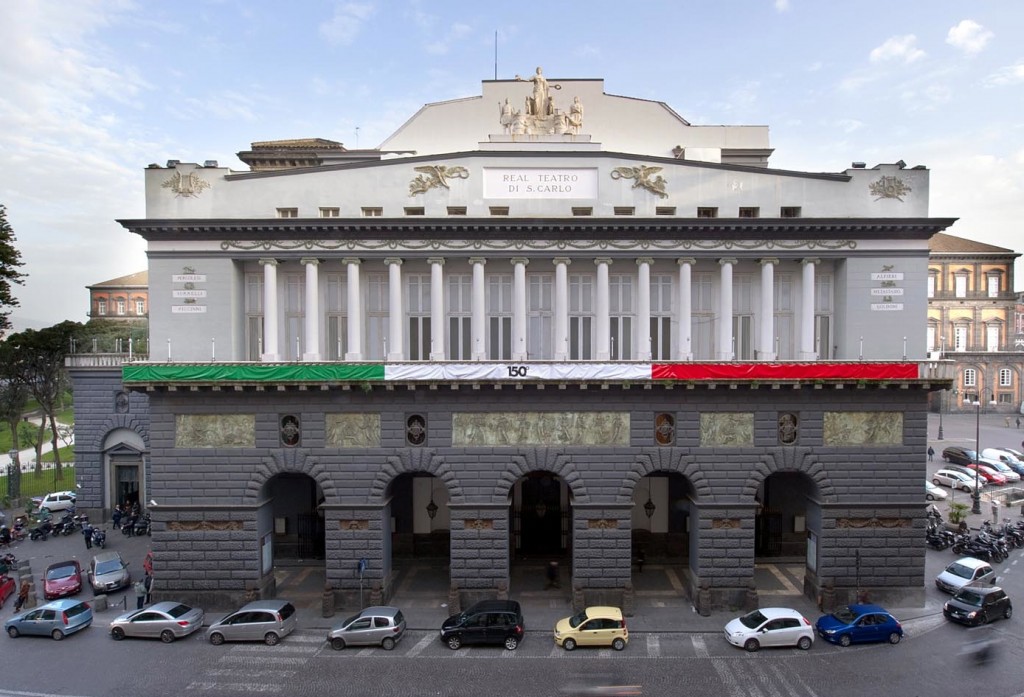 See an opera in this theatre is a unique experience, a show inside the show, but the theater can also be visited as a real museum. It's located in via San Carlo 98, between Galleria Umberto I and Piazza del Plebiscito.
With a guided tour in Italian or English, every day you can access the theater choosing from six different turns. The visit includes the historical hall, the boxes, the foyers and, with an additional ticket, also the Multimedia Museum.
Please keep in mind that the visits have to be compatible with the activities of the theater. In case of rehearsals the access to some areas may be limited.
Seguici sulla nostra
pagina Facebook