The Amalfi coast: what do you see in the pearl of the Mediterranean

All the towns of the Amalfi Coast 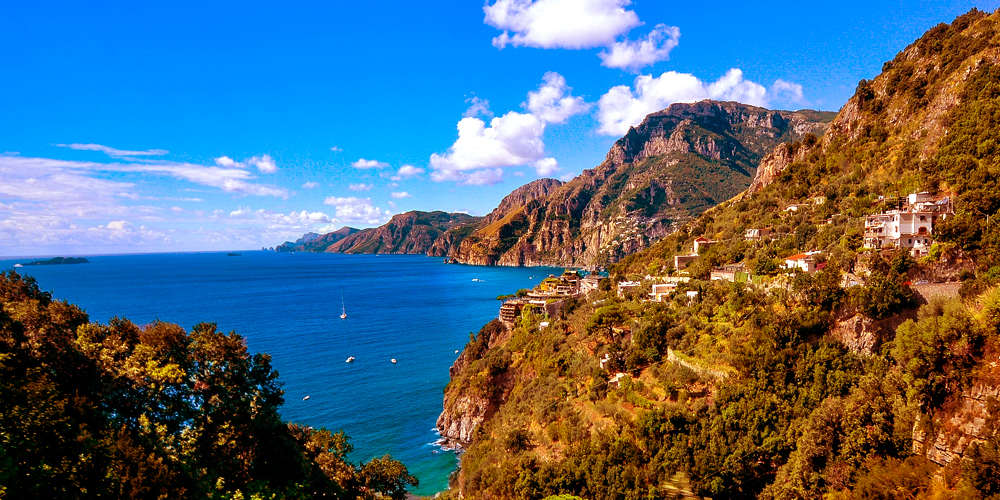 The Amalfi coast is one of the pearls of the Mediterranean Sea. Its landscapes between sea, sun, colours and breathtaking views are unmissable and inimitable all over the world. Its uniqueness is so appreciated that it is one of the most popular destinations for those who come to visit Naples and its surroundings.

On the coast, there are some of the most beautiful treasures of Campania that overlook the Tyrrhenian Sea and which arise on the slopes of the Lattari Mountains: Positano, Ravello, Maiori, Minori and of course Amalfi.

What do you see on the Amalfi Coast

The Amalfi coast is a small treasure box but contains many beauties and experiences that deserve to be seen, tried and experienced all. But visiting the Amalfi Coast and seeing all the main attractions would not be enough even a week, so it might be useful to find out which are the best attractions to see or try absolutely.

From the Amalfi Coast to the Sorrento Coast: the Path of the Gods

The Amalfi Coast ideally begins with the path of the gods which from Agerola reaches Nocelle, a settlement of Positano and which allows you to take a nature path through caves, pine forests and extremely suggestive views of the sea. The nature path on the Lattari mountains is proper for walking and hiking enthusiasts, covering a strip of the coast of almost 7 km.

Positano, on the other hand, enjoys an international reputation. Populated almost every month of the year, it is during the spring that it shows its beauty. Getting lost in its streets that unravel between the houses clinging to the coast that seems built on top of each other give a suggestive verticality, which slopes down to the sea. Among the major cultural attractions is the Church of Santa Maria Assunta with the dome that stands out among the small colourful houses and the production of clothes and sandals that are sought after all over the world.

Marina di Furore and the Conca Dei Marini were united together until the Second World War when Conca Dei Marini then decided to separate from the small village of Furore. They have in common the naturalistic beauty. Furore is known for the beautiful fjord that has been dug by the incessant erosion of the Schiato river that rises from the Lattari mountains and flows into the sea at this point. The fjord of Furore is known for the suggestive bridge of the state road that passes right on this amenity.
Conca Dei Marini is also known for its natural conformation. It is one of the smallest towns in Italy (about 600 inhabitants) but manages to hide some beauties such as the Emerald Grotto, reachable by sea from Amalfi and discovered only in the 1930s.

Things to see in Amalfi

Amalfi is the pearl of the coast, not only because it gives it its name but also because it has a thousand-year history that still echoes in the streets of the small town today. It was one of the Maritime Republics, together with Genoa, Pisa and Venice and even today, between regattas and museums, this glorious piece of history is still remembered. Not to be missed is the Amalfi Cathedral, also known as the Cathedral of Sant'Andrea, unique both for its colours and decorations. The Cathedral is part of a larger complex which seems to have formed from the aggregation of various religious buildings, including the Cloister of Paradise and the Church of the Crucifix. The interior has six naves and at times purely Romanesque, while the exterior has a strong neo-Moorish and at times neo-Gothic influence.
Furthermore, Amalfi is also known for the Paper Museum, housed in a paper mill that was very popular along the entire coast, so much so that it still forms the Valle Delle Ferriere today.

A few kilometres from Amalfi there is a real cave of colours and scents which, being more than 300 meters above sea level, offers a breathtaking view of the coast. Among the best attractions, there are those related to music and the colours of nature. In fact, among the things to see, Villa Rufolo and Villa Cimbrone stand out.

The first is a stately building transformed into a real stage for musical and social events which, together with the Ravello auditorium, by Oscar Niemeyer, a Brazilian architect with organic and sinuous shapes, embellishes the musical tradition of the Amalfi Coast. On the other hand, Villa Cimbrone is a noble palace famous for its wonderful garden which preserves some of the most particular species of the entire coast.

The last stop, in geographical terms, of the Amalfi Coast is Vietri Sul Mare. The city is famous for its centuries-old tradition of ceramics, famous throughout Italy, so much so that a real museum has been dedicated to this art, the Vietri Ceramics Museum. The potter tradition does not even leave the local architecture unscathed, so much so that it relives in one of the most iconic buildings of the city, namely the church of San Giovanni Battista, which has a completely tiled dome. The church has a mixture of styles ranging from Baroque to Romanesque, up to the local Renaissance style.

Furthermore, Vietri has a large expanse of beaches being the most popular destination for the inhabitants of the neighbouring territories.

The small villages of the Amalfi Coast

These are the must-see places on the Amalfi Coast if you are visiting these places and which you can enjoy in a few days, but the long coastal strip deserves to be experienced for much longer. In fact, other amenities are missing such as Praiano, Maiori, Minori and many other beauties, without forgetting all the beaches that the Tyrrhenian Sea bathes incessantly.
What are you waiting for? Come and experience the beauty of the coast without time limits.
Seguici sulla nostra
pagina Facebook