The Cave of San Michele: journey through early-Christian Campania

The grotto of San Michele: a special sanctuary in Salerno 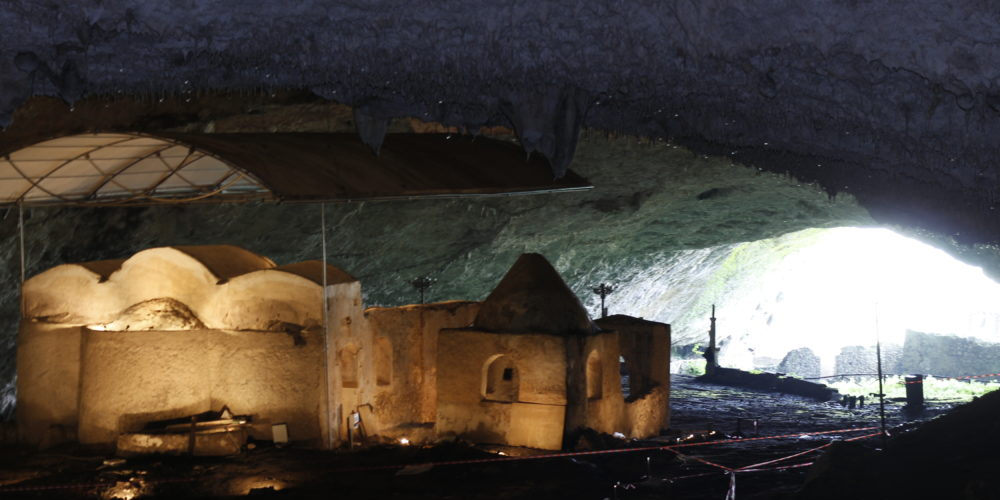 Between Naples and Salerno there is a strip of land that preserves unique historical beauties. Among these beauties is the Cave of San Michele, an early Christian sanctuary created inside a cavity in Olevano sul Tusciano.

The cave contains dozens of paths between the bright stalactites and stalagmites, which gleam, struck by the light that filters through these meanders for about 900 meters, and five chapels scattered along the entire route.

A stage of pilgrimage in Campania: the sanctuary of San Michele

The first dated records of the sanctuary of the cave of San Michele, date back to the 9th century AD, as it was a stop on the pilgrimage routes of the monks who went to the Holy Land.

The complex is located on Mount Raione, where a deep natural cavity opens. The cave has a unique peculiarity, in fact, it is not a cave sanctuary with frescoed or painted walls, but, inside it, real autonomous structures have been built that serve as basilicas and chapels, which enclose in itself the places of prayer of the early-Christian era.

The artistic style of the San Michele's Grotto

The cave, as mentioned above, contains a basilica and five chapels, with numerous and wonderful early-Christian and Byzantine frescoes.

A wall in local stone closes part of the entrance to the cave, and after a path between ramps and tiers we reach the first place that houses two chapels. The largest is the basilica, called of the angel, in which are preserved dozens of frescoes on the life of Christ , while the other is a smaller chapel that preserves the fresco of the Madonna Hodighiatria. Among these there is a path that leads to the ruins of three other chapels and to other particular places of worship, like a baptismal font perpetually filled by the water, that drips from the limestone rocks of the cave.

How to reach the cave of San Michele

Reaching the cave of San Michele is truly a pleasant sight for lovers of nature trails. Starting from the Tusciano river, after several paths and routes throughout the nature of these places, you reach the beautiful cavity that houses the sanctuary.

Are you passionate about architecture and nature trails? You can't miss this beauty of Campania.