The Monastery of San Domenico Maggiore of Naples: 7 facts

The Monastery of San Domenico Maggiore is an unmissable stop of the historic center of Naples. The church dominates the homonymous square as a majestic queen internally dressed in gold Baroque, covering its original Gothic skin. The convent, instead, staid on the sidelines, hidding behind the “vico” its accesses confluents in the verdant cloister of San Domenico, inhabited by four statues of Dominicans Saints.

Both the church and the convent can be visited for free. They preserve one of the most important religious complex in the city, a home for Dominican friars, where lived important personalities such as Thomas Aquinas and Giordano Bruno, and where you can admire astoning works of high esteem artists such as Cavallini and Solimena.

Here are the 7 curiosities on the monastery you may not know: Have you ever heard the expression "Have voice in chapter?". It originates from the canonical colleges of a monastic community, in which only some members had the right to speak and deliberate during the writing of the Chapter. The Sala del Capitolo, located in the convent of San Domenico Maggiore, is the room best preserved throughout the time and it represents the most impressive goal of the expansion works commissioned by the prior Tommaso Ruffo, around the end of the seventeenth century. The room is embellished with precious stucco decorations made by Cosimo Fanzago and pictorial decorations realised by the Sicilian painter Michele Ragolìa who depicted the Calvary, scenes of the Passion and Martyrdom of Christ.

2. The single-lancet windows recovered from the restoration works 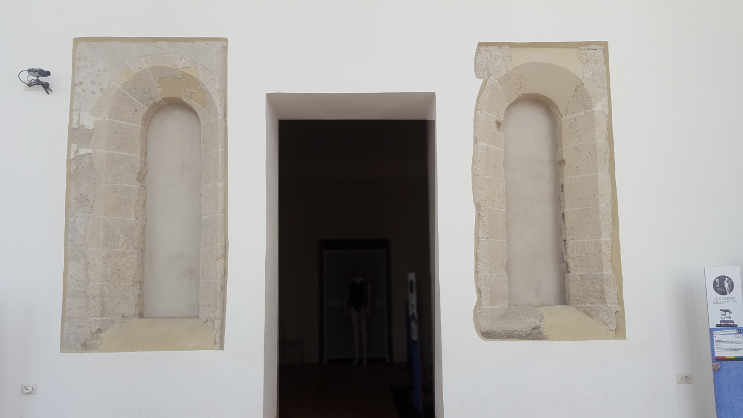 In one of the corridors of the convent we find a wall with three single-lancet windows of recent and unusual discovery. They have been brought to light by the excavations carried out during the site restoration work, between 2006 and 2011. The presence of the three single-lancet windows was only signalled by a window of the Sala del Capitolo with a trompe l'oeil painting. This pictorial technique, as is well-known, is based on the two-dimensional reproduction of reality. Therefore, from the window overlooking the corridor, the three single-lancet windows had to be really visible, at least in the past. The restorers have so dug along the wall in question and have so effectively recovered them. They have great historical interest because they make us realize that the structure had already a first floor in pre-Angevin times. 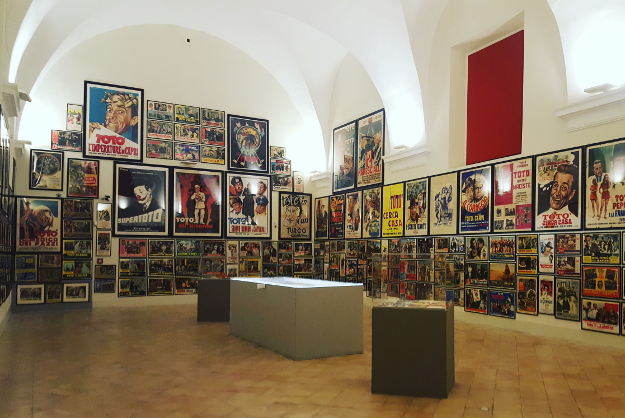 The Monastery of San Domenico Maggiore has a story of transformations and changes. During the course of the centuries, the building obtained different destinations. Between 1865 and 1885, with the suppression of religious orders, the Dominican monks had to abandon the convent, which received questionable adaptations such as gyms, schools, shelter for beggars and Court. Today it is also the environment where take place fashion shows, theatre performances, conferences, book presentations, food and wine events and interesting exhibitions of various nature. A look at the event scheduling is always advisable if you are in town.

4. The Machine for the Forty Hours

Something unusual and surprising lit up the Church of San Domenico Maggiore. It is a Machine of Wonders: the Machine for the Forty Hours. This is the only device of this type still existing in Naples and therefore only visible here. The baroque equipment, used for the Eucharist adoration, illuminated the church overwhelmed by the darkness with oil lamps and candles, for 40 hours, starting with Holy Thursday. The "40 Hours" relate to the period that Jesus spent in the tomb before the Resurrection. The spectacular triumph of lights is visible to any visitor you want.

5. The miraculous Crucifix that spoke to St. Thomas Aquinas 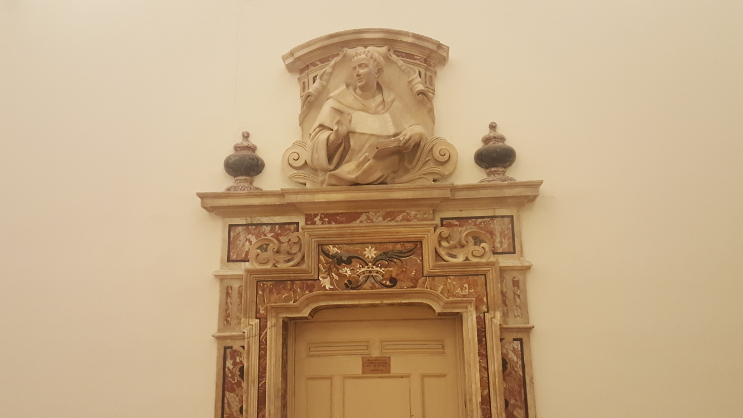 Thomas Aquinas, the Doctor Angelicus, pillar of theology and philosophy of the Catholic Church, lived and taught in the Monastery of San Domenico Maggiore between 1272 and 1274. The cell in which the Dominican Friar carried out his liturgical studies and received his students, can be visited on the first floor of the convent. Its monumental entrance is made up of a portal in mixed marbles and it is surmounted by a half body sculpture personifying the saint, realised by Matteo Bottiglieri. Inside the cell, above the altar, there is the original 13th century painting of the Crucifix, whose copy is present in the Chapel of the Crucifix of the church itself. According to the testimony of the sacristan, the crucifix impressed on the pictorial table miraculously spoke to Saint Thomas, saying: "Thomas, you wrote well of me. What reward do you want? " The saint, radiated by a ray of light, replied, "Nothing but you, Lord."

6. The headless statue of Tommaso Ruffo 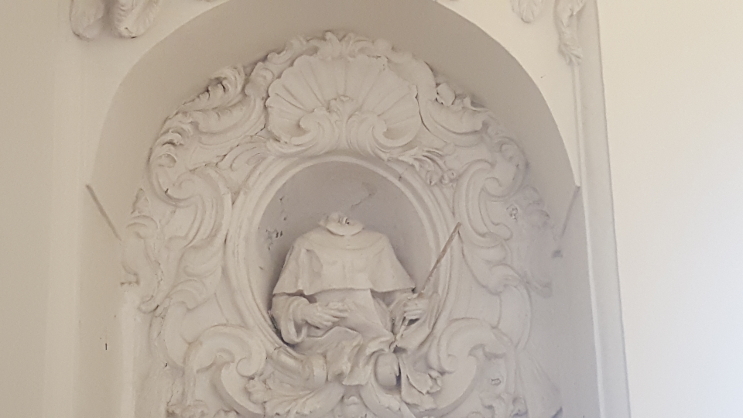 Once you crossed the large staircase leading to the first floor of the convent, turning your gaze on the left, you can see a headless sculpture, whose head is disappeared. The man represents Tommaso Ruffo, Duke of Bagnara. Under its priory, the Monastery of San Domenico reached its maximum development, so that visitors compared it to a true “city into the city”. Starting with 1669, the prior Ruffo promoted remarkable works to safeguard the environments linked to the secular history of the monastery. So, during the 17th century the building became a forge of imposing proportions.

The first chapel on the left aisle inside the Church of San Domenico Maggiore is the “Chapel of Zi 'Andrea”. In it we can see a copy of the canvas of the Flagellation by Caravaggio, replacing the original painting, today exposed in Capodimonte. We also find a wooden work known as “Madonna di Zi 'Andrea”, which gave its name to the chapel. It was commissioned in 1675 by Friar Andrea d'Auria of Sanseverino of the Order of the Dominican, who was loved by the faithful. For this reason they called him "Uncle Andrea". The legend said that the friar requested this statue for a lady but, after finishing the work, she rejected it as she was not satisfied with the face of the Virgin. The friar decided to hold the statue for himself and the legend said that the next morning he found it with a more graceful face than the original made by the artist.