the National Archaeological Museum of Naples: discover the origins of Parthenope

Things to see in Naples: the National Archaeological Museum of Naples

The MANN (National Archaeological Museum of Naples ) is one of the most visited museums in Naples. IIt is often called the '' Museum '', thanks its importance for the city of Partenope , in fact, in fact, it gives its name to the nearby metro station and the surrounding area.

In the hearth of the historic center, at the corner of a large square where due to the usual presence of traffic it is advisable to go on foot , you find this huge building waiting to be visited like a sort of time travel.

Inside the National Archaeological Museum of Naples we can find a great variety of historical objects from the history of Naples, from its origins of Parthenope . It has impressive collections of vases, coins, jewels from the Greek and Roman era of the city. The collection of epigraphs and the Farnese collection are a must.

The building is so large it has gardens inside, beyond the warehouses, the archives, the printworks, and library. The rows of statues, many of which are Roman reproductions, that surround the visitors. Besides Greek and Roman objects, the Egyptian section has recently been reopened, this exhibition is among the most popular in Italy. 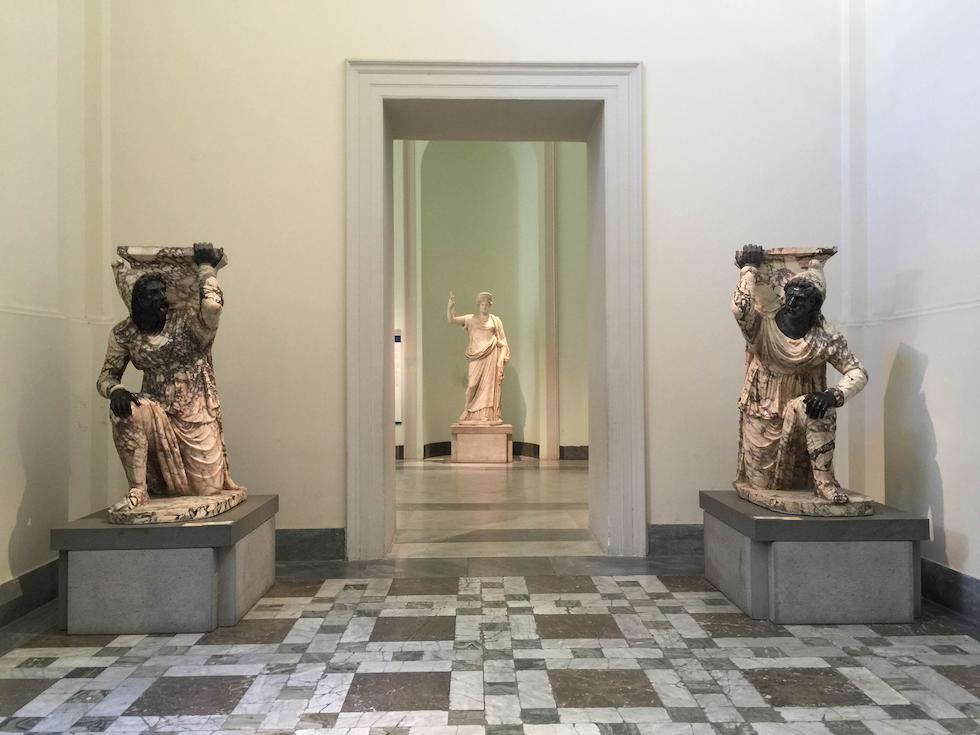 At the Archaeological Museum of Naples there is also the possibility to see temporary exhibitions, another interesting things in this museum. The museum is open to all, with a small exception. You must be 18 years old to enter in the secret cabinet. Here are works of art that show the conception of the ancients that moderns could call "free love".

In short, it is more than a simple museum, it is a museum that really attracts many people , not only for archeology. It is part of the city so much that we can't imagine it without the museum.

National Archaeological Museum of Naples: how to get there

The MANN is located at Piazza Museo, 19. It is very easy to reach the museum by metro: line 1, stop Museo, line 2, Piazza Cavour, both depart from the central station of Piazza Garibaldi. The museum is open every day from 9.00am to 7.30pm, except Tuesday. The full ticket costs 12 euros, there are discounts and areas for children.