The return of Futuro Remoto in Città della Scienza: many new interactive events

Città della Scienza is since 1996 the first interactive science museum of Italy, even if it was active already since 1987 with the first edition of Futuro Remoto. This festival had an extraordinary success and now is at its 35th edition, that will be on scene from 23th November to 3rd December.

This year the main theme is the one of "Transitions" in every each forms, trying to point out about the science impact over quality of life and environment. Moreover, the festival wants to let science near contemporary society.

The Transitions explained by 400 activities

The first of all the activities is on 23th November and it's the opening event of this 35th edition. During this conference, Maria Cristina Messa, Minister of University and Research, will intervene. There will be Giorgio Parisi too, italian academic physicist who won a month ago the Nobel Prize for physics.

After the opening event, there will be the connection with the Stazione Dirigibile Italia and the exposition of alien Blue Crab, with a food experience too. 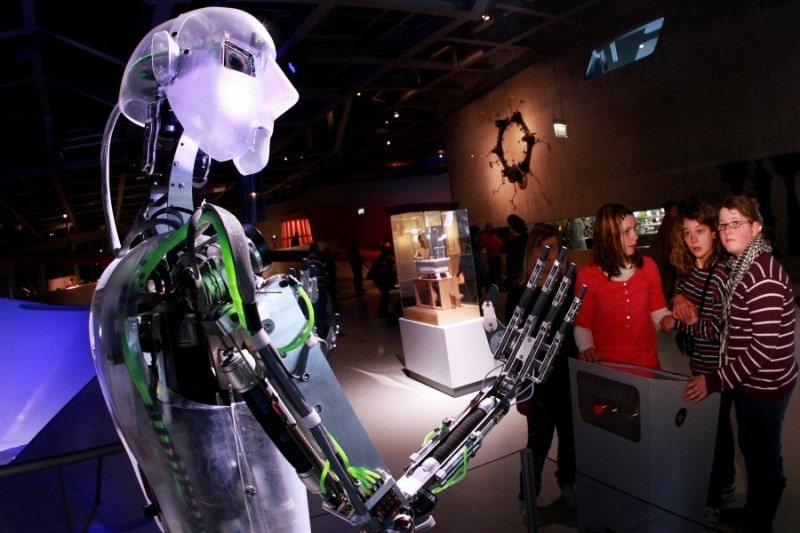 Later we will get in the clou of festival, with events as "Novel Food and Research" and "Dante and the Modern Science". The first one shows the new food resources, with main attention to the jellyfishes and with a cooking show by a chef.

The other event concerns in a reading of Divina Commedia, Dante's masterpiece, with the comment of Antonio Zoccoli, who is the president of Istituto Nazionale di Fisica Nucleare. There will be also live music and suggestive sets.One of the most important exhibition is "Transi.TIAMO.Scienza_Resti". It's a photo exhibition on the object before it begins rest, so before it's not functional anymore. Therefore, glass it's fundamental because it loses beauty over time.

There's so expectation for the activity "La robotica contro il COVID". There will be presented scientific methods for the analysis of epidemiological models used on the study of the spread of virus thanks to simulations on the PC and thanks to autonomous robot.

It's such an incredible experience. The activities in presence will last from 23th to November 28th, while the ones in remote will last until the end of the festival.

Interactive games and gaming for science at the exhibition Futuro Remoto

As during every edition, there will be interactive games too. In particular, we'll talk about "Storia e schermi multipli: la letteratura e la transizione digitale" and "PAST (Luna) - PRESENT (Rischi) - FUTURE (Viaggi)". The first one is divided in two parts and it's organized by the University "L'Orientale". It starts with a demonstration phase, and then there's an escape room.

The last one is such interesting, because the theme will be a classic of english literature. The goal is to stimulate the interess of guys about literature using proofs, quiz and enigmas.

How to partecipate to the festival Futuro Remoto 2021

The access to the Science Village Futuro Remoto is free, but it's necessary to reserve because of limited seating for every activities.  It is ideal to contact Città della Scienza directly for reservations, the phone number can be found on their website. We remind that is required the Green Pass to enter for who is older than 12 years old. Città della Scienza is on Via Coroglio 57/104, 80124 Naples (NA).