The Veiled Christ: realism and mystery in the heart of Naples

A tour of Naples without a stop at Cristo Velato, jewel of the Sansevero Chapel, would be completely incomplete. Losing the Veiled Christ would mean missing not only one of the greatest masterpieces of Naples, but also the most realistic and mysterious sculpture in the world. 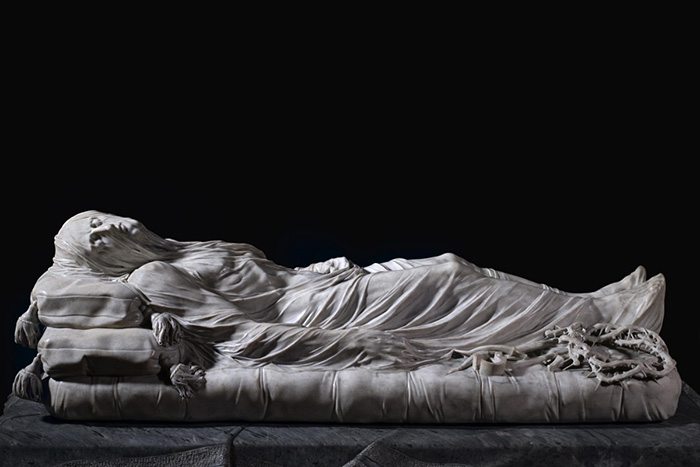 Built in 1753 by Giuseppe Sanmartino, the Veiled Christ is located in the Sansevero Chapel, a mausoleum built between 1593 and 1766. Here the mastery of Mediterranean artists is combined with the Neapolitan Masonic tradition.
Not even the experts were able to explain how Sanmartino managed to give that hyperrealistic consistency to the marble veil that covers the painful body of Christ. It is said that the artist succeeded thanks to the obscure alchemical knowledge handed down to him by the eclectic and gloomy owner of the chapel: Raimondo di Sangro, Prince of Sansevero.
Only an ancient and inaccessible secret can justify the realism of the veiled Christ. Instead, it seems more difficult to explain the sensations one feels when admiring him: he seems able to narrate the atrocities of the Passion, inscribed in the pure beauty of his grey marble, in a loud voice. 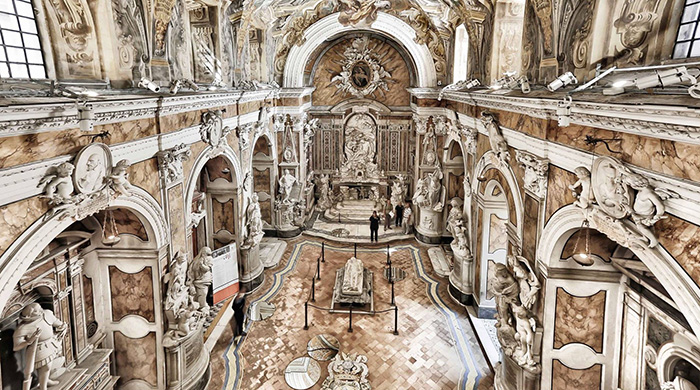 Even if the Veiled Christ will long kidnap your gaze, don't forget that it's not the only masterpiece of the Sansevero Chapel! The Christ is in fact surrounded by other wonderful works of art. The allegorical representations of the Virtues, emblem of the customs and ideology of late Baroque Naples, stand out. Don't miss the dark basement of the chapel, where you can see the two sublime anatomical machines: two corpses - a man and a woman - whose circulatory systems have been preserved intact thanks to the mysterious methods of the Prince of Sansevero and his followers. Scary, but absolutely not to be missed!
So what are you waiting for? The Veiled Christ and the shadow of the Prince of Sansevero await you in the heart of Naples.
Seguici sulla nostra
pagina Facebook