Things to do in Naples when it rains: save-day tips

Here we are! Finally, the day of your departure has arrived and you are excited to reach Naples, the city of the sun, the mild climate and the blue sky that matches with the sea. Unfortunately, right now the weather does not have nice surprises for you and the first raindrops start to wet your hair. Do not despair! Naples has multiple “axes in the hole” to come to your rescue. So, relax and take a look at these tips on what to do in Naples when it rains. 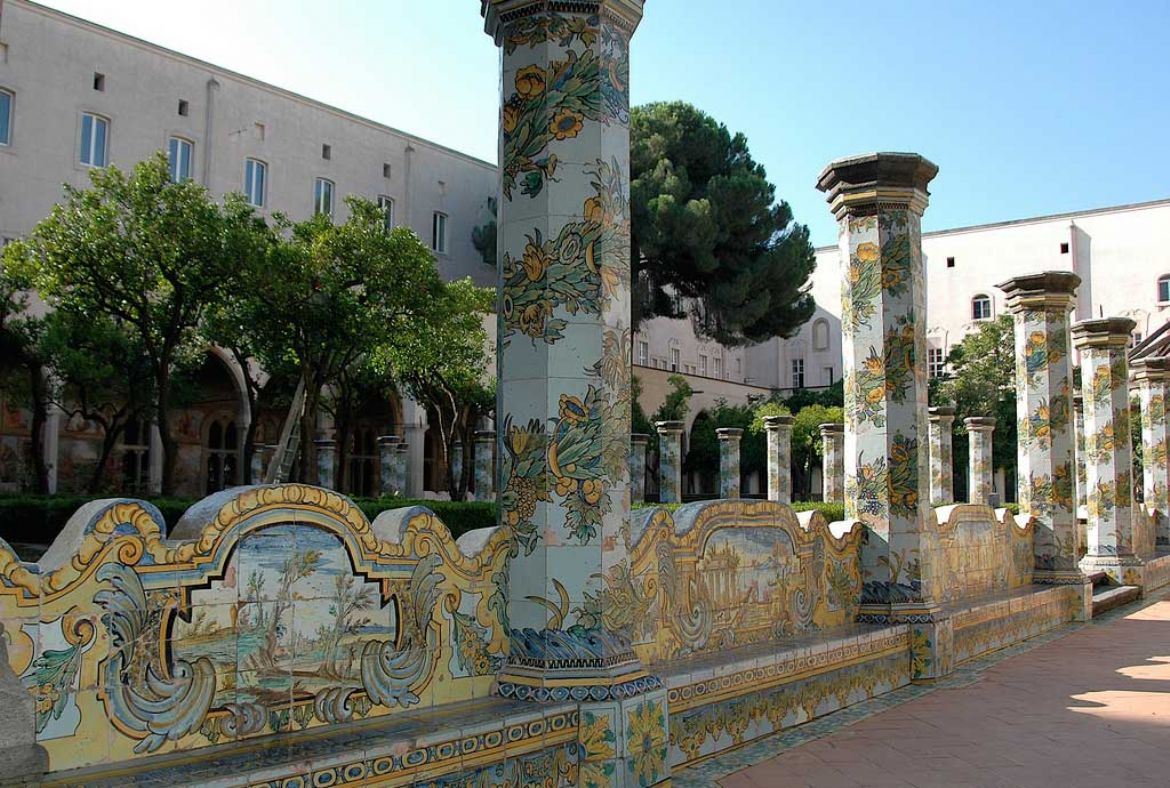 Many tourists who find themselves visiting Naples on rainy days, decide to do so by purchasing Naples Pass: a card for museums and transportation that will allow you free access to the main museums and art galleries in Naples. Close the umbrella and take refuge in one of the museums that most meets your tastes. A wide range of choices is at your disposal. Here are some examples:

It boasts the richest and most valuable patrimony of works of art and archaeological artefacts in Italy and exhibits bourbon collections of bronzes, marbles, paintings and furnishings from the excavations of Pompeii, Herculaneum and other Campanian destinations. It also includes sections dedicated to Etruscan and Egyptian antiquities and ancient coins.

Get in free with Naples Pass❯

It includes the National Gallery with the Farnese collection, the Neapolitan gallery dedicated to works from ‘ 200 to ‘ 700, the historic apartment, the porcelain collection, the armoury and other collections. You will be able to admire the masterpieces of Baroque and Neapolitan renaissance but also Caravaggio, Botticelli and Andy Warhol.

How to get there: the shuttle bus Capodimonte allows tourists to reach the museum from the city centre, starting every hour from Piazza Trieste and Trento.

House-Museum located at the Riviera di Chiaia that exhibits nineteenth-century furniture, porcelain, furnishings, ceramics and carriages. The furnishings express the nineteenth century elegance of an extremely refined taste inspired by the most varied styles, such as the Baroque or the Renaissance.

How to get there: from Piazza Garibaldi take Bus 151 or metro line L2, stop Amedeo.

Timetable: Monday and from Wednesday to Sunday from 08:30 to 14:00. Closed on Tuesdays.

Ticket: The maximum cost of the tickets is 11 euro, the reduced-price for groups costs 10 euro. The special reduced, reserved for under 26, is 5 euros.

With its exhibition of contemporary national and international art masterpieces, it is one of the most important museum poles in southern Italy. It is located in the old Palazzo Donna Regina, in the heart of the historic center, and develops on 4,500 sqm of exhibition area, divided into 4 levels and in two large interior courtyards.

How to get there: Metro Line 1 — Museum stop. Metro Line 2 — Piazza Cavour stop

The ticket office closes an hour earlier. Closed on Tuesdays

The mysterious underground of Naples 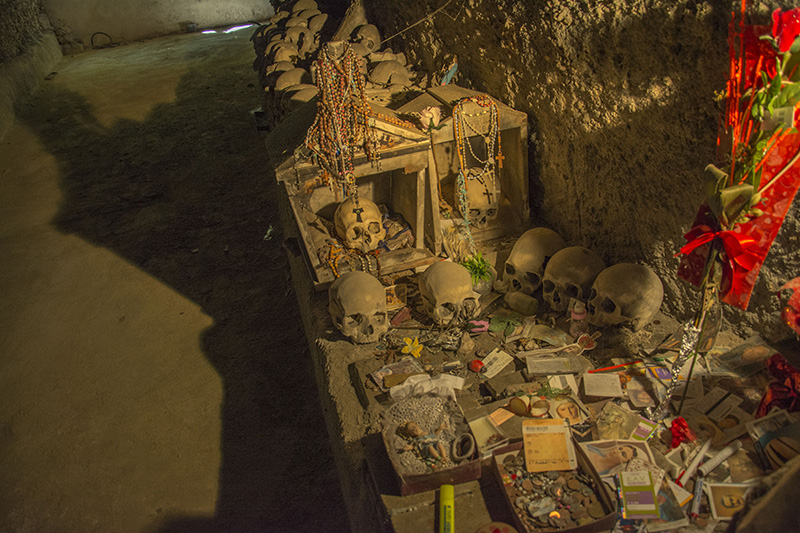 If the roads on the surface prevent you from walking, don’t forget those underground, wrapped in a fascinating twilight of mystery. You can walk along the dense network of tunnels and aqueducts, listening to the history of the historical center, the events of Neapolitan citizens who took refuge underground during the Second World War and the legends related to ghosts. The choice runs between different routes. These include:

Under the Church of San Lorenzo Maggiore, the excavations show the remains of the Roman market that was developed in that area of the ancient Greek agora.

How to get there: Metro line 1, Dante stop, take via Port’Alba and Via dei Tribunali.

With the ancient cemetery arias hosting the Catacombs of San Gennaro.

Ticket: The ticket includes access with guided tour also to the catacombs of San Gaudioo. Reduced-price € 5.00 for people under 18

How to get there:

Ticket: Free entrance but with availability of guide service

The metro stations of the art to be photographed Did you just get off the train and notice the rain on the horizon? If your stop corresponds to one of the many metro stations of the art, you can keep up a little more and take advantage to contemplate and take pictures of the art works. Among the most beautiful:

Winner of the award “most beautiful station in Europe”. The “Crater de Luz” crosses in depth all the levels of the station, illuminated by the opera “Relative Light” by Robert Wilson: thousands of leds on the chromatic range of the blues create suggestive luminous atmospheres. The walls are covered with the mosaics of Kentridge, which stages a procession of figures and objects inspired by the history of the city of Naples.

A rich colored station in the area where some Neapolitan universities are located. The architect and designer Karim Rashid has created spaces aimed to transmitting the knowledge and the languages of the new digital age without forgetting the great Italian and Neapolitan humanistic tradition. Beyond the turnstiles is visible the opera “Conversational profile”, a metaphor for dialogue and communication between human beings.

Made according to the project of Gae Aulenti. The appearance and color of this station, with its red plaster and the volcanic stone, recall the structure of the nearby National Archaeological Museum (MANN). The atrium of the station houses a fibreglass of Hercules Farnese while in the secondary entrance hall there is a bronze mold of the imposing horse head called Carafa. Along the corridors you can admire the black and white photographs of Mimmo Jodice.

The station draws its name from the days of the insurrection that freed Naples from the Nazi dominion. It welcomes the bronze reliefs and the paintings of Nino Longobardi that relate to the Neapolitan resistance. Along the escalators there are: the hunting scenes and the “Warriors” and the sculpture in aluminium. Towards the exit are visible three great teches fixed to the wall with iron beams, a huge photographic image of Betty Bee trapped in a box, the painting “Love Against Nature” by Maurizio Cannavacciuolo and finally the “Fighters,” work dedicated to the resistance during the “Four days of Naples”.

The metro of art is a topic that you might want to explore. 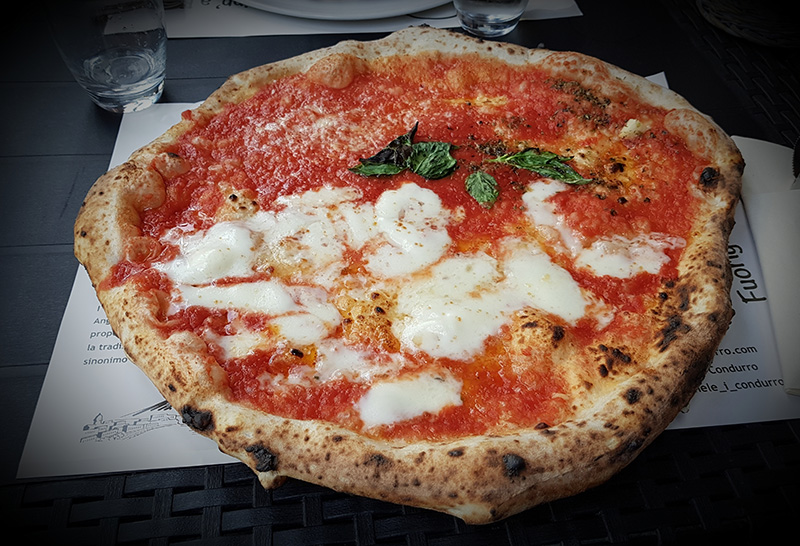 The rain also remains an excellent excuse to repair in one of the pastry shops, trattorias or pizzerias of the historic centrer to taste the delicacies that exalt the Neapolitan culinary tradition in the world: “sfogliatelle”, pasta and potatoes, fried “calzone”… After a glimpse, the rain will be just a reminder and it calms down outside… at least in the stomach!