Things to see in Caserta: the 5 beauties of the Versailles of Italy

What to see in Caserta: history, culture and nature 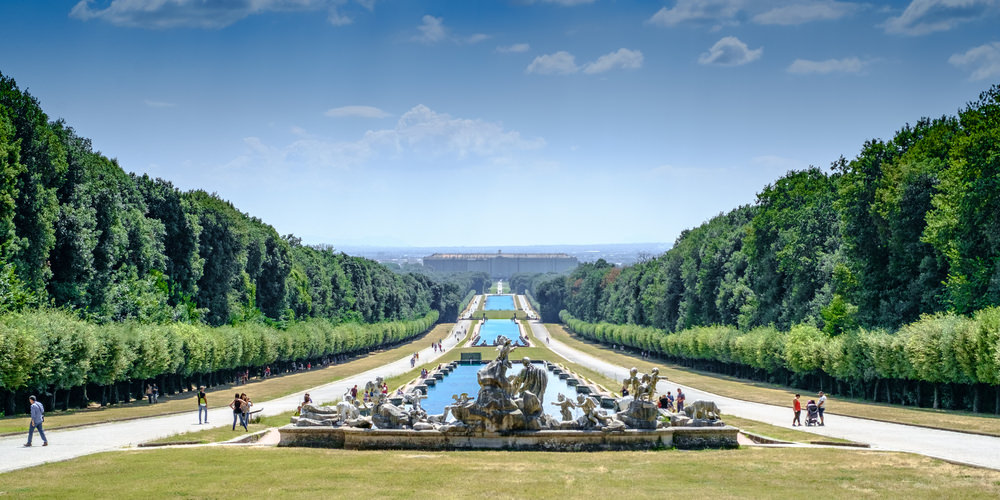 His is an ancient history, but also often troubled, populated by the Samnites in Roman times, passing through the Lombards, was sold by the Angevins to the Bourbons who made his fortune, in fact, despite having been torn apart during the Second World War, the Caserta's greatest beauties date back to the Bourbon period.
Let's find out what are the 5 most beautiful things in Caserta.

The Reggia of Caserta: a royal palace rich in art

Speaking of what to see in Caserta, I can't help but mention you, the Royal Palace of Caserta, a masterpiece of architecture by the genius of Luigi and Carlo Vanvitelli, built in baroque and neoclassical style. Designed on the design of the Palace of Versailles and built far from the capital for security reasons, the work was completed in 1845 and consists of more than 1200 rooms and almost 1800 windows that make this complex the last great work of the Italian baroque, so much so that in 1997 it was included in the UNESCO Heritage List.

The Royal Palace houses hundreds of works by the most emerging and important artists of the national and Neapolitan scene, as well as frescoed rooms and large green parks with large water features.

San Leucio, today, is a fraction of Caserta, but over the centuries has been famous for being home to several noble families on all the Acquaviva, who built the imperial palace of the Belvedere. In 1778, with the establishment of the Bourbons in the Kingdom of the Two Sicilies, it was decided to exploit the entire complex to create the silk factory of San Leucio, in which people worked and lived, creating, following the industrial revolution, a settlement worker, like the mushroom towns of Victorian London.

Since 1997 the San Leucio complex is part of the UNESCO Heritage.

The caroline aqueduct: an ancient work of high engineering

The caroline aqueduct, also known as the Vanvitelli aqueduct, is a prototype of high hydraulic engineering, built on the orders of Charles of Bourbon to bring water from the Taburno springs, up to San Leucio and the Royal Palace of Caserta.

Built on the model of the ancient Romans, who exploited a slight slope for hundreds of kilometers, the aqueduct rises with a mighty tufa structure with three rows of arches resting on 44 square-shaped pylons, about 500 meters long and with a 'variable height that reaches over 50 meters.

Since 1997 it has been a UNESCO heritage site.

The medieval village of Caserta Vecchia

Casertavecchia is a small and charming medieval village that rises on the slopes of Mount Tifatini, a few kilometers from the Royal Palace of Caserta. Walking through the streets of Casertavecchia you feel immersed in a past that no longer exists, with shops that have remained linked to the tradition of a few centuries ago.

Among the various attractions that you cannot miss there are undoubtedly the Duomo, the Castle and the monumental complex of the Annunziata.

Located on the outskirts of the province of Caserta, Santa Maria Capua Vetere, the Campanian amphitheater is one of the most important historical finds in Roman history in Campania, but probably also the least known. Second only to the Colosseum in size, it seems to be even earlier than the same one so as to be probably the first amphitheater built by the Romans. Famous for the school of gladiators, it is here that Spartacus rebelled against the yoke of slavery and started the slave revolt.

The guided tour of this complex is one of the most suggestive in the region.

These are just some of the beauties that Caserta offers, but there are dozens of other attractions that can capture your attention, so don't wait any longer, come here and visit the Versailles of Italy.