Things to see in Naples: Spaccanapoli and the other two Decumani in the historical center

Things to see in Naples: the historical center

Since 1995 the historical centre of Naples is part of UNESCO heritage.
It includes the 3 “Decumani”, that traverse the city from east to west, crossed by the “Cardini” from north to south.
These words come from Latin, but the orthogonal city map was made by Greek, who founded the ancient “Neapolis”: they named those streets respectively “plateiai” and “stenopoi”.

Spaccanapoli: the Decumano inferiore of the historical center of Naples 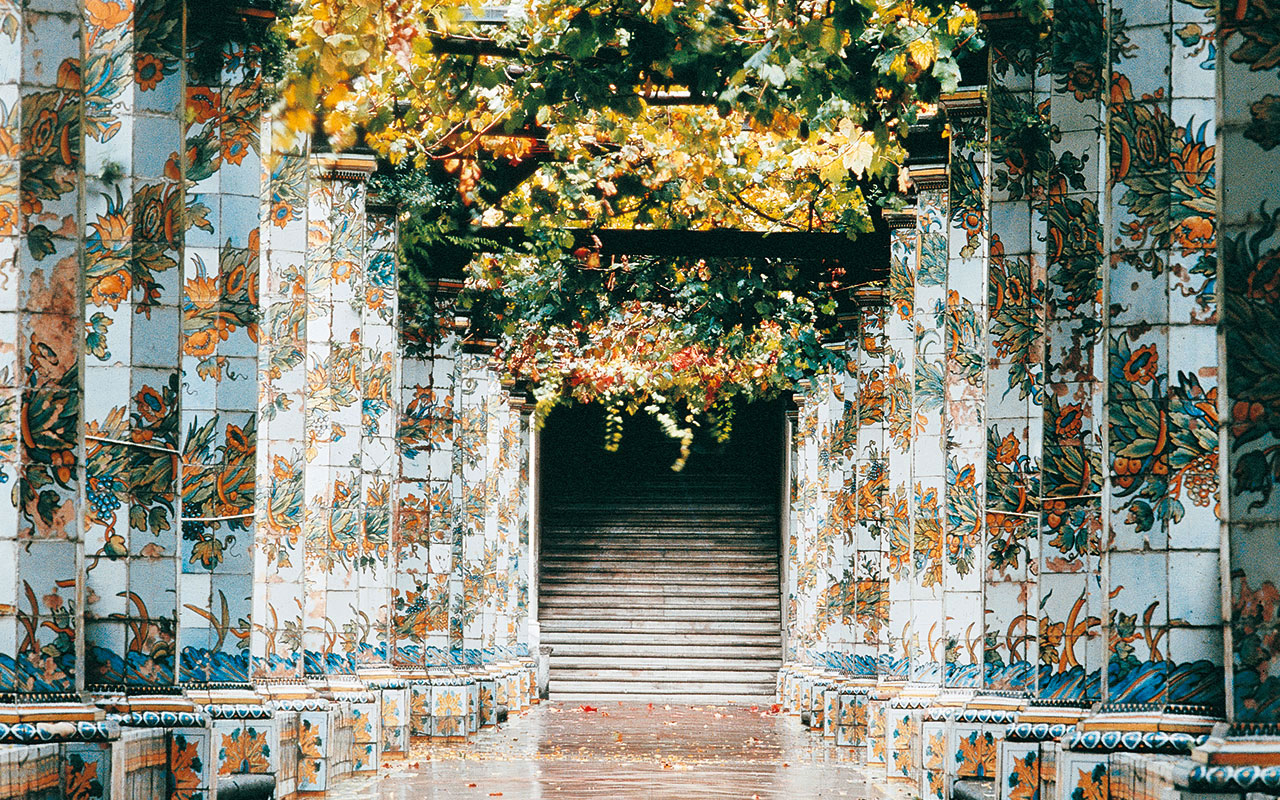 This is the longest decumano; it cross the city of Naples from the area of Vomero to the Forcella area.
If you see Naples from a high point of view (for example the spectacular San Martino’s terrace), you can admire how the long street divides the city into two parts exactly. That’s why this decumano is called “Spaccanapoli”: in Neapolitan slang, “spaccare” means “ divide”.
His structure has been changed during the time. Initially it started from Piazza San Domenico and arrived to Via Duomo. During the XVI century, viceroy Don Pedro de Toledo aligned the Decumano with a road of Spanish Neighbourhoods to facilitate the transfers.
The heart of Lower Decumano is Via San Biagio dei Librai, rich in fragrances of bakery and fried food shops, small stores of Neapolitan handicraft, joy and love of people.
The most important buildings in “Spaccanapoli” are: historical complex of Santa Chiara, located in Piazza del Gesù, it is composed by the spectacular majolica courtyard and the beautiful Cathedral in gothic style, with Giotto’s operas.
Church of Gesù nuovo, in front of it, characterised by a facade with a particular kind of stones (named “bugne”), while inside is full of elegant golden decorations in baroque style. Nearby, in the parallel streets, we can find the magnificent Sansevero Chapel. 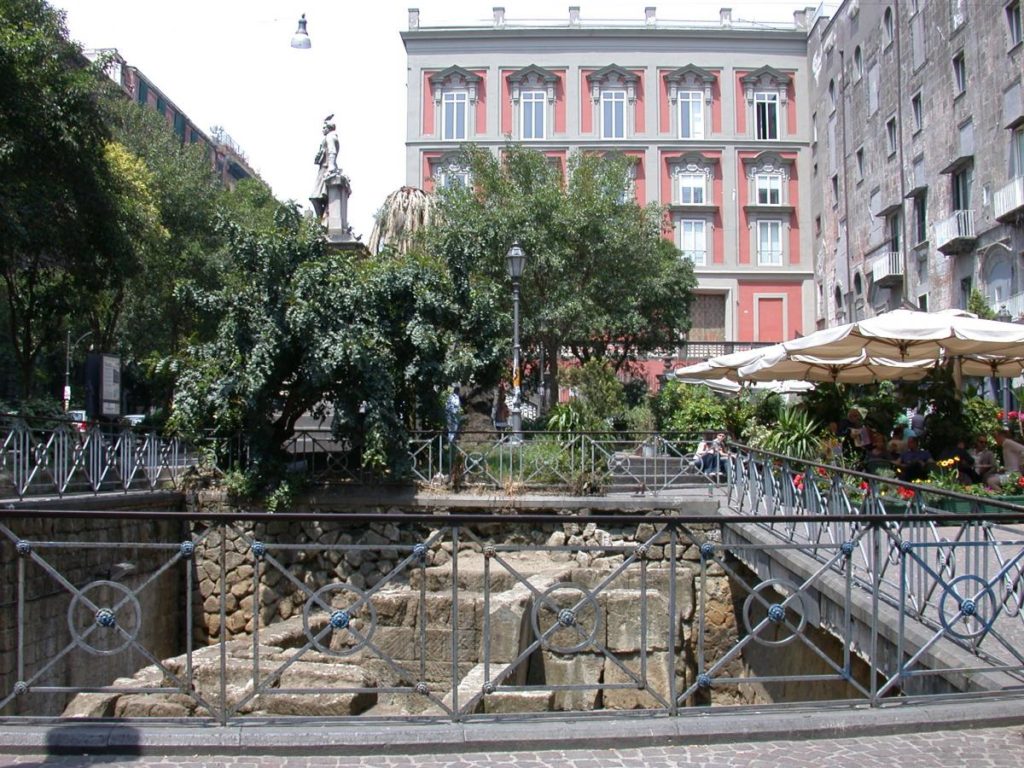 The Decumano maggiore coincides for most part of his road with Via dei Tribunali. His name derives from that: the street starts from Castel Capuano, ancient sede of tribunals in Naples.
This Decumano starts from Forcella neighbourhood and crosses Via Duomo near the wonderful Girolamini’s Church.
Among the major sites of interest, walking through the Decumano, there are:
Church of Santa Maria Maggiore alla Pietrasanta, at Via dei Tribunali;
San Lorenzo Maggiore’s Church and an entry to Naples Underground, at Piazza San Gaetano.
This square is at the centre of Decumano and it is locate on the ancient “agorà”, place of meeting during Greek age in Naples. From here, towards south, begins Via San Gregorio Armeno, well-known expression of Neapolitan art in nativity scene. This street is a “cardine” that links Greater Decumano to Lower Decumano.
Going ahead on greater Decumano, you reach Via San Pietro a Majella, where the prestigious Conservatory is located.
Then you arrive to Port’Alba, a little street, rich in bookshops with their very cheap stands. Greater Decumano ends in Piazza Bellini, where you can admire ruins of ancient Greek walls.
In addition to numerous points of historical and artistic interest, these streets are very popular for numerous pizzerias and fast food with typical dishes and street food of the Neapolitan tradition.

On top of the historic center of Naples: the Decumano superiore 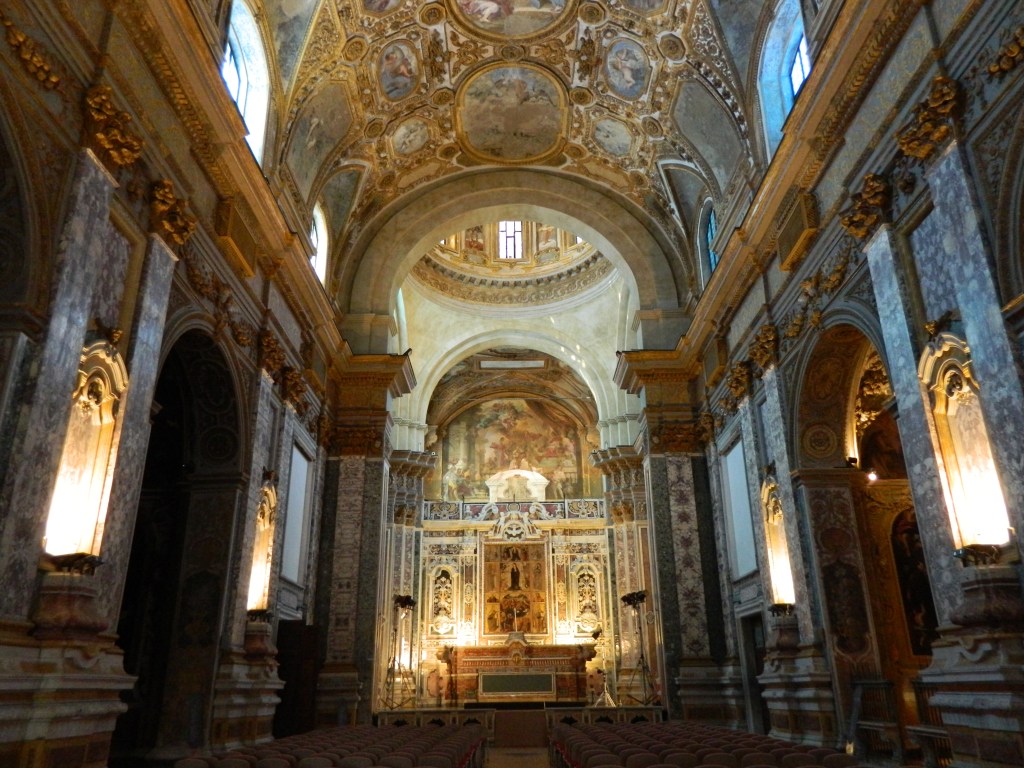 The Decumano superiore is the least popular of three. but it is still full of points of heritage sites. In this street we will tell: the immense complex of incurables, in which there is the historical pharmacy born in ‘700 from the renovation of the ancient spice shop, where you can admire the wooden shelves with 400 majolica vases.

The Roman theater, seat in Roman times of many representations (emperor Nerone also performed there).
San Giuseppe Ruffi’s Church, which was part of the monastery founded in 1604 by Neapolitan noblewomen.
The elegant Church of Santa Maria Donnaregina Nuova, the facade is preceded by a marble staircase; the interior presents elegant decorations typical of the Neapolitan baroque, in particular the vault, realized by Francesco Maria De Benedictis in 1654.
Santi Apostoli’s Church, its peculiarity is the contrast between the poor facade and the Baroque style interiors, with majestic side chapels; the poet Giambattista Marino is buried in the crypt.