Top 10 things to do in Naples

Not on every visitor’s radar, Naples can prove to be one of Italy’s most fascinating cities… when you give it a chance. No matter what time of year you plan to visit, here is a list of the top 10 things to do in Naples. 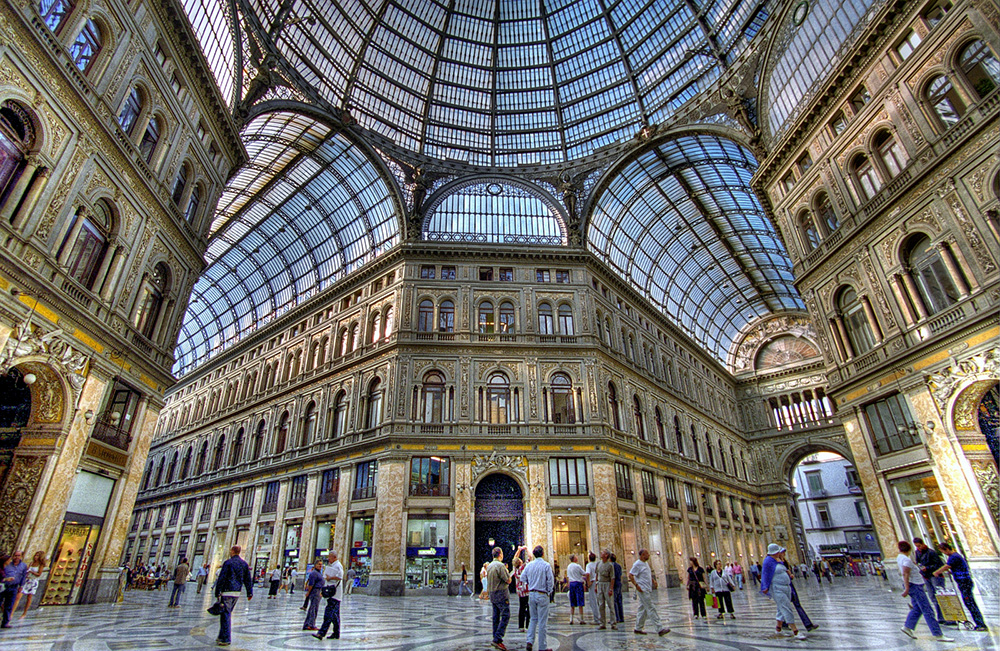 Galleria Umberto I is a public shopping gallery in Naples. It is located directly across from the San Carlo opera house. The San Carlo is the oldest continuously active venue for public opera in the world, opening in 1737, decades before both the Milan’s La Scala and Venice’s La Fenice theatres. 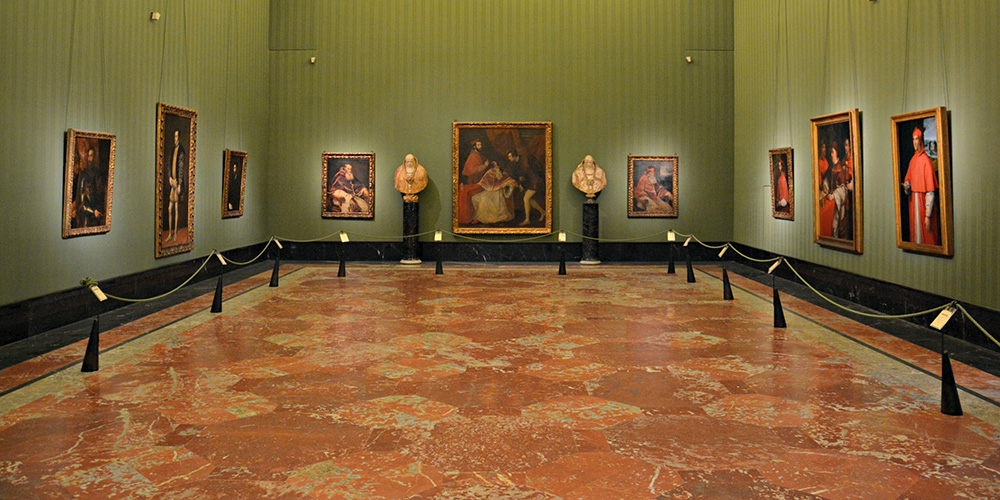 In 1738 Charles of Bourbon decided to transform his hunting lodge located in the wood  of “Capodimonte” in a Royal Palace – Museum in order  to host the Farnese Collection received from his mother. In fact, even today, walking through the big halls of the building, it seems that the Bourbon family went  out of the house just before our entrance. The museum contains masterpieces of: Tiziano, Masaccio, Botticelli, Rafaello, Guido Reni, Brueghel the Elder, Andrea del Sarto, Ribera, Goya, Pinturicchio, Vasari, Mattia Preti, Ribera, Andy Warhol, Mimmo Jodice, Alberto Burri, Mario Merz, Joseph Kosuth, Enzo Cucchi, Michelangelo Pistoletto and the extraordinary “Flagellation of Christ” by Caravaggio.

Get in free with Naples Pass❯ 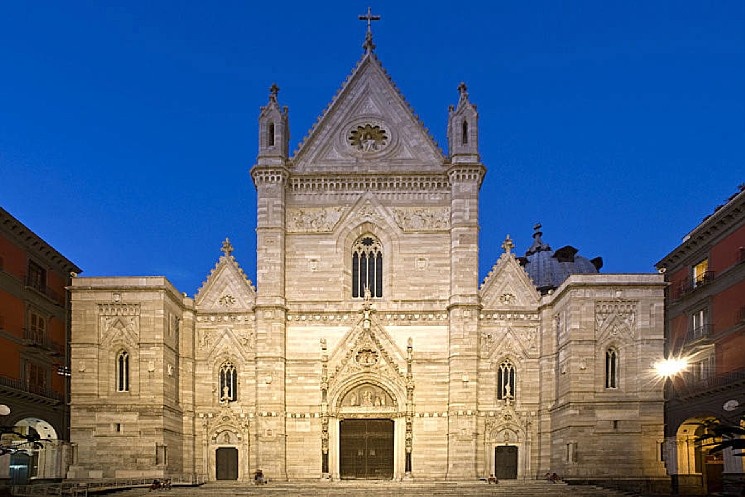 Although dating back to the late 13th century, the cathedral has been altered considerably due to earthquakes and restoration, especially after the one of 1456, but the 1407 doorway in the center of the front has survived. In the south aisle is the sumptuous 17th-century chapel of San Gennaro, patron saint of Naples. On its main altar, a silver bust contains the skull of the saint, who was martyred in 305, in the time of Diocletian. In the tabernacle are two vessels containing the saint’s blood, which is believed to have the power of liquefaction, celebrated with solemn ceremonies in the cathedral each September 19. 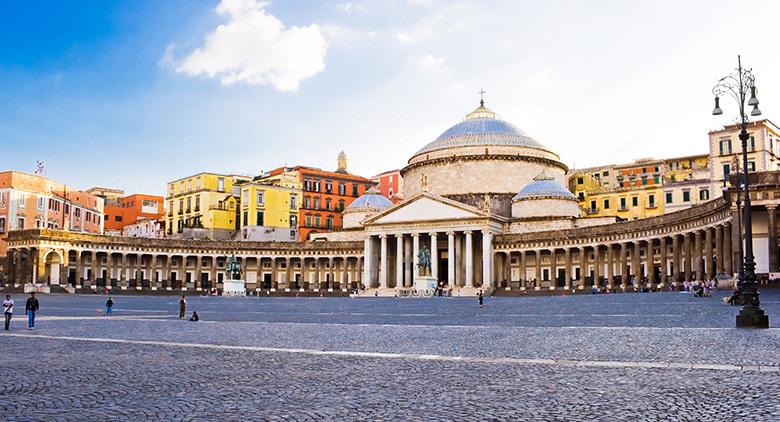 When looking for things to do in Naples you should include a visit to its largest piazza. At six acres, this public space is a gathering spot for a casual stroll, a backdrop for large scale art installations, a phenomenal New Year’s Eve celebration, and a stage for world famous singers and performers. Here visitors will find the Palazzo Reale, a 30-room Royal House Museum, as well as Biblioteca Nazionale Vittorio Emanuele III, the largest library in southern Italy. 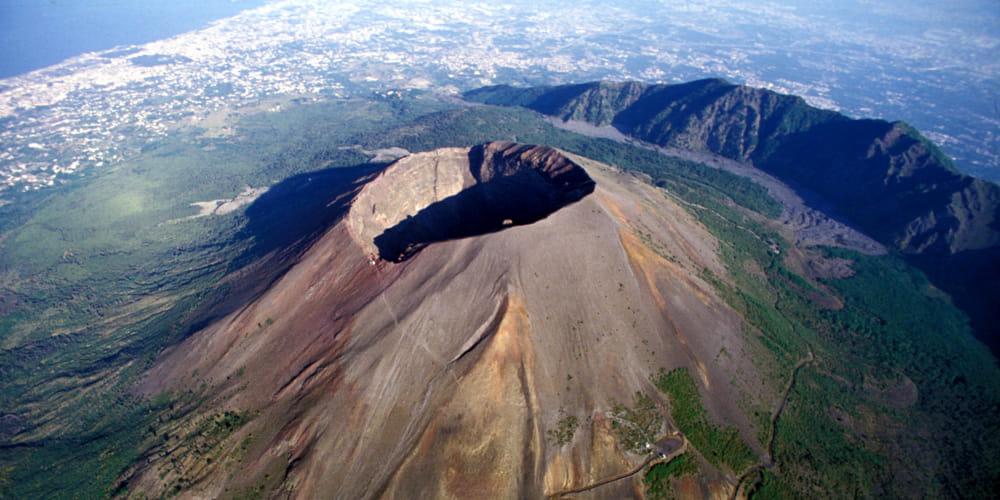 Mt. Vesuvius known for covering Pompeii with ash, rock and lava 2,000 years ago (and which last erupted in 1944) is just 10 kilometers (6 miles) from Naples. There are tour buses that can take you directly to the car parking lot, or for those who prefer to travel more independently, it will be a short train trip and a bus. This is a Naples attraction not to be missed.

Find out how to book❯ 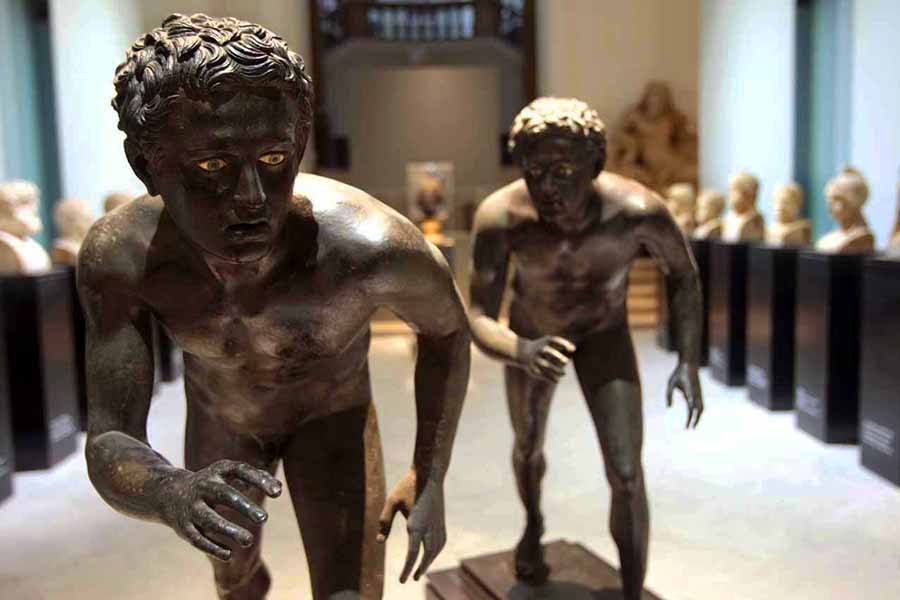 Originally the museum was an horse riding school, then the location of the University. The Archeological Museum was inaugurated in 1816 and nowadays it’s one of the most important museums of the world because of the quality and quantity of works exposed. Many of the objects come from excavations at Pompeii and other nearby archaeological sites.

Carved in 1753 by Giuseppe Sanmartino, it shows the figure of Christ lying under what looks like a piece of the thinnest of fabrics. The facial features are clearly visible, as are the body and even the crucifixion wounds, but the entire body is covered by the delicate folds of a cloth. The visual effect is truly stunning. There are two other sculptures of note in the Capella Sansevero, each dedicated to one of the parents of the man who commissioned them and built the chapel, but it’s the Veiled Christ which rightfully commands all the attention. 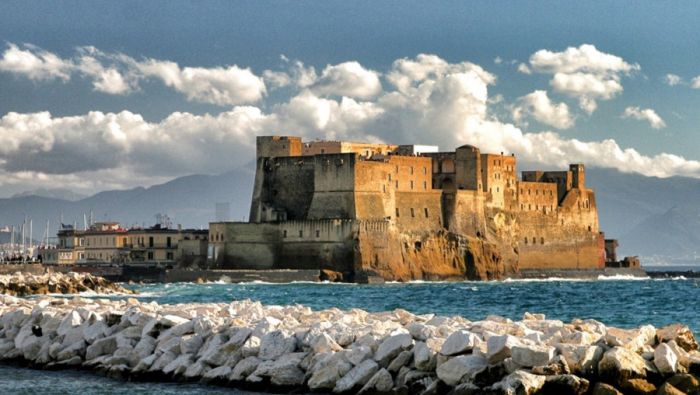 The Castel dell’Ovo is the oldest standing fortification in Naples. The castle’s name comes from a legend about the Roman poet Virgil, who had a reputation in medieval times as a great sorcerer and predictor of the future. In the legend, Virgil put a magical egg into the foundations to support the fortifications. Had this egg been broken, the castle would have been destroyed and a series of disastrous events for Naples would have followed.

The city of Naples comes alive in all its splendor, chaos and charm on the street colloquially known as Spaccanapoli, or “Via San Biagio”. It is the main street that divides Naples and is the heart of the historic center. Begin in the Piazza del Gesù Nuovo and discover the traditional pizzerias and pastry shops, as well as some of the best monuments and churches in the city. Via San Gregorio Armeno, off Via San Biagio, is famous for its nativity workshops and stores. 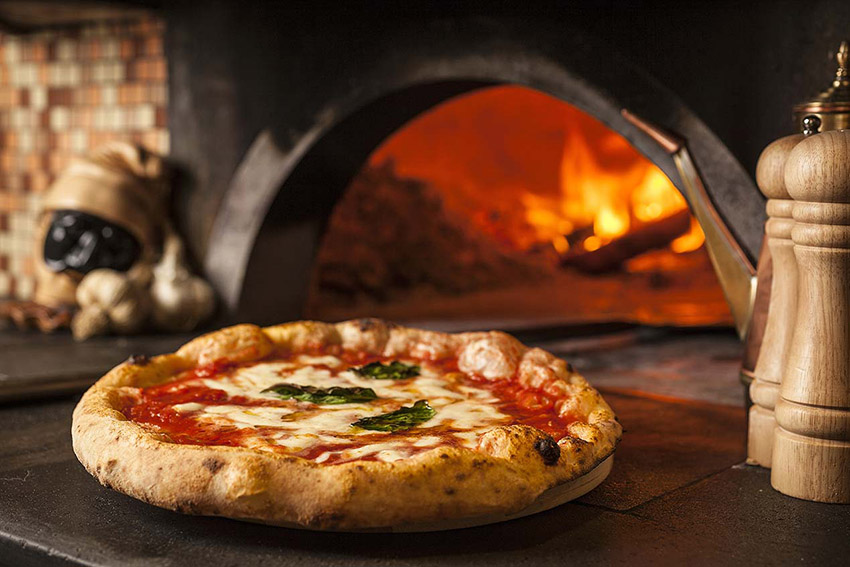 It may sound weird that the first thing to do or see in a city is actually something to eat, but this is, after all, the birthplace of pizza (probably Italy’s most popular food export) and the locals take their signature dish very seriously. Make sure you go to a pizzeria that’s serving “pizza vera napoletana,” true Neapolitan pizza, and you’ll be good to go. See recommended Pizzerias on Visit Naples.

We recommend the purchase of Naples Pass, the official digital tourist card of Naples: unlimited transportation, discounts in museums and free pizza.

Find out more about Naples Pass❯