What do Neapolitan gestures mean? How to distinguish them?

As you stumble on a Neapolitansman for the first time, you should know that his loquacity is not only due to his love for conversation, but it is also accompanied by a great usage of gestures.  This is a feature of Partenopean culture, that comes from a long-lived tradition. People in the streets used to communicate with each other by using hands, and this occurred not only among citizens, but also (and in particular) among strangers. When did this tradition take place in Naples? And how many kind of gestures it is possible to list up? If you’re finding the right answers, you should keep on reading. 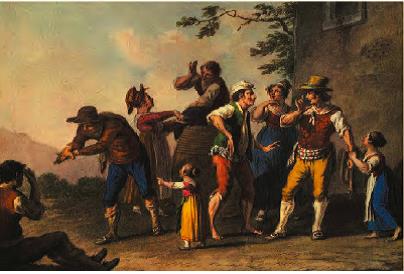 There are so many kind of gestures, that is almost impossible to describe them all. The Partenopean gesture’s language takes its origins in the 19th century, with mime. That was a feature of the Neapolitan theatre, which raised from the ancient classical ones: the Latin and the Greek ones. There is a little difference, indeed: some expressions, typical of this culture, are only represented by facial expressions with masks. This kind of gestures are mymical; those we use everyday are defined as symbolic. Let’s find them out! The most famous Neapolitan gestures are gathered into a book called  Comme te l'aggia dicere, in which the authors explain, through pictures and photos, the meaning of every single gestures, also translating them into different languages. For example:

“STATT’ZITT!” (It: “Silenzio!”; Eng: “Shut up!”; Spa: “Silencio!”). It’s one of the most famous gestures: it is sufficient to put the index finger vertically near the nose and the mouth, closing it.

“MARONNA MIA!” (It: “Madonna mia!”; Eng: “Good heaven!”; Spa: “Virgen santa!”). The gesture consists of covering the face with the hands,  as if you are avoiding to see what happened to someone or something.

“UANEMA!” (It: “Perbacco!”; Eng: “Wow!”; Spa: “Exagerado!”. In this gesture the hand, turning off from the outside to the inside, indicates the greatness of what  people say, whether it’s true or false.

“AUM AUM” (It: “Di nascosto”; Eng: “Hiddenly”; Spa: “A escondidas”). This gesture, which reminds of making a cake, consists of giving the hand a circular movement with the fingertips down, and the mouth that indicates the act of hiding something.

Ancient proverbs and their wisdom

Definitely the Neapolitan one is the culture with most witness ever, and this is due especially to the ancient proverbs that we still use today. There are  some of them that have also been translated into English from a very young designer, Francesca Grillo with her brand Napoli & Nuvole. Among them we can find:

“I figli so’ piezz’ e’ core”, which means: “Children are piece of heart”

and many other. To sum up, the common Neapolitan proverbialityhas spread around the world, giving back in turn that witness we appeal to everyday.