What you do in Naples on New Year's Eve

What to do on New Year's Eve in Naples and surroundings 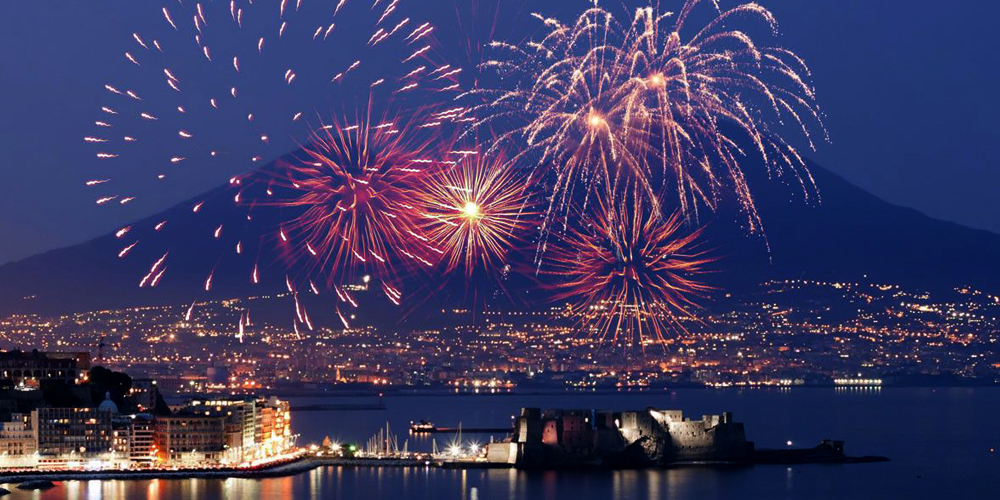 In Naples, New Year's Eve is one of the most awaited feast day. Everything turns into a party, the trepidation for the arrival of the new year is palpable. They all quiver. None excluded.

Almost by tradition, even the one most cynical, they end up falling prey to euphoria. The New Year is celebrated on the streets, in homes, everywhere. It is a mixture of euphoria and tradition. But the question that everyone is waiting for is "What do we do on New Year's Eve in Naples?". I will try to help you!

New Year's in Naples: the fireworks on the Lungomare and from the castle

Our journey starts from the long popular tradition that enriches the New Year'eve in Naples. In addition to the endless dinner in the family, to the bingo with relatives, the Neapolitans love to celebrate the new year with folk customs, it often related to food or objects in common use. For example eating a large portion of lentils at the stroke of midnight could be a good sign of wealth or wear red underwear, it's a way to propitiate the new year.

Choose Naples for New Year's Eve is an experience to try, the city, on the night of December 31th, offers many opportunities. The evening starts from the great concert organized in Piazza del Plebiscito that will guide you to the countdown for midnight, when you will move on the seafront, in the area of ​​Castel dell'Ovo, where a show of fireworks there will be waiting for you. A show that will be amazed you by the sea. Then the show continues on the waterfront, where there will be set up several stages to unleash and celebrate the new year with the kind of music what you prefer.

The city also offers breathtaking views that is completed by the show of New Year's lights. Why not spend midnight overlooking the San Martino viewpoint or the Posillipo hill?
Naples lives for the New Year'eve, everyone wants to offer something. There will be many events that will be organized in view of the last day of the year. From dinners, to aperitifs, passing through the evenings at the rhythm of music in the clubs of Naples nightlife. Also museums and theaters will delight in organizing their party for the New Year'eve in Naples.
In Naples you will be spoiled for choice on how to celebrate the arrival of the new year, the wait has left, and what will you do on New Year's Eve?
Seguici sulla nostra
pagina Facebook