Discover Pompeii and its food and wine

An alternative tour around Pompeii 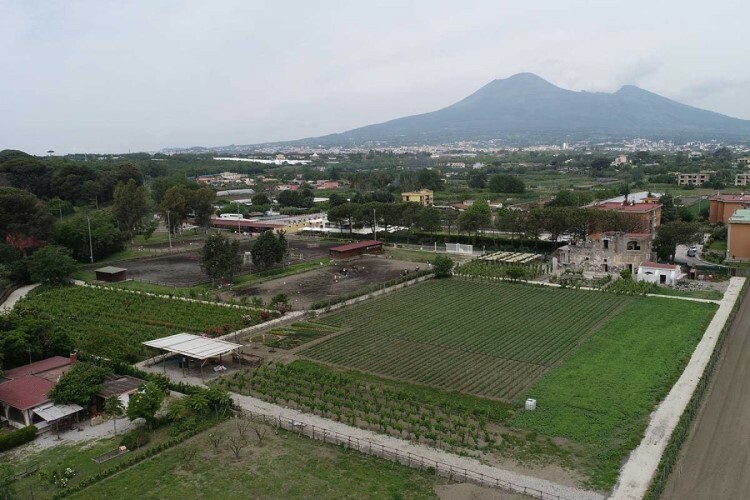 Pompeii is a jewel of archaeology heritage, a casket of the past, where its ruins tell a lot about the Ancient Romans. In addition to the ancient ruins, Pompeii is rich in cultivable fields from where some of the best fruit and vegetable products of Campania come from.

Vesuvius was for centuries considered a peaceful mountain before showing the brute eruptive power of the active volcano. Writers and poets described it as covered with vegetable gardens and vines. People venerated the mountain for its fertile land, which its volcanic origin made it particularly suitable for food crops.

Among the crop, grapes widely predominated. It was introduced by the Greeks and developed by the Romans then.

Pompeii's History through its typical dishes 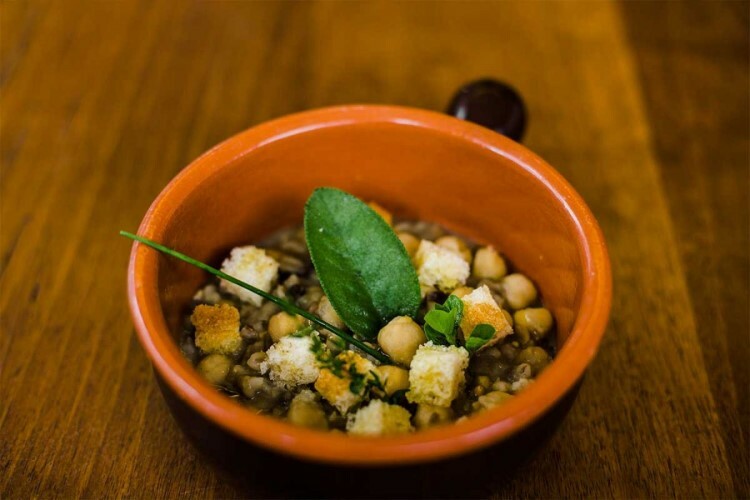 In Pompeii, there is history also in its food and typical dishes. Many dishes from ancient Pompeii's cuisine have originated today's Italian recipes. Indeed, before the 79 AC eruption, Pompeii has been the first city to launch the modern concept of the restaurant.

Here opened the first Thermopylae. They were the first kind of pubs or taverns that used to offer refreshments to customers. The best example founded is the Thermopolium of Vetutius Placidus, today restored and open to the public.

Among the food used by the people of ancient Pompeii, there is the bread, of which the archaeologists founded some buried loaves. Usually, they ate it with vegetables in particular, according to the ruins, cauliflower. The fruit was essential: often served as a starter or with the dessert.

On the Lattari Mountains, they used to cultivate, directly by the ground, olives. They preserved them in salt and vinegar for extracting fragrant oil. 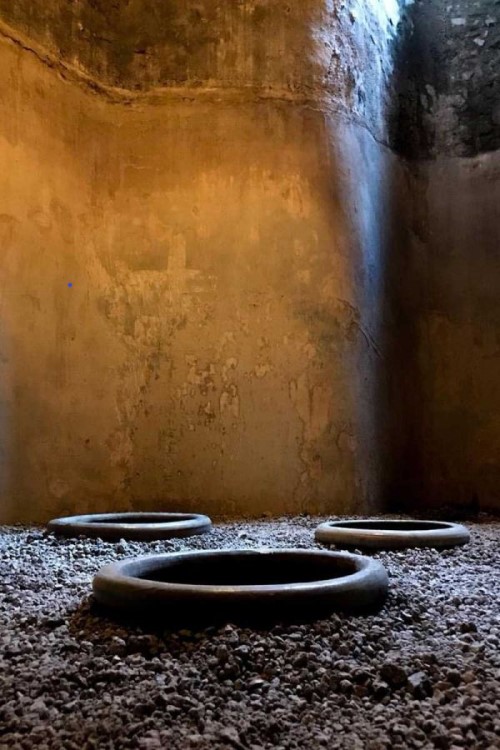 Greeks introduced the culture of wine production. They often used as a cultivation method the overripe (late vintage). In this way, the wine had a sweet and very alcoholic taste.

Indeed, they rarely drunk pure wine, but they usually diluted it with honey and served it during the symposiums. So, considering the too sweet flavour, the Greeks decided to salt the wine and, for the first time, introduced the vinification method into clay containers, useful during the liquid transports.

Under the Roman Empire, the Campania wines became the most important and appreciated in the world; the Vesuvius wines were exported in every Mediterranean city. The ancient Villae Rusticae of Pompeii were spaces used for wine and oil production (for example, Villa Regina in Boscoreale).

After the terrible eruption in 79 AC and the many following others, inevitably, the area unpopulated. Wine culture returned in the Middle Age thanks to the construction of the first churches and monasteries on the slopes of Vesuvius: the monks, helped by the peasants of the area, restarted to produce wine and were the first to vinify the famous Lacryma Christi.

The products of Pompeii and Vesuvius fields In these volcanic fields grow some of the best products that distinguish the Neapolitan cuisine. Vesuvius area is an extraordinary mine of high quality and typical agricultural products.

First of all, is the Vesuvius DOP Piennolo cherry tomato. It is a little tomato in the shape of a lightbulb: oval with a slightly pointed apex. Its name Piennolo means "grape" in Neapolitan because it grows in this way into the Vesuvius National Park. Thanks to the quality of the terrain (near the sea), this cherry tomato is rich in mineral salts. It is an ingredient for many traditional dishes, both meat and fish, pasta and pizza. You can taste it also fresh on the bread with oil and salt.

Typical of the Vesuvius lands are the Vesuvius apricots. Their production gave rice in the 4th century. In 1583, the Neapolitan scientist Giovan Battista Della Porta distinguished them into two groups: Bericocche (round-shaped and white and soft pulp that adheres to the core) and Chisomele (the pulp doesn't adhere to the core and the fruit, bright colour, sweet taste and high quality). Anyway, most of the Neapolitans don't make the distinction and call both Crisommole. They mature from the end of May to the end of July. The many varieties distinguish each other for dimension, the intensity of the aroma, smoothness of the skin and flavour.

In Pompeii's land is also cultivated the Pompeii white onion. It is small-medium sized onion, flattened shape at the poles, white pulp and outer sheaths with light green shades. The harvest is in Spring, from March to June, and you can buy it in bunches. You can eat it fresh for deeply tasting its intense flavour. Otherwise, you can use it for preparing preserves.

The Vines of Pompeii 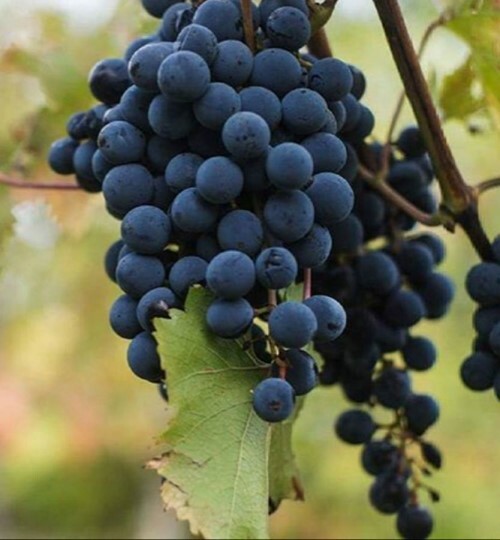 Into the burning heart of Vesuvius is kept the secret of its wines. Indeed, the volcanic terrains are among the best for the crop of the vine and high-quality wine production.

Among its native grapes, there are many varieties. Black grapes:

Among the white grapes, there is Falanghina. It is the vine most widespread in the area of Naples. On Vesuvius, it is mainly used for Lacryma Christi, particularly for the spumante type, because of its acidity. This variety has many analogies with the Neapolitan Falanghina in Campi Flegrei, like its round grape, but it is different for the greater compactness of its bunches. 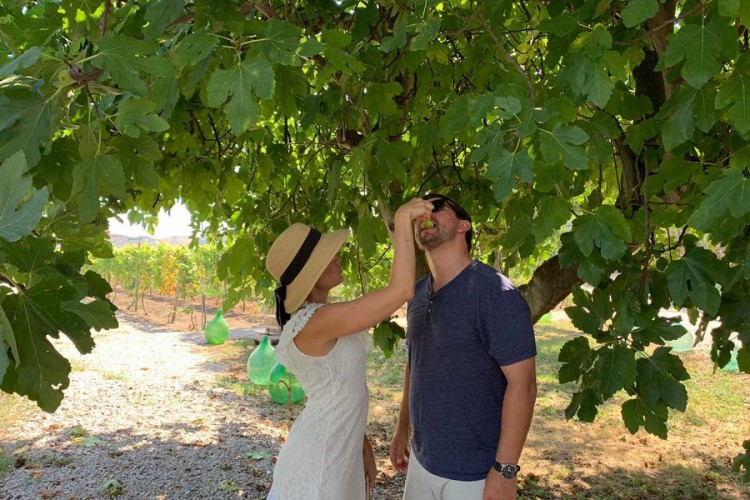 On the slopes of Vesuvius, not far from the Archaeological Site, Bosco de' Medici Winery offers a tour where you will discover the flavour and the history of this area.

They have a legacy of previous generations that has its roots in the early years of the '900 for the passion of grandfather Raffaele, pushed the nephews, Emiddia, Sonia, Lella and Giuseppe. From the first wine-making experiments in the wine cellar of an eighteenth-century farmhouse (property of the family) to the construction of Hotel Diana (in the centre of Pompeii) and the Horse School, the Bosco de’ Medici estate came to life.

In 1996 the Agricultural Company was founded. In 2014, they found the Winery and start the wine production of Bosco de 'Medici. Today the Winery is the flagship of the Company, a place inspired by the passion for viticulture and wine, a place that, as grandfather Raffaele wished, recalls the noble “art” of Roman Otium. This is a place designed as a multifunctional “container” of activities ranging from production to reception.

The Palomba family lets you experience the culinary art of the territory, is proud to offer the products from their organic garden and lands owned on Vesuvius, expertly crafted by the chef Gioacchino Nocera. Some dishes follow old recipes, handed down by great grandmother Colomba to Grandma Emiddia and then to her grandchildren.

During their Tasting Tour Pompeii, you will:

An experience with deep historical and family roots, that if you love Italian food, visit Pompeii could be the right moment to come.

For the Ancient Romans, the otium (leisure) was a vital moment during their life, where they used to take care of their spirit and body’s pleasures. A high lifestyle, considered of equal value to the negotium (job). Public and private life were on the same level, in perfect balance.
The Otium was a group of intellectual, meditative, leisure and refreshing activities. It was not only an essential need, but it was also a characteristic element of their lifestyle, personal freedom, moral character.
Never disliked and demoralized, leisure was considered essential freedom and a complement of working obligations and public commitments. Otium was soul space and the body’s pleasure place. It was living art. A privileged and enviable condition: the maximum ambition for a man that would be able to find the right balance between public and private life.
Today it is hard to enjoy these kinds of moments, we are always busy with the work and don’t give it enough importance. Inside Resort Bosco de’ Medici, we rediscover this ancient sense relax, maybe after our ruins, Coast and city visit.
Palomba family with their Resort wants to offer alternative tourism, by featuring new emotions and experiences, as part of an innovative structure with large family rooms and deluxe suites with jacuzzi and chromo-therapy. Completely immersed in nature among orchards and vineyards bordering the archaeological site, the resort covers 4 hectares and is at just 800 meters from the Shrine of Our Lady of Pompeii and 900 metres from the nearest entrance to Pompeii Ruins. A unique oasis of peace in which you can enjoy the view of Vesuvius in all its majestic charm.
The Resort Bosco de’ Medici is an ideal place to live a new and different holiday. You can reach all the most famous destinations in Campania, such as Herculaneum, Vesuvius, Sorrento, Amalfi Coast, Positano, Paestum, Ischia, Capri.
You will be able to visit their farm of local and exotic fauna. Their stables and Horse Club is one of the most prestigious schools in Italy.