Salted or sweet: history of the Neapolitan Caprese double recipe

Caprese Cake and Salad: the meeting between sweet and savory 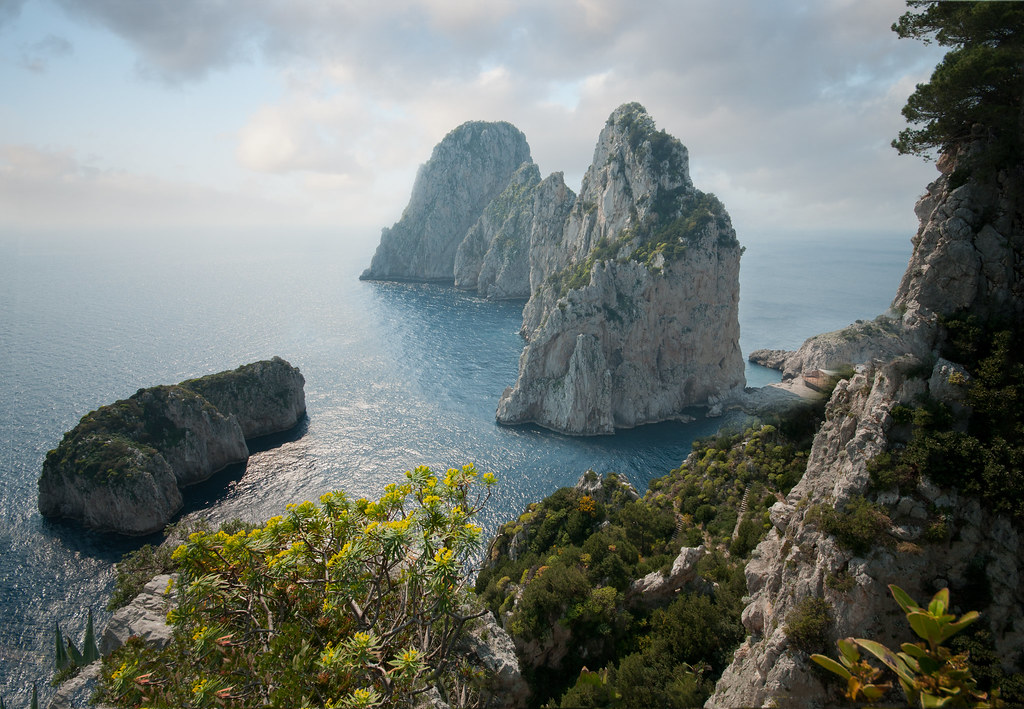 Today we have prepared for lovers of gastronomy and good food a tasty and fun itinerary in the made in Naples cuisine. These are two simple and effective recipes that are universally known with the same name: we are talking about the Caprese Salad and the Caprese Cake. To avoid the usual diatribes between lovers of sweet and savory we will not do wrong to either of them, and we will reveal the secrets and background of both. Indeed, we invite you "to kill two birds with one stone" and, on a beautiful summer day, we urge you to indulge in this nutritious and satisfying experiment: a nice lunch with a lot of dessert with our two beloved specialties, maybe in front of the venerable Faraglioni of Capri. So get ready to buy the ingredients we will list in the nearest supermarket and be ready to show off your culinary talent.

History and recipe of the Caprese Salad 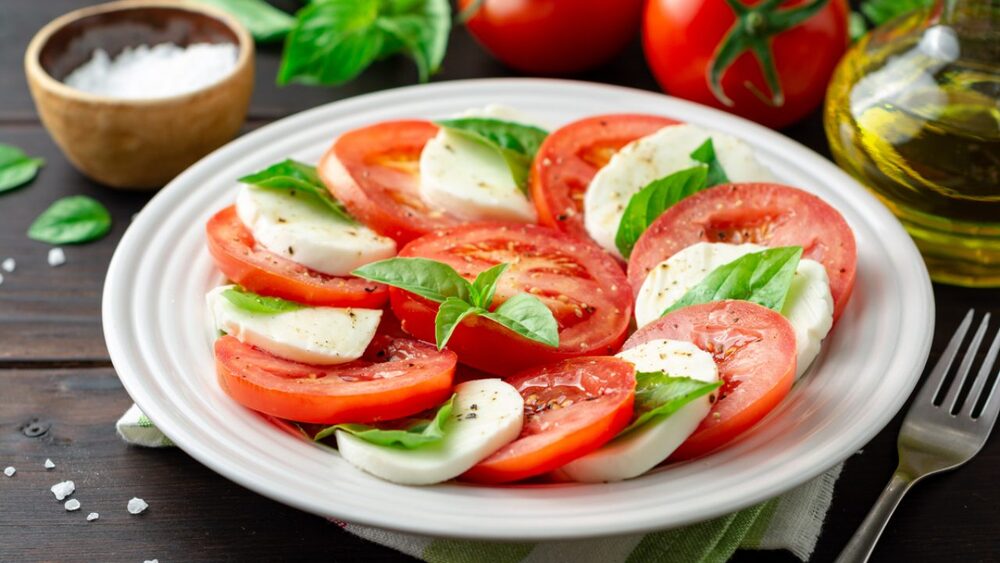 Let's start, obviously, from the salty one, to give some historical indication on the birth of the Caprese Salad, of which there are various versions, which however, all unanimously agree on the place of origin of the recipe: the splendid island of Capri. In one of the most accredited, the invention of the dish is attributed to a post-war mason who, for patriotic spirit, would have first used basil, tomato and mozzarella to fill his sandwich, in memory of the colors of the Italian flag and for the joy of your palate. A fresh snack, suitable for heavy work like his, especially if done in summer. Another version of events, however, dates back to the first appearance of the Caprese in the early twenties of the twentieth century, on the menu of a futurist dinner held at the Hotel Quisisana in Capri. It seems that the idea of ​​serving the innovative delicacy to the poet Filippo Tommaso Marinetti was linked to his reticence towards traditionalist cuisine: a gimmick, therefore, to satisfy the nonconformist spirit of the Egyptian-born intellectual.

As for the preparation, however, here is what we suggest to get the best result by following the traditional recipe.

The ingredients and quantities for two people are: 4 or 5 quality flask or beefsteak tomatoes for salads or classic rounds, preferably fresh and free of any bruises; 200 grams of buffalo mozzarella or fior di latte from Campania which must be properly drained; then to season everything properly, the inevitable fresh basil, a teaspoon of oregano, extra virgin olive oil, salt and if you want some pepper.

As for the preparation and serving, however, we advise you to wash and dry the tomatoes perfectly and cut them with a fine knife to make slices 6-7 mm thick, arrange them on a cutting board and finally, to sprinkle everything with salt; slice the mozzarella keeping the same thickness of the tomato slices and start the dish using some basil for the bottom of the dish you are going to use. Try to alternate the tomato with mozzarella and use basil to accompany and emphasize the tomato-mozzarella pairs as well as to decorate the dish. Finally, a drizzle of oil and a sprinkle of oregano will make your creation perfect and ready to be consumed.

Recall that Caprese can be served as an appetizer, as a side dish or even as a first course if accompanied by bread, or in bread, as told in the anecdote of the Caprese laborer, and this makes it suitable for all circumstances, especially for the short time running which is roughly 5 minutes.

So did you like it? We hope so, but don't overdo it and leave room in your stomach "for the sweetened version".

Caprese Cake: when it was born and how to prepare it

Even the birth of the Torta Caprese is shrouded in an almost legendary aura, and among the versions that have been handed down to us, the most reliable is certainly the following. In an artisan pastry shop in Capri, the infamous dessert was created by the chef Carmine di Fiore for a sort of involuntary and brilliant mistake. The Neapolitan chef had been commissioned to prepare an almond cake by some criminals sent by the famous boss Al Capone to carry out their shady business on the island of Campania. Perhaps because frightened by his customers, Di Fiore, however, forgot to add flour to the dough. But this forgetfulness, instead of costing him his life as he would have expected, thrilled the criminals for the innovative effect that ensued: the cake, in fact, was soft inside and crunchy on the outside! The criminals even asked the cook for the new recipe, who later continued to perfect it and prepare it for his future customers.

Another version of the story, however, places the birth of the dessert in a different historical scenario. We are in the Bourbon era, at the court of Ferdinand IV of Bourbon, the big nose king, and of his beautiful and capricious consort, Maria Carolina of Habsburg. The latter, taken by a culinary nostalgia, seems to have asked the court cooks to prepare a Sacher Cake for her. Unfortunately, no one knew the recipe for the sweet so loved by the princess, who, however, at the request of her chefs, accurately described its appearance and flavor. The result was amazing, and since then a new recipe enriched the already renowned Neapolitan cuisine.

But leaving aside the story for the moment, what are the essential ingredients to obtain a good Caprese Cake? Here they are: first of all the inevitable dark chocolate, about 140 grams; then 100 grams of butter and 130 grams of sugar; 150 grams of unshelled almonds; 3 eggs; a teaspoon of baking powder and finally some bitter cocoa and icing sugar. As for the preparation, however, here is the best strategy to adopt: take a saucepan and melt the dark chocolate, sugar and butter well inside it. Then, once everything is dissolved, let the mixture thus obtained cool, and when it becomes lukewarm, pour it into a bowl where the well-chopped almonds and the confectionary yeast must be added. Then in another container separate the yolks from the whites and add only one to the previously prepared mixture, and mix everything with a wooden spoon. To the result obtained, also mix the three specially whipped egg whites. Then equip yourself with a cake mold and butter it and sprinkle it with bitter cocoa, and in the bed thus prepared, pour the mixture well blended previously. Bake everything in the oven for about 35 minutes at a temperature of 180 degrees and when you are done, serve your cake peppering it with icing sugar.

And then? And then you just have to taste it, and don't worry if you can't resist the temptation to finish it all before taking your hydrofoil to Capri.