The Babà: the king of Neapolitan Sunday desserts

Babà as a dessert after a meal, a tradition on Sunday 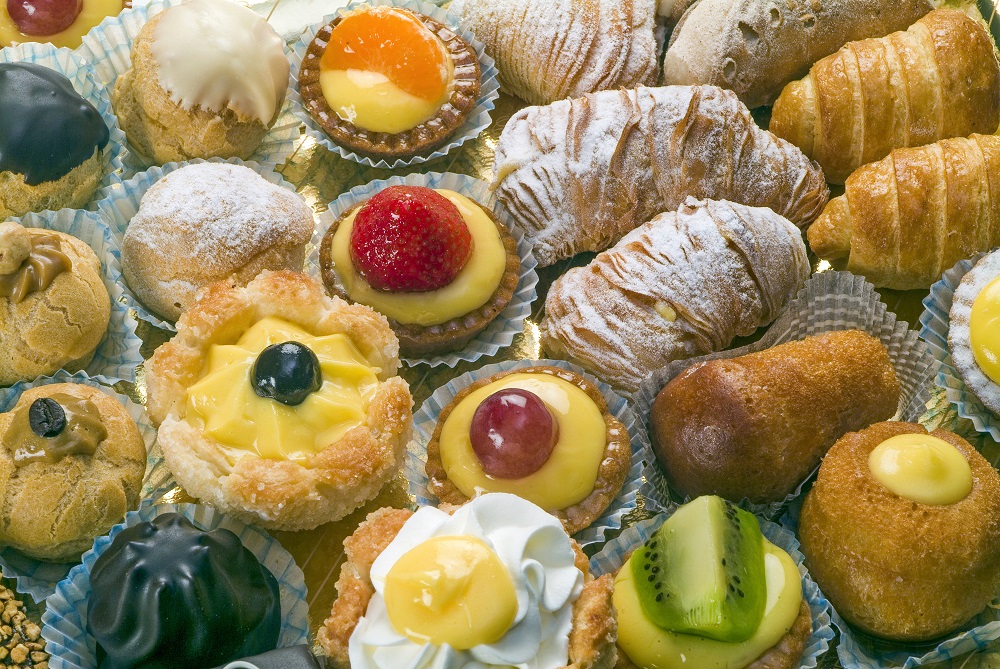 Traditionally Neapolitan families get together for lunch on sunday. Usually, after they ate meat sauce and aubergine parmigiana, it's time for the dessert! Whethever you choose, a cabaret of pastries or a cake, the babà is a must!

The babà is a traditional symbol of Neapolitan cusine. It's emblem of goodness and simplicity. Its simple appearence hides a complex making and long leavening are the secret of its particular texture.

The babà presents itself in the classic shape of mushroom or bundt cake. You can eat it plain or with: fruit and whipped cream, pastry cream and amarena, chocolate, ect.

Eating babà is very easy! You don't necessarily need a plate and a fork, but you could just eat it with your hands. That's why it's also part of the menu of Neapolitan street food.

You can eat the babà for breakfast with coffee in a bar or as a short break during your visit in Naples.

A new way to eat babà, specifically for street food, is "by the glass". Some Neapolitan pastry chefs invented this "on the road" version: in this way you can eat your babà while you walk and visit the city.

In conclusion, at the table with your family or around the city, if you are in Naples eat a babà!

The liquor for the babà bath

The big debate about the babà's making is: what liquore to use for its syrup?

The syrup is its most important feature. In Naples the making is with rum, while on the Amalfi Coast with limoncello.

Despite the purists prefer the traditional recipe of rum babà, the limoncello, thanks to its critical component, perfectly balances the big quantity of sugar.

If we feel life becoming too intolerable...eat a babà!
Marisa Laurito

Babà in the slang expressions

In Naples the babà is a serious thing! The word has joined in daily life, and not only in the culinary field.

Don't be surprised if a Neapolitan person will tell you "si nu 'babà" (you are a babà). This expression is used to describe a sweet and kind person. So its meaning is very positive and if someone has ever told you, you can be happy.