The cuisine of a millenary city: the traditions of Aversa

Aversa: the thousand-year-old city of music and of the hundred churches

Aversa is a city in the province of Caserta. It is a millenary city rich in history and culture with important monuments and several typical products such as the Asprino, the Mozzarella di Bufala and the Polacca Aversana. The city was founded in 1022 by Rainulfo Drengot and so the next year it will celebrate the thousand years of its foundation.

It is known as the city of the Hundred Churches and is, present in, one of the largest historical centres of Southern Italy. The construction of so many churches, belonging to different periods, is due to its history full of important events and the spirituality of the citizens of the past.

The coat of arms of Aversa is the basilisk rooster: a legendary animal, illustrated with the body of a snake, the head of a rooster, wings and legs of an eagle and it is a symbol of eternal life. The rooster represents the Normans, once known as Gaul, and the basilisk represents the Oscans, the area's ancient inhabitants. The coat of arms bears a motto in Latin: Qui Sub Ingesta Jacuit Basiliscus Harena Invicutum Liber Protulit Ille Caput ("The basilisk that lay in the arena, free raised its head unconquered").

Also, Aversa has a strong musical tradition. Today there are many events dedicated to music. Indeed, the most important Italian 18th-century musician and one of the greatest represents of Neapolitan Music School, Domenico Cimarosa, was born in Aversa. Today it is possible to visit the Casa Cimarosa, which houses the foundation, a museum and an auditorium dedicated to him; while in Sant'Audeno Church, it is preserved his birth certification (1749).

Food and wine: the historical tradition of Aversa 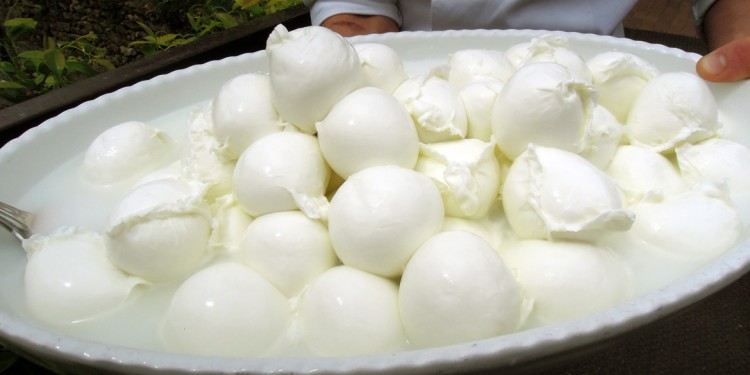 The city of Aversa is linked to the famous buffalo mozzarella, known in the area since the Middle Ages. The first documentations that speak about this cheese are of the XIII century: the monks of St. Lorenzo monastery in Aversa (who moved here from Capua around the year 1000) used to offer it to the pilgrims who used to visit them every year. In the beginning, it was called Mozza or Provatura, the present name mozzarella appears for the first time in a written of the Pope's cooker Bartolomeo Scappi in 1570.

Asprinio wine is another typical product of the area: its name Asprino (= a little bitter) comes from its tasty sensation because of the grape used for its production. Aversa Asprino is a DOC white grape variety, which vine gives better results when grown as a tree. The plant is often combined with live stakes (elms or poplars) to form a vegetal barrier that can exceed 20 metres in height. It is said that the Bourbons used them as defensive barriers against enemy cavalry. 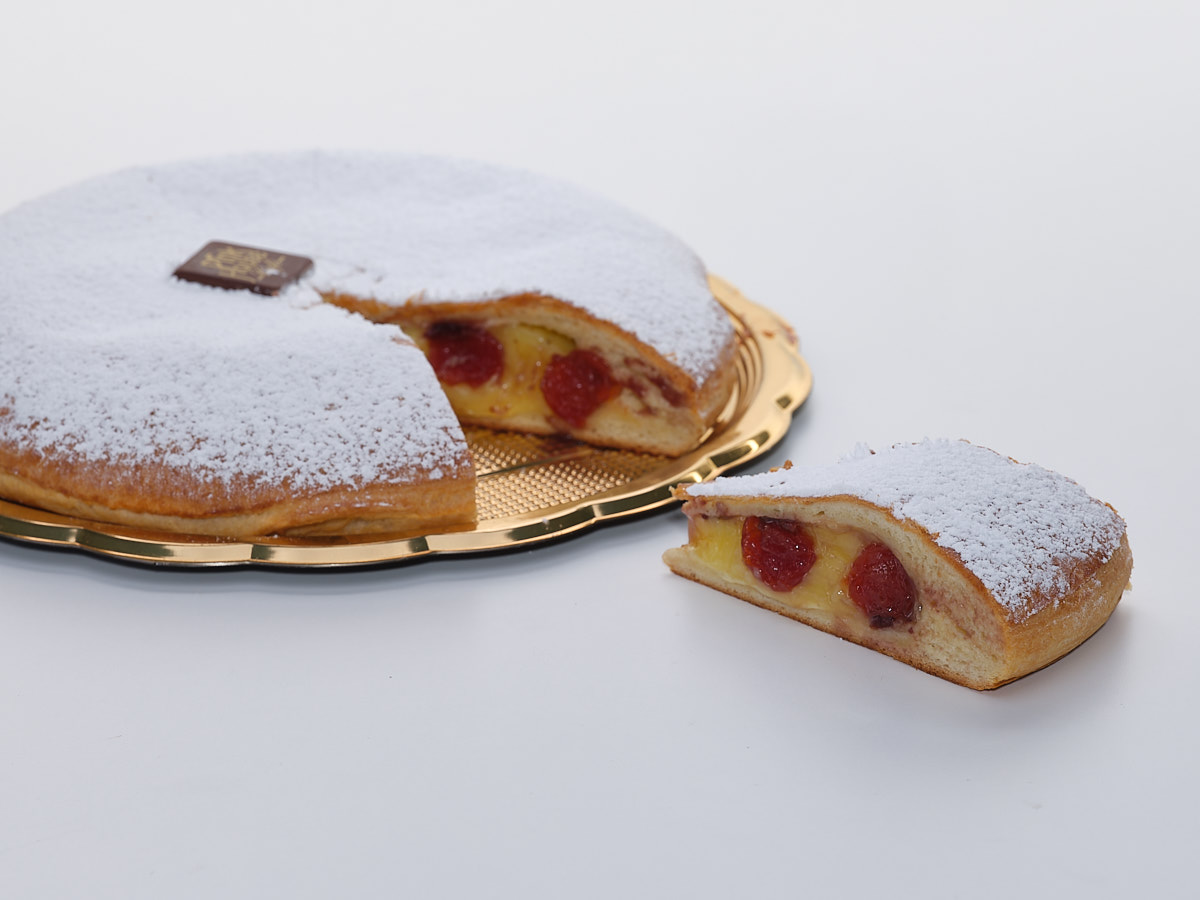 The Polacca is the typical cake of the Aversa tradition: a soft brioche pastry with a heart of custard and sour cherry.

Legend has it that in the early 1900s in Aversa, in the province of Caserta, a nun of Polish origin lived in the Cappuccinelle Convent. In the 1920s, the nun prepared her typical cake for her sisters. This recipe was reinterpreted in a traditional Campania key and so the Polacca Aversana that we can still eat today was born.

You can taste this delicious dessert in the shape of two versions:

In Aversa, the Polacca is a proper institution, known everywhere. It is said that many famous people have tasted the Polacca Aversana: the President of the Republic Giovanni Leone, the entrepreneur Umberto Agnelli, the singer Roberto Murolo and Pope John Paul II.

The renowned Pink House pastry shop in Aversa has jealously preserved the original recipe for this cake intending to hand it down to future generations. Every day, its master pastry chefs faithfully prepare it exclusively in an artisanal manner with knowledge and passion. The founders, the Vitale Brothers, have decided to register their mark to promote the Polacca and Aversa in every part of the world.

The Polacca's traditional recipe is with custard and sour cherry, but during the years new varieties have been made. The Pastry Shop offers many tastes and versions, the rustic one too!