3 places of esoteric Naples wrapped in the mystery

There are many places wrapped up in the mystery in Naples: in this article, there are three esoteric places that you can easily visit, walking around the city. Now, let's follow us in esoteric and mysterious Naples!

on the island of Gaiola there is a desert and esoteric palace, where the ghost of a faceless woman lives. Fishermen say that the ghost is a soul of a woman, who lived there with her husband, in the 1920. Her husband betrayed his wife with her sister-in-law; the woman, confused, ran away. Then, the sea returned the body of the poor woman, who was dead. Anyway, the island is involved in others mysterious deaths: for example, the perfume dealer, Otto Grunback, who was found dead suicide. And, Maurice Sandoz, a pharmacist of the last century, who was convinced of being persecuted by bad luck. He was locked in a psychiatric hospital, where he died in mysterious circumstances. 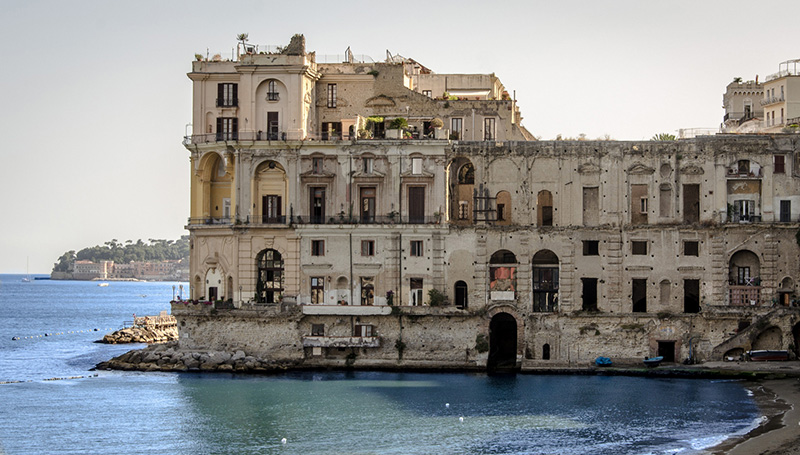 the palace was built at the end of the 15th century on an existing building. According to legend, Donna Anna Carafa and her husband, Duke of Medina Coeli, lived in the palace. They loved organizing big parties, where all the Spanish and Neapolitan nobility used to take part in. During one of these parties, there was a show of a comedy whose actors were the same guests. Among the actors there were Donna Mercedes and Gaetano of Casapesenna, Donna Anna's lover: they  interpreted two passionate lovers and this made Donna Anna furious. Donna Anna was very jealousy, because the two actors seriously fell in love from that evening. Later, Donna Mercedes disappeared: her disappearance was wrapped in mystery. Gaetano never gave up the idea of losing his beloved, and he looked for her everywhere, until he was dead during a battle. So, it is said that at the palace the ghost of evil Donna Anna appears together the two lovers, who are desperately looking for each others. 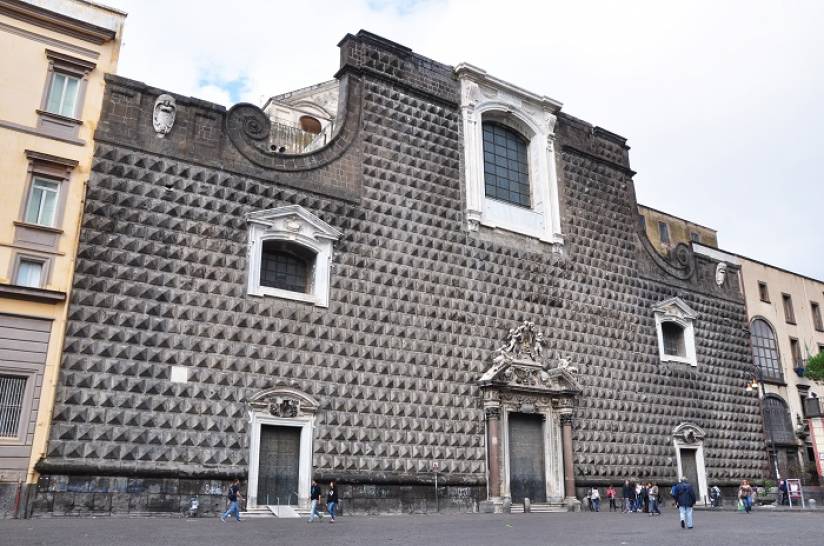 this church is baroque and esoteric, and it was building around 1584 and 1601. According to recent studies, it is a pentagram: infact, there is a music carved on the facade of the church. And finally deciphered by an art historian, Vincenzo De Pasquale, and by the Hungarian musicologist Lòrànt Réz. So, the Aramaic letters aren't just esoteric and alchemical symbols (as we always thought). But they are a score of a concert for plectrum instruments. The Aramaic letters  are seven just as the notes. Now, these notes create a beutiful music: you can read the notes from right to left, looking at the church, and then from top to bottom. Where there aren't any sign, there is a break.