Christmas in Naples: the Neapolitan games for the Christmas holidays 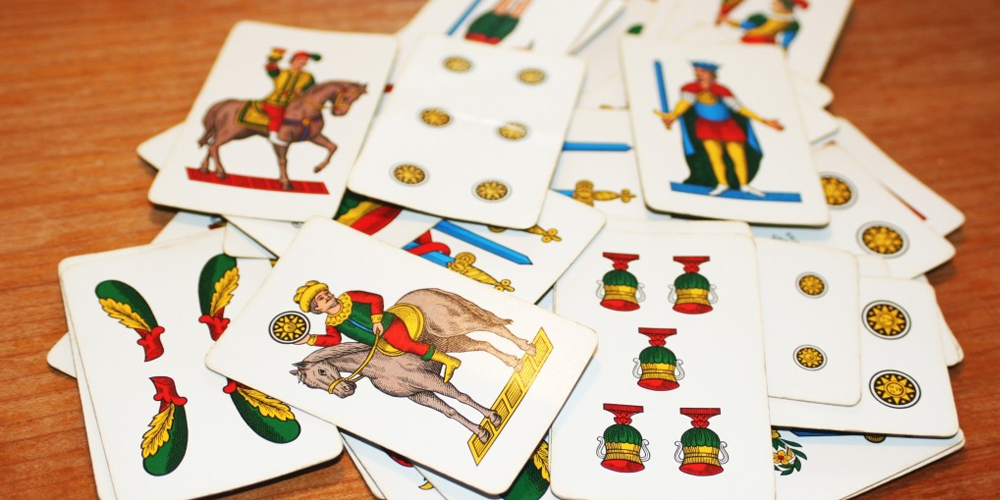 Naples feels Christmas in all its aspects so that even after dinner it cannot be omitted. Usually the post-Christmas dinner is a time to be together, to exchange gifts and to tell each other about Christams lunch, but in Naples, all this is peppered with a popular tradition that involves adults and children: group games.

Naples has many Christmas games that range from the oldest such as bingo to the merchant at the fair to more modern and digital games.

The game of bingo: the Neapolitan version of bingo

Bingo, called tombola in Italian, is one of the icons of the Neapolitan and Italian Christmas, so much so that if you think about this holiday you can't help but go through your memories of how many times we have celebrated Christmas or awaited midnight New Year with a bingo involving young and old.
Bingo is rooted in the history of the Kingdom of Naples. It was 1734 when King Charles III of Bourbon and Father Gregorio Maria Rocco discussed the legalization of the lot. The compromise was found by banning the game during the holiday season, thus forcing families to organize a home version of the game. The 90 numbers of the grimace were placed in a wicker basket, known as panariello which is still used today, and drawn by lot. The winner is who first fills an entire folder with the numbers drawn.

Neapolitan card games: 7 and a half

Seven and a half is one of the most popular card games during Christmas. All you need is a bunch of Neapolitan cards and you're done. The aim is to collect the cards as close as possible to the value of 7½ without passing it, a bit like with black-jack.

The game consists of some odds or bets you make before asking the dealer to turn over the cards, which have different values. All cards have a nominal value except for eight, nine and ten, which are worth half a point.

Board games: the merchant at the fair

Along with the aforementioned games, the merchant at the fair is one of the most historical and played games during Christmas.

The origins date back to the first half of the eighteenth century and the game, very similar to bingo, consists in extracting prizes that this time do not concern numbers but cards. The merchant at the fair is composed of two bundles of identical cards, one of which is distributed among the participants while the other is used for extraction. The characters of the cards have always been the same for about two hundred years, so much so that they represent now obsolete crafts, particular animals or exceptional types of architecture.

The saltacavallo is one of the most popular Christmas games. A deck of 40-card cards is used and a card is dealt with each of the participants, counterclockwise, and puts the deck on the table discovering the last card.
The game aims to not remain with the lowest card in hand. The first player, next to the dealer, checks if his card is high enough to be safe, if this were not, he can exchange with that of the player on his right, this change can only take place once and is irreversible. The game continues to the dealer, who exchanges with the deck. Once the round is over, the cards are revealed and whoever has the lowest card loses a bet, which is left on the table forming the "pot" that will go to the winner.

One of the contaminations that Neapolitan Christmas has received is poker. The most common are the American and Italian versions

A game that, however complex, still manages to attract the attention of all the participants to the festivities with its colours, the chips and the use of technical terms directly in English that bring a bit of Christmas across the Channel even here with us.

Games to play during the Christmas holidays

Christmas games are exterminated and often vary within family traditions in rules and methods. Many other games are played during the Christmas season and if you come to Naples you can't help but try them all!