Lifes and facts about women who made the history of Naples

When you visit Naples, or other places in Italy, you may hear somebody calling a girl named Luisa, Eleonora, Carolina, Giulia, Maria and Matilde. These are the names of some historical neapolitan women too. In the world, Neapolitan women are famous to be beautiful, passionate, enterprising and strong. The past confirms this. Read on to enjoy their feats visiting some places where they have lived or where their ghost could appear in the night…

Do you know Maria Luisa Fortunata de Molina? Maybe not. If you hear the name Luisa Sanfelice, it sounds familiar. Do you know that is the same person? Keep on reading and discover the historical triangle between Luisa Sanfelice (1764-1799), Eleonora Fonseca Pimentel (1752-1799) and Maria Carolina, Queen of Naples (1752-1814) because of their destiny of blood, innocence, revolution and lust.

Maybe, Luisa Sanfelice never existed and, probably, she was just a female character in literature and movies  because there are different versions about her age, life and personality. Here’s are the facts we know about her:

History and facts of Luisa Sanfelice 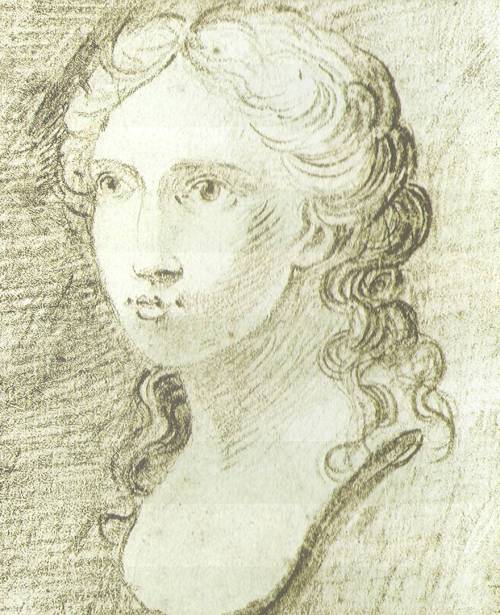 Luisa’s father was Don Pedro de Molina, a capitain of the queen’s infantry and the mother was Camilla Salinero from a military family. Sanfelice was the Maria Luisa’s husband surname, the cousin Andrea Sanfelice whose family was loved by the Borbone. In Naples, we use to say “Tene ‘o pepe” when someone is passionate and vibrant. Luisa Sanfelice “teneva ‘o pepe” because she appeared a quiet girl and, instead, she was mischievous. She had a deal with Andrea: everyday,  he used to look at her while she had a bath, but without touching her naked body. The betrothed husband was not so good for Luisa because he was a guilty and reckless man. Despite all, they married in 1781 with a sad marriage full of adultery and poverty.

Luisa Sanfelice was very beautiful and the pregnancy of three childs made her curvy and seductive. There were rumors that she had a lot of suitors. She was torn between Gerardo Baccher, a Borbone supporter, and the Republican Fernando Ferri. Masked by a friar, Baccher revealed a secret to the beautiful Luisa: the conspiracy against the Republicans to help the King Ferdinando IV di Borbone to come back in Naples, after the influent queen Maria Carolina conviced him to escape.

Probably, Luisa told everything to Fernando Ferri and her life changed: she was considered one of the enemies of the Borbone; according to some sources, her relationship with the republicans was influenced by the friendship with Vincenzo Cuoco.

The Queen Maria Carolina and Ferdinand IV wanted to kill her. Despite all, the most part of the Neapolitans, even the chief of the police Antonio della Rossa, believed in her innocence and a lot of people helped her. In fact, with the accomplice of Antonio Villari, she pretended to be pregnant and got away with the execution.
Time passed and the pregnant belly didn’t grow up and the truth came at light. On September 11, 1800, Luisa was executed in Piazza Mercato in a brutal and sad way: before her head was cut off, a heedless soldier fired a rifle shoot. The executioner got scared and the axe didn't hit the target. Luisa was still alive and ran away in the crowd with the dangling head and the executioner pulled off it with a knife.
The legend has it that the Luisa San Felice’s ghost appears every  September  11 in Piazza Mercato in two ways: beautiful and attractive or bleeding with the dangling head. 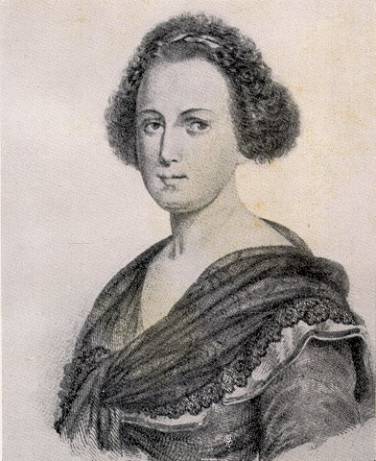 Eleonora de Fonseca Pimentel was not loved as the innocent Luisa. They both died in the same period and in the same way, but with a different fame in cause of a true republican ideology. If you want to breath her revolutionary life, walk in via Santa Teresa degli Spagnoli, where the writer, poetess and journalist lived. She was born in Rome into a Portuguese family and grow up in the Naples who, at the time, started to assume the form of a beautiful and tourist city.

A modern woman, polyglot, passionated about science, economy, law and astronomy and influenced by the age of Enlightenment, she was sixteen years old when she started to attend the social and cultural gatherings. She even inspired Voltaire with the sonnet Beau rossignol de la belle Italie and, furthermore, she got the attention of the writer Pietro Metastasio. There were rumors that they had a passionate correspondance and that this was the reason why Eleonora broke up with her husband Pasquale Tria de Solis. The Eleonora’s love life was different than Luisa Sanfelice's one: an arranged marriage because of her dowry was the only interest of Pasquale Tria de Solis. He didn’t love her and he was molest and that's why Eleonora asked to the King the help to divorce.

About the revolution, Eleonora was often detained because of her involvement, between 1792 and 1798, with the french events in Naples. In her house in Quartieri Spagnoli, she organized the discussions about the Moniteur Universel contents, introducing some copies of the French Constitution and hosting the treacherous Annibale Giordano, who named Eleonora to the bourbonic police.

During a search, the police found a copy of the Encyclopedie. Eleonora released in 1799 and on January 19 she helped the Revolutionary Neapolitans to occupy Castel Sant’Elmo, helping the french men to enter in Naples.

On January 21, 1799 she wrote a tribute to freedom to declare the Parthenopean Republic. In the same period, she became the Monitore Napoletano editor in chief, the first Political newspaper of Naples.
The legend has it that Eleonora wrote some insulting sentences against the Queen Maria Carolina's sexual habits. On August 20, 1799, the revolutionary woman was executed. Maria Carolina, Queen of Naples, was married with Ferdinando IV of Borbone, the older sister of Marie Antoinette of France and the daughter of the empress Maria Theresa of Austria.

There are different versions about Maria Carolina’s personality. Some people say that Ferdinando IV, knew as "re nasone" and as a pacific man prone to the fun, gave her all the power about the decisions of the Reign; other people say that she wasn’t able to use the power.
During the Reign of Maria Carolina and Ferdinando IV,  via Toledo, via Foria and the Riviera of Chiaia became the path for the carriages and appeared the first street numbers.

She was a very lusty woman and didn’t care about the moral standards. According to some resources, it seems that she met secretly her lover the Prince of Caramanico near the Virgil’s grave; prone at prostitution, with a false identity, she had fun with the Marquise of San Marco in the dens of vice.
In Naples we use to say “Nun è doce 'e sale” to talk about a someone with a very particular personality. So, Ferdinando IV was not "doce ‘e sale": he loved the women and in 1789 founded the San Leucio colony in Caserta,  a den of lovers.

Maria Carolina tried to kill Ferdinando IV with the help of her lover John Acton, who joined in the attempt to get rid of Bernardo Tanucci too.
Bernardo Tanucci was the counselor of the King and Maria Carolina hated him hand hindered his job because she wanted all the power .How it gone, it isn’t sure, but, it’s weird? Acton became influent in the political and economical decisions and established new alleances.

Maria Carolina hated the french men because of the murderer of her sister Maria Antoinette too. When she died in 1793, Maria Carolina declared the mourning and banned every kind of fun, private and public in Naples. In 1794, the Queen accepted the coalition with the England against the France. The England had a particular interest for the involvement of Naples in the war: it aimed the navy bases to permit to Horatio Nelson to rip to the France the dominance of the Mediterranean Sea; about this, there were rumours that the deals between Maria Carolina and Nelson were influenced by a common lover: Emma Hamilton.
Day by day, arrived the hot 1799 in Naples. The Revolutionary Neapolitan men declared the short Parthenopean Republic (it lasted just five months). In the meanwhile, Maria Carolina put together the Sanfedist Army. From this point forward, the destiny of the Queen intersected with Eleonora Fonseca Pimentel and Luisa Sanfelice in cause of the facts told previously.

From the passionated and bleeding beds of the Naples in the Eighteenth Century, a step back in time takes you to Giulia Felice’s house, the first landlady who invented the announcement “si loca” in the ancient Pompei of the I sec. a. C.

In via dell’Abbondanza, Giulia Felice builded a set of connected buildings and districts with different services such as a kind of restaurant and a thermal bath.

Daughter of Spurio Felice, she rented the beautiful areas of her wonderful house with a private bath and a garden such as a kind of a modern company, even with a big sign to decorate the building and to communicate the lease with the following sentence: Balenum venerim et nogentum tabernae pergule.

History Maria Lorenza Longo, the whoman who has founded the first modern hospital in Naples

You know, the bed is perfect to love, to rest and to assist the sick patients too. In  Naples, the inventor of the modern hospital was Maria Lorenza Longo, a catalan and religious woman blessed by the Virgin with a miraculous healing. She suffered from a rheumatoid arthritis and sweared to have care of the invalids in case of a sudden healing. So, in 1522 she founded Ospedale degli Incurabili di Napoli, a particular hospital that hosted the invalids suffering form any kind of disease; pay attention, the name "Incurabili" doesn’t mean hopeless, but hosting people not able to self-medicate.

Today, the Hospital is in via Maria Longo nearby the National Archeological Museum and is still active. Don’t worry, you haven’t to go there in cause of something bad, here you can find and visit the historical pharmacy too. 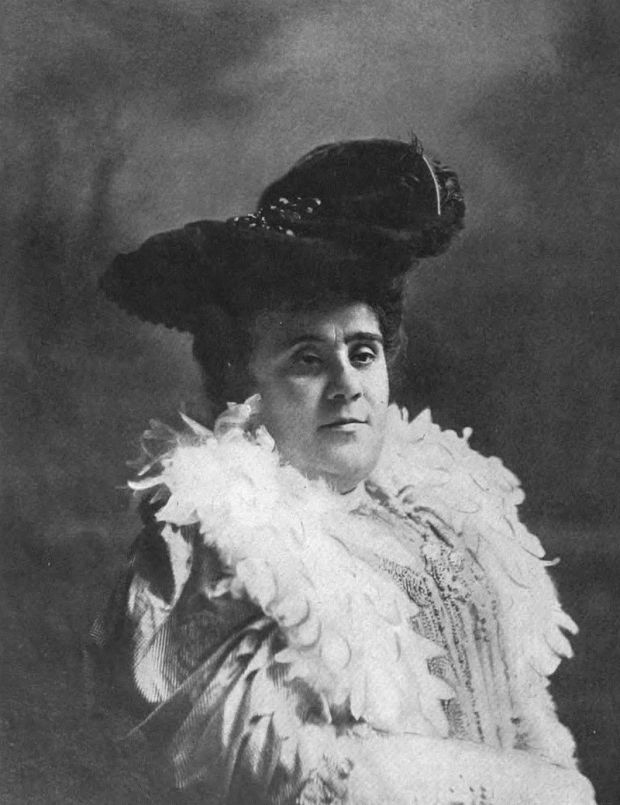 At this point, another step in the time takes you again in the age of the Borbone Dinasty in Naples. Yes. It seems that the Borbone's hang around the destiny of the historical women of Naples. Why? Because Matilde Serao was born in Patrasso (Greece) on February 7, 1856 because of her father Franceso Serao was an anti-borbone.

Came back in Naples, at the end of the Borbone Dinasty, when she grow up, she attended the Eleonora Fonseca Pimentel School in Piazza del Gesù; born in different periods, Matilde and Eleonora were both inspired by journalism and writing and, if Voltaire wrote for the second one a sonnet, Gabriele d’Annunzio wrote a novel dedicated to Matilde.

Not so beautiful and attractive as the other women that made history in Naples, the gifted writer had a busy and passionate life: she co-founded Il Mattino with her first husband Edoardo Scarfoglio. A few years later, they divorced and Matilde fell in love with Giuseppe Natale and founded Il Giorno. She died doing her favorite thing: on July 25, 1927, she was writing. Suddenly, an heart attack stopped her.

Matilde Serao wrote and told about Naples like no one ever at her time. With Il ventre di Napoli she shared her point of view about the Neapolitan culture and popular traditions through a kind of travel diary that you have to read even once in a life time: page by page, every word turn in to the eyes of a turist who reads the past Naples to love the present one.