Naples and the shape of the city: the introverted edges 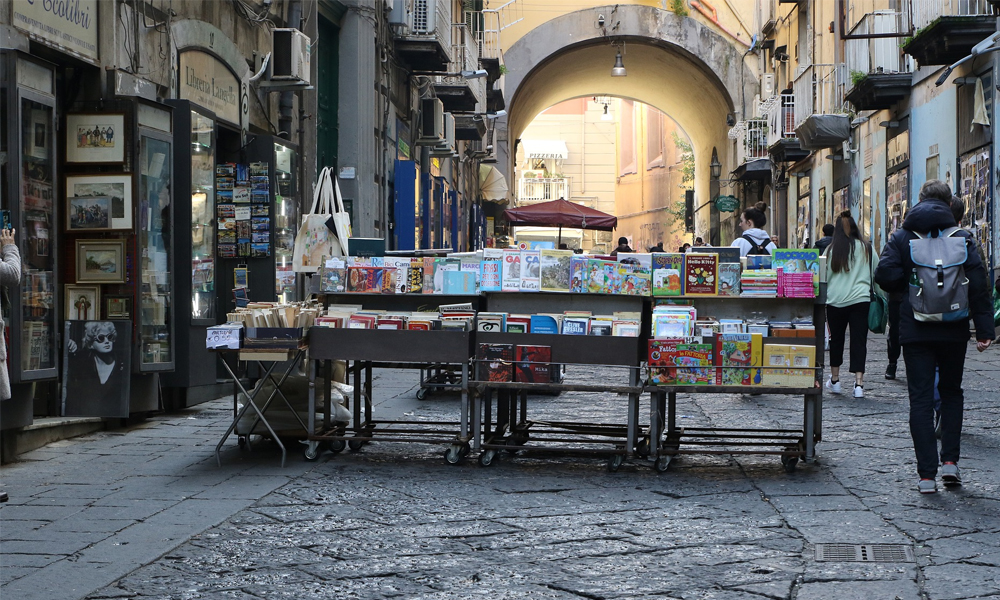 Via Costantinopoli stands out among the finest baroque environments in the city of Naples. Immersed between two natural ditches in which the waters collected and which acted as barriers, Via Costantinopoli had the shape of a very elongated square and gathered among sumptuous Baroque style palaces, among which for the preciousness of the materials and the complexity of the shapes it reaches the apex Palazzo Firrao together with the churches that are among the most beautiful in the whole Neapolitan city.

Clergy and nobility: fight against the expansion of Naples

The church of Santa Maria della Sapienza is the maximum degree of respect for the perimeter of the public space thanks to the double façade that closes on the street with the access ramp. The coupled columns instead recall the loggia of Palazzo Maddaloni. Via Costantinopoli, Piazza Bellini and central Naples, in general, are teeming with history and tales; this is found precisely in the monuments and buildings. Nobles and clergy fought in the history of the city and in urban planning.

The conquest of the city was in fact a way to give prestige to the religious order or to the noble house to which it belonged. In 1700 this competition became a real anti-clerical battle due to the birth of religious factories. In 1800 the ecclesiastical assets confiscated by the state were transformed into civil institutions. The Convent of San Giovanni thus became the Academy of Fine Arts in 1878. Twenty years later the cloister of Sapienza was abolished to give life to university clinics. The Convent of s. Antoniello in Piazza Bellini was transformed into civilian homes while the construction of the two parallels via Pessina and via Bellini proceeded more slowly until the end of the century.

Initially, various projects were proposed, later the Municipality entered into an agreement with the builder Enrico Hetch. Via Bellini, which was initially conceived as the backbone of the bourgeois class district, initially became the link between the Museum and Piazza del Gesù. the demolition of the grain pits to allow the extension of Toledo to the museum building.

The proposal was followed. In fact, the demolition works of the buildings in the area were started, the gate of Constantinople was also demolished in 1853 and the ascent of the Fosse del Grano was opened on May 30 of the same year. The Galleria del Principe was built in masonry, with an iron and glass roof. It consists of three arms, each of which ends with an exit. The construction of a fourth arm was also planned, but it was not possible to build it due to the presence of the church of Santa Maria di Costantinopoli.

In front of the Archaeological Museum, the exit of the gallery is inserted into a large portico. It is unusual to note that the three exits of the gallery are characterized by stairways of different lengths, due to the difference in height between the various streets on which the gallery faces. The area of ​​Constantinople, therefore, remains, even if of limited extension, a place of the city of Naples with an extremely singular character.