On the trail of the ghosts of Naples: the mysteries of Posillipo 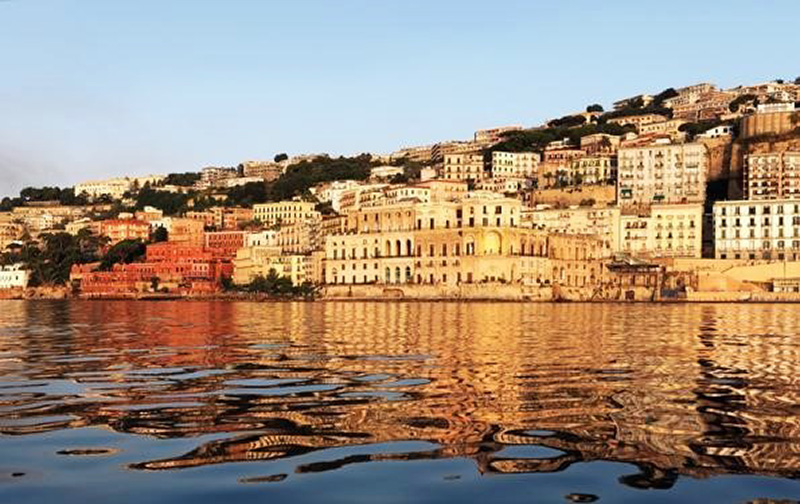 Along the most talked-about alleys and in the silent underground tunnels, in the halls of fairy castles and behind the windows of noble palaces, in the shadow of mysterious caves and suggestive cemeteries, the stories of the ghosts of Naples fluctuate. If the mystery is a matter that fascinates you, this city will spread its doors on the paths of the occult, in a mesmerizing mixture of colors and darkness, sacred and profane, beauty and perturbation.

As a real ghostbuster, you will be able to follow the trail that reveal the deepest secrets of melancholic, angry or mischievous spirits.

Did you ever imagine that the lovely hill of Posillipo, with its breathtaking views over the sea and the majestic villas, could give hospitality to the souls of troubled ghosts? Here are some examples:

Donn'Anna Carafa and the palace on the sea 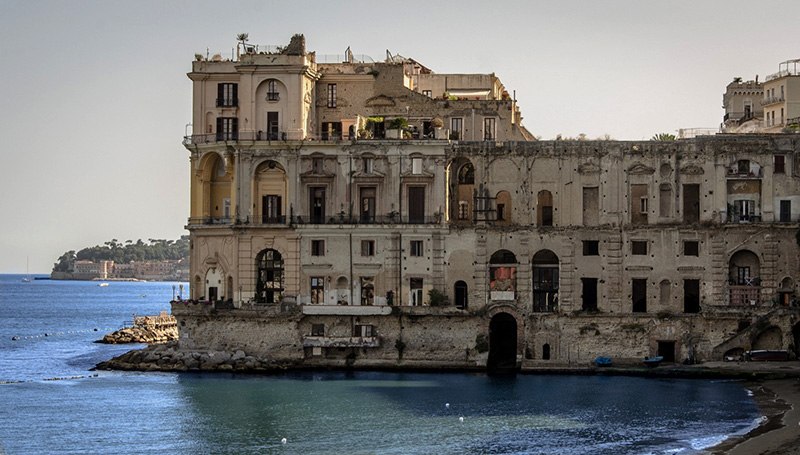 Palazzo Donn'Anna, built in the sixteenth century, is a charming and mysterious building that stands in the sea of ​​Posillipo. Anna, descendant of the Carafa and born in 1607, lived there with her mother and grandparents, after the premature loss of her father and brothers.

The famous owner, an haughty woman and neo-bride  of the viceroy Ramiro Núñez de Guzmán, Duke of Medina de las Torres, ordered the rebuilding of the palace by Cosimo Fanzago's design. The architect made a sort of castle, equipped with a theater and meeting place of the illustrious Spanish and Neapolitan nobility. Wonderful parties enlivened the building, and hordes of suitors contended for the beautiful Anna, more interested in prestige than its guests.
One evening, in line with French fashion, the Duchess organized a show in which the nobles would play the role of actors. Among them was the attractive and young Donna Mercedes de las Torres, niece of the duchess, who played a slave in love with her master, personified by Gaetano di Casapesenna, who was in fact her secret lover and that even Donna Anna had loved in past.

The two "actors" were so strongly dragged during the staging that this culminated with a passionate kiss that unleashed the applause of all the participants. Only Donna Anna remained in the shade of a fierce jealousy.

From that day, a fierce waterfall of insults swamped the two women, both open to the violent clash. Then, suddenly, Donna Mercedes disappeared. It was rumored that she had withdrawn into a convent following an unprecedented religious vocation. Gaetano sought her in Italy, France, Spain, and even Hungary, until, with his grieving heart, lost her life in battle.

Anna, supposed murderer of the girl, still sat on her throne, but the greed of her soul and a devouring jealousy consumed her. While her husband was in Spain, she died, alone and by allocating to ruin the marvelous palace on the sea.

Within its walls resonates the roard of the waves, and it seems that the spirits of Donna Anna, Mercedes and Gaetano, trapped in an eternal triangle of love and death, go out in the night.

The Palace of the Spirits at Marechiaro

The Palace of the Spirits, or Villarosa, is a ruin of a Roman villa from the 1st century BC. It stands on the evocative scenery of Pausilypon's archaeological and marine park, and it appears to have been the place of mysterious events, magnetic forces and night rituals related to the cult of the goddess Isis. It survives the weather, and also the "scugnizzi" (street urchins) that enjoy baths and dives during the summer, challenging the ghosts that inhabit the sacred temple.

The Palace of the Spirits, located in an area abandoned in the past, was discovered in 1840 by the Royal Engineer Guglielmo Bechi and secretary of the Real Institute (today, Academy of Fine Arts in Naples).

"Domus praestigiarum", that is to say "House of witchcraft" was one of the names attributed to the sinister villa, decreed by Marechiaro's fishermen as the ghostly home of ancient ghosts. During the night, in the opinion of the boatmen, a luminescent figure melancholyly melts the zither near the villa, declaiming poetry in Latin. Someone associates it with the well-liked poet Virgil, who during the Middle Ages practiced and taught magic arts in an esoteric school of Posillipo, impregnating the coast of hidden energies and potions that would even damn the waters of Gaiola.

The Gaiola, the damn island 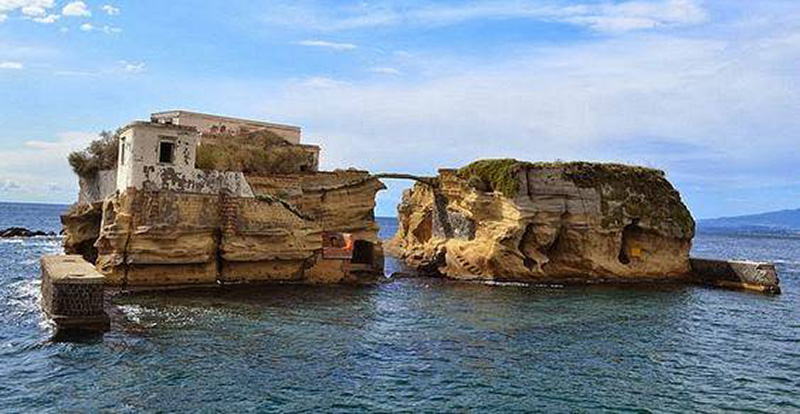 So how can we not mention this other fairy tale scenario, which, in a sublime natural and archeological frame, hides an atmosphere jammed with mystery?

The small island of Gaiola lies right in the heart of the protected marine area known as "Parco sommerso della Gaiola" (Submerged Gaiola Park). From a safe shelter for sailors, at the beginning of the 19th century it became the home of the solitary "Sorcerer" who lived thanks to the charity  of the local fishermen. At the time, next to the island, was erected the above-mentioned School of Virgil, a place for performing the poet's magical rites, which would contaminate the water's mirror around the island with a powerful spell.

Many Gaiola residents have suffered an unfortunate fate, due to family or economic misfortunes. Among them, Giovanni Agnelli, who lost many of his relatives and the subsequent owner Paul Getty, whose nephew was kidnapped by the Ndragnheta (Calabrian Mafia).

At the base of the misfortune that surrounds the villa, there would then be the affair of his first buyers, the Browns: an English woman and her noble husband, who fell in love his sister-in-law. His angry consort, began to attack her sister vigorously , leading her to suicide. The man, after the painful incident, shot himself, while his wife became crazy. The ghost of a faceless woman appears when the stormy sea breaks against the rocks.

Well, in a zone of mesmerizing beauty, where the wind shapes the rocky coasts of neapolitan tufo and the sea creates glimpses of spectacular views, hiding archaeological riches in its seabed, some mysterious presences impress their tint of black-mystery.