The legend of the porcelain ghost at Capodimonte

"Up on the hill lives the green forest with fresh shadows. The paths stretch as far as the eye can see under the large trees; on the ground the dead leaves creak slightly."

This is how the pen of Matilde Serao, writer and journalist who told about Naples and its ghosts, describes the forest of Capodimonte. If the spirits, the ghosts and the unfinished business are just gossip for the most skeptical, in Naples it is not just fantasy.
In this land of lights and shadows, passions and secrets, ghosts, folklore stories have always animated the parties, inspired the writers and have been handed down from generation to generation to ensure that these spirits will never be forgotten.
Among the many stories of which Naples is the guardian, we find that of the Maiden of capodimonte, a love story as precious and delicate as porcelain.

Who is the maiden of Capodimonte?

We don’t know her name or her young lover’s. According to legend, the young man used to walk through the green field of the forest because the city wearied him, and even if a gir destroyed herself with love for him, he didn’t reciprocate, because he knew that his love, was elsewhere, perhaps hidden between the trees of Capodimonte. He was right.

The boy, wandering through the woods in his solitude. One winter day, he saw in a slight haze a slender maiden, without contours that seemed to be made of air. The young man ran to the mysterious figure, but He founds nothing. The mysterious girl was gone.
From that moment on, every day he returned to the same place, and the girl was there waiting for him, she slowly gave herself. During their meetings the young man didn’t speak, he only contemplated herhe moved free on the meadows, caressed the flowers, wandered around the woods and her suitor followed her without feeling the tiredness in the legs. Her dress fluctuated, touched the grass, then at the end of the walk she, after greeting him, vanished in the castle door.
A dusk of autumn, the man could no longer hold back his feelings and used the most beautiful and explicit words to express his desire, his passion, his adoration for her.
At that moment, blood seemed to circulate in the girl’s white cheeks, then the hopeful young man asked her
"Do you love me?"
"Yes."
In a fit of passion the boy hugged her so strong that he heard a creaking, the girl fell to the ground in small pieces. It is said that the lover died of pain under the fragments of porcelain, the art for which Capodimonte became famous.

The museum of Capodimonte houses, in fact, a precious gallery of porcelain. This particular pottery embellished with bright tones and that over time took on more and more articulated forms, was imported by travellers, but it is to King Charles of Bourbon and his wife that we owe the foundation of the Real Fabbrica by starting a tradition that has not known an end. An eternal love, made of porcelain, like that of the unfortunate boy and his beloved. 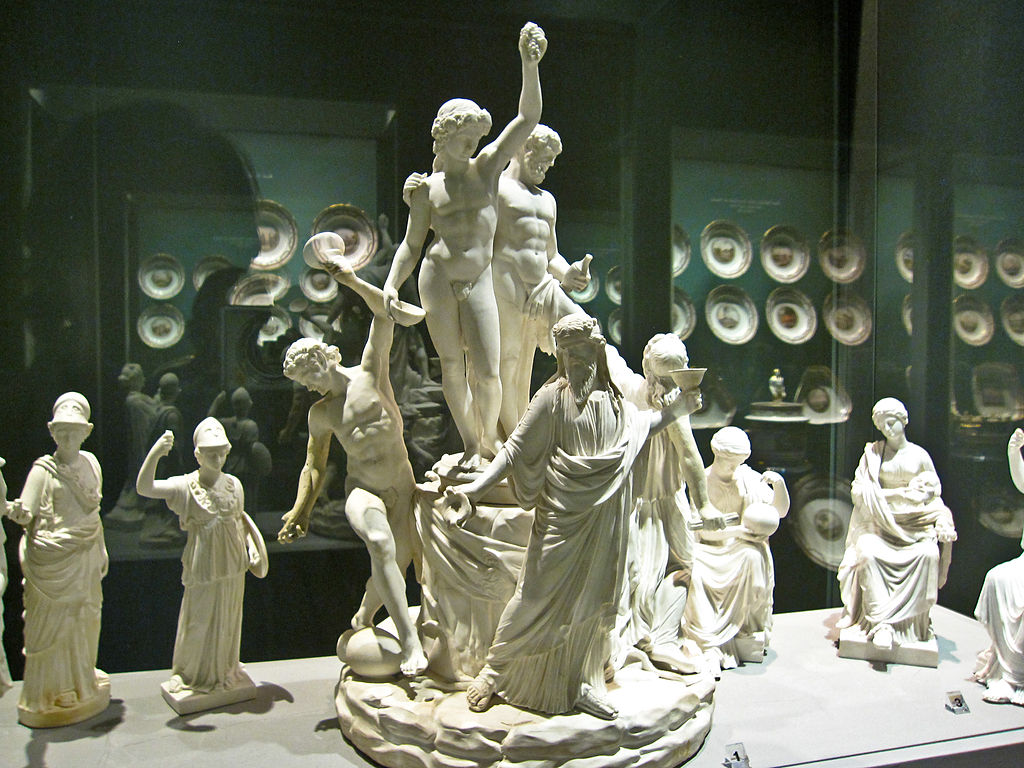 Visit with obligation to book and purchase online at www.coopculture.it and through the Capodimonte app that will also be used to listen to the music of the exhibition Napoli Napoli, lava, porcelain and music. The visitor, once at the museum, will be subjected to temperature measurement (clearway with temperature below 37.5) and guided by routes that will prevent him from crossing the visitor on his way out. Obligation to wear a mask and a restricted entrance. Precautionary suspension of the use of audio guides, cloakroom and bookshop. Sanitizing solutions in the toilets, elevators and located along the visitor's route. Licensed tour guides may accompany groups of up to 7 people.