The Three Kings moving on the Neapolitan nativity scene 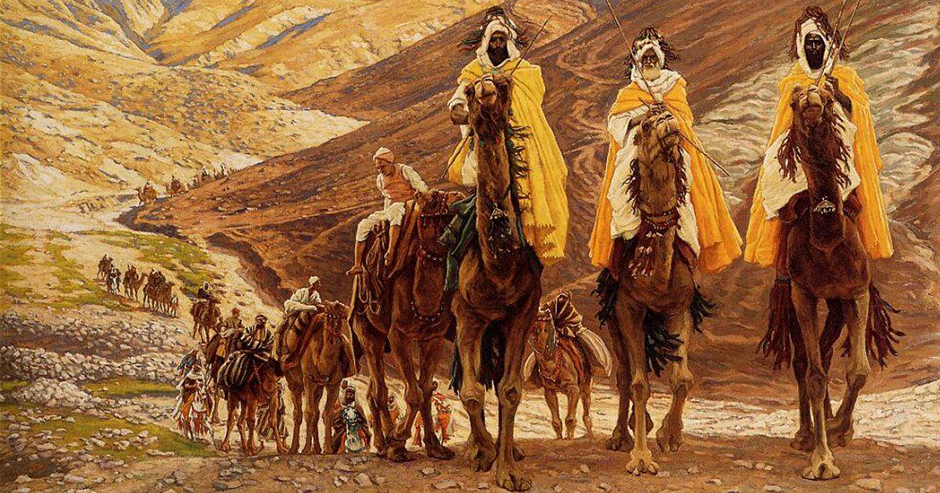 If you are going to spend your Christmas holidays in Naples, you have to go to San Gregorio Armeno discovering the most beautiful nativity scenes. Did you know that the three kings move on the nativity scene? Paranormal? Nope, that’s something about the origins of the Biblical Magi and their meaning on the Neapolitan nativity scene. Keep on reading and you’ll discover some interesting things about the three wise men.

Some facts about the Three Kings

Gaspare, Melchiorre and Baltassarre were three legendary men who brought an oriental spirit to the crib that today we Know in Naples. In fact, it is said that the oriental touch on the Neapolitan crib is in cause of the layover in Naples of the oriental business men of the ancient past.

The Three Kings presence is both inside the Evangelist Book of Matthew and in the Apochrypa. In the book of Matthew they were three oriental and rich men who traveled for a long time to meet the new king born in Bethlehem. We can’t say what is the very real truth about the event that we are talking about, but it is the reason why it’s so fascinating.

A long long time ago, the oral tradition mixed up the facts about the three kings, riching the fascinating legend about them, influencing the Neapolitan tradition too, especially for the 1700s Neapolitan Nativity scene.

So, what about the Biblical Magi of the nativity scene? In the origins, probably, they had different names. We don’t know why, but some literary sources talk about three Charismatic and Noble men called Hormidz, Jazdegerd and Peroz from a place nearby the Mesopotamia. Different books about them, explain the meaning of “magi” not such a kind of magical power, but in cause of a kind of talent in the astrological reading and that’s why legend has it that Gaspare, Melchiorre and Baldassare had mysterious and extraordinary powers.

The Three Kings moving on the Neapolitan crib

In the ancient festive Neapolitan tradition, the Neapolitans had to move the Three Kings on the crib from the beginning of the Christmas period to the 6th January, that is the Epiphany day.

So, tradition dictates that in the first weeks, the Three Kings have to be placed in the nativity scene far away from the Baby Jesus stable and closer on the Epiphany day. Why? Because of their historical and legendary journey to meet the Baby Jesus; despite all, nobody knows if the three wise men travelled  in thirteen days, a few months or two years.

Thus, what about the reason why of the three wise kings walked to Jesus? The literature about it it is said that these three charismatic men saw the Star of Bethlehemwho reflected the image of a virgin woman with a king baby. Thanks to their ability to read the secret message of the stars, they understood that something wonderful and special was coming and they followed the Star of Bethlehem. So, they started to follow the shiny star and met the Christ Child and gave him gold, incense and myrrh.