The tradition of "Café-Chantant" in Naples The story of Café Chantant begins in Paris between the end of the 18th century and the early 19th century. During that time the city was the symbol of Belle Epoque in France. It was a period characterized by optimism and economic prosperity, where the people were constantly looking for moments of escape and entertainment.

Café-Chantants were outdoor cafés where in addition to table service, there were cabaret and music shows. In the beginning, a small group of people went there, but at the end of the 19th century, the Café-Chantants started to compare with the Theater for audience and artists.

From Paris, the success of Café-Chantant shows moves in every part of Europe, by increasing competition in looking for the most beautiful and required sciantosa in the city.

Naples will be the Italian city with the greatest success of the Café-Chantant shows and cafés, till to become part of the Neapolitan Theatre.

Among the Italian city, Naples was the one that has been able to make the best from the Parisian tradition. The first café-chantant in Naples were: "Flora", "Diodato", "Veneziano", "I Cavalieri", all frequented by artists and rich bourgeois.

Over the years, the Café-Chantant in Naples became something authentic of the city. It was transformed into Caffè Concerto and had its own and distinctive characteristics that made it unique in the world.

The idea was of Luigi Stellato, who together with the musician Francesco Melber was the author of a famous Neapolitan song called "A Camesella". The exhibition was a duet between a young married couple where the groom invites the bride to strip to show him her body. It was the first-ever strip-tease show.

In few years, the Caffè Concertos appeared in far greater abundance around the city. Naples boasted cafés such as Gambrinus, Caffè Turco, Circo Del Varietà, Salone Margherita, Eden and many others.

The most famous was the Gambrinus that opens in 1890 and represented the most important place of meeting in Naples. Its salons are full of paintings, marbles and stuccoes. They have received all the intellectuals and artists of Naples in the 19th century, such as Salvatore Di Giacomo, Eduardo De Filippo, Benedetto Croce, Libero Bovio, Enrico De Nicola.

A direct competitor of Gambrinus was the Caffè Turco. It opened in 1885 and usually, its owner wore a red fez on his head. During these years, the Neapolitans start to drink and love coffee, or better caffè, that it is said that it is the Neapolitan cult par excellence. It personified so well the Neapolitan spirit that became the subject of popular song. 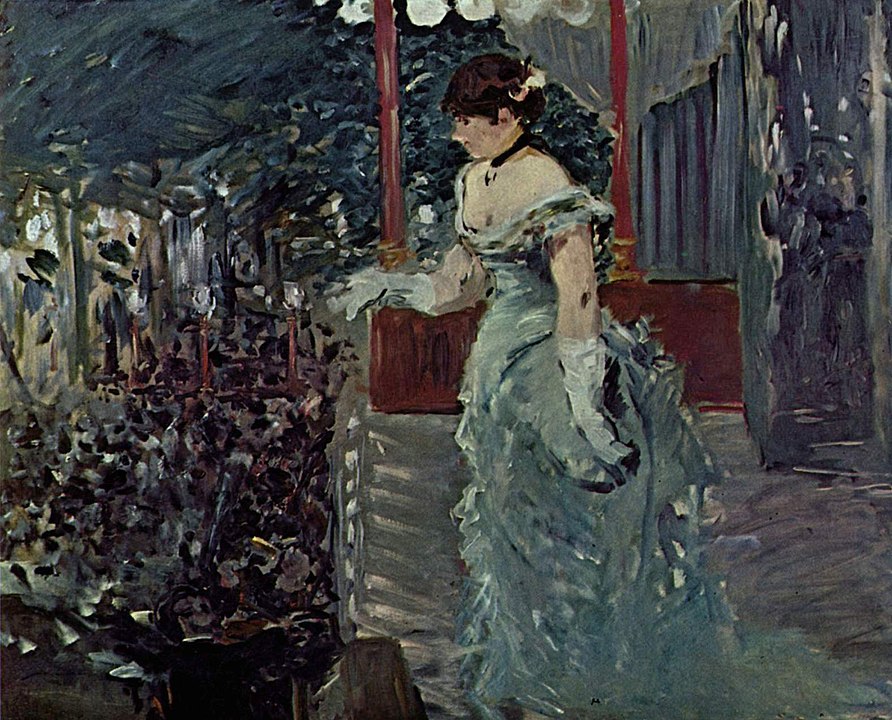 The sciantosa was the Café-Chantant's singer. The term is a distortion of the French word chanteuse. She was a stock character, together with the sketch, in the shows of Café-Chantant.

The sciantosa's life was full of sunlight and shadow. Usually, they were poor girls who tried the career in the show business to have an own identity in the world, living their past of traditions, clichés and taboos. One of the reasons, that probably pushed these humble girls to choose a life full of dangers and delusions, was the need to survive at any cost in a world where poverty and unemployment were an incurable wound, especially for the women. But just these women, thanks to their artistic and theatrical instinct and talent, were the real protagonists of Café-Chantant and these times.

Popular sciantose often had (or pretended to have) mysterious and exotic traits, such as a foreign accent, a turbulent past, or romantic affairs with lovers from the jet set. To emphasize their reputation of divas, prominent sciantose hired a claque to follow their shows.

Their role became more prestigious and professional over time. This transformation was clear also in their clothes and behaviours. The noblewomen went to the Café-Chantants to admire them and then to imitate them in gestures and clothing. They were real icons of charm and style.

Galleria Umberto I and the most famous Café-Chantant in Naples 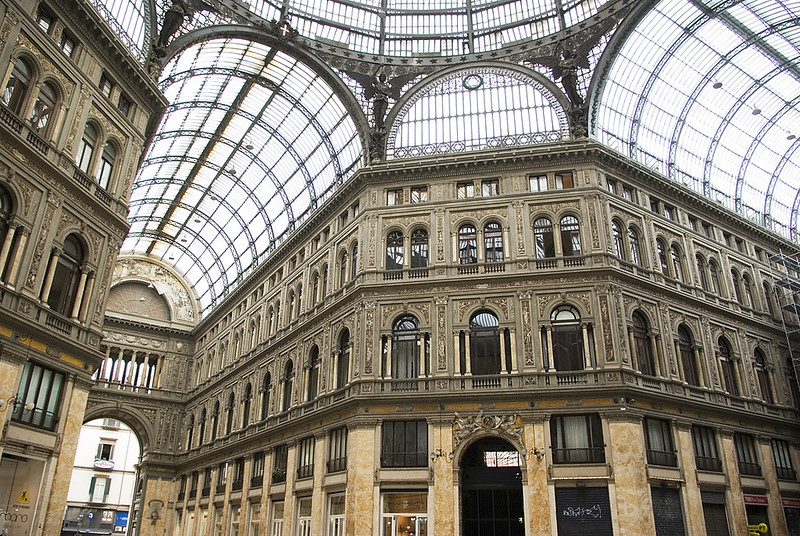 Galleria Umberto I is the symbol of Neapolitan Belle Epoque, a fanny place where there were the most famous Café-Concerts in the city. Here, in 1890, the Marino brothers inaugurated the elegant Salone Margherita. It imitated the French model, also in the language used: all its posters, menus and the contracts of its artists were written in French; as well as its waiters in livery and visitors spoke in French.

In Salone Margherita, the passion and success of Neapolitan music became widespread too. The theatre was in an underlying part of the Gallery. The stars of the show were the cancan girls who danced with legs uncovered, and also international artists such as the Spanish Bella Otero and the French Cleo de Mérode. Secondly, on the 30th of March 1896, there was the "first production of moving images", that was the cinema.

In the interwar period, there was the begging of Salone Margherita's decline, which meanwhile became the fifth cinema in the area of Galleria Umberto I. In the 1970s, it was known as a den of iniquity with vaudevilles and dance, not more characterised by the elegance, that led to its closing in 1982. During the last years, it has been opened again and used as a dancefloor for tango nights, far cry from the unscrupulous cancan of the end of the 19th century.