Three books you should read before coming to Naples

Travel to Naples? Reading will help you understand the city of Naples

Getting ready for your trip to Naples? Do you love to seek adventures while traveling as much as reading books?

I’d like to suggest you a few wonderful books that maybe will inspire you before your trip to Naples or maybe will remind you your Neapolitan experience.

A wonderful Italian contemporary writer that hides under a pseudonym of Elena Ferrante stole the hearts of an international public with her four-book Neapolitan saga (“My Brilliant Friend”, “The Story of a New Name”, “Those Who Leave and Those Who Stay”, “The Story of the Lost Child”).

The mysterious author in 2016 was recognized among 100 most influential people according to the “New York Times”. Nobody knows who she really is and it’s even guessed that she’s not even a woman, but maybe a man, or maybe even a duet writing under one pseudonym.

This saga describes a friendship between two women that started in a poor periphery of Naples in the 50s. A place and time where to change a wretched fate took much more than just being brilliant. Where nothing is easy, not even the childhood, not even the first crush or the first years of school. Two different paths; two different ways to escape the misery. Two different women inspiring each other.

Things to see in Naples (and what to eat): find out by reading the author Katherine Wilson 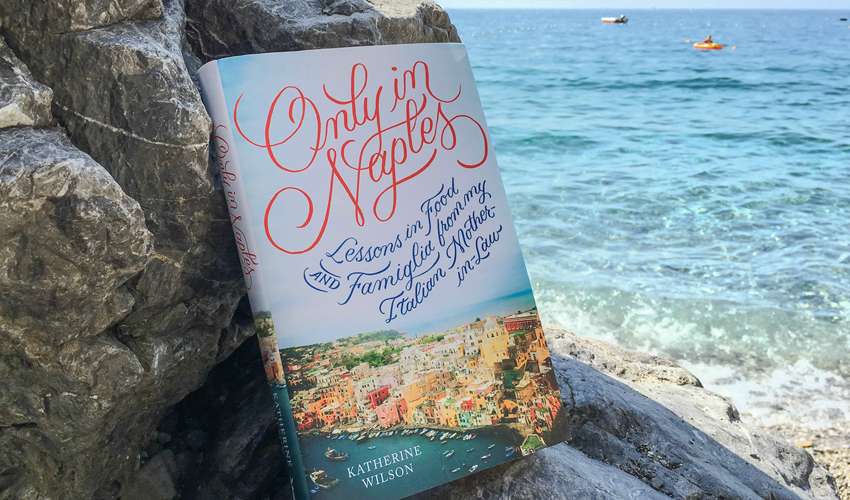 “Only in Naples” is a beautiful story about an American young woman that comes to Naples for a three-month internship, but instead she falls in love with Salvatore, his mother’s cooking and most important she becomes a family member of/to this Neapolitan family.

“Only in Naples” by Katherine Wilson is a warm book that will leave you with a big smile on your face. It’s a fun autobiography about her, American woman entering in a Neapolitan family where love is expressed through food. Chapters are called by the name of delicious plates and behind each plate there is a story explaining one or another important Katherine’s life moment.

This book is easy and fun to read, it’s a unique guidebook of Naples that in its particular way tells a lot about this cities character.

Capri, Villa San Michele and the love of Axel Munthe for the island The ''Story of San Michele” is a bestseller written by a Swiss doctor, Axel Munthe.

It’s a romance + memoir about the doctor’s life: his failures as well as accomplishments; constantly looking at the death, but trying to stay courageous; and also his search for the happiness. He was a traveler that was drinking tea with the nobles of England, but also helped when cholera struck in Naples in 1884 or volunteered after the earthquake in Messina.

Alex lived in the most prestigious cities like Paris and Rome, but his heart belonged to the Capri Island. Fascinated by the Roman history, especially the great Emperor Tiberius, he starts to build the villa of “San Michele” with his own hands, where once was standing a palace of the previously mentioned emperor.

The book is easy to read and it will put the smile on your face reading about the Italian idyll and the writer's approach to animals. By the way, The Villa of San Michele, situated in Anacapri is still possible to visit today. From it you can admire a breathtaking panorama, that often Axel's guests considered the most beautiful view they ever saw.