It was impossible not to start from the national library Vittorio Emanuele II. It is the third library in Italy for the number of volumes and manuscripts inside after that of Rome and Florence. It contains 1 480 747 printed volumes, 319 187 pamphlets and 18 415 manuscripts. The library was born at the end of 1700; it was the place where the library collections coming from the archive of the palace of Capodimonte and from the library of the Jesuits, the Farnese library and the palatine library were brought together. In this place rich in history is also present the majority of the writings of the great poet Leopardi. The State Archives of Naples is one of the most important cultural centers of the city, it is rich in evidence of the history of the south. From the historical point of view it is perhaps the most important Neapolitan library. In fact, it is an essential destination for history researchers, but also for fans. The state archive was born in the Napoleonic period, in the first years of 19th century. In 1943, during the World War II, it was bombed by the Germans. The seriousness of the damage, and the losses caused by this vile act, was immediately understood by the intellectuals of the time, including the philosopher Benedetto Croce. Today the Archive lives a new life. In fact, the library is also going through a process of modernization with the digitization of the precious documents in it. Among other things, the library also houses the school of archiving, palaeography and diplomacy. 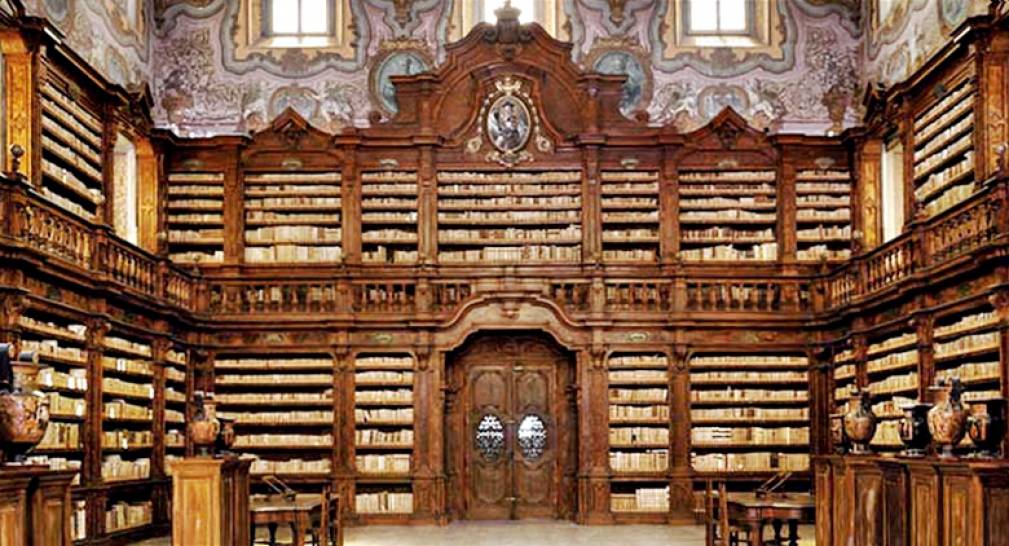 The Girolamini library is also worth a visit; in fact, it is the oldest library in Naples, opened to the public back in 1586, and is second in Italy only to the Malatesta library in Cesena. From an architectural point of view, the library is part of the complex of the church of the Girolamini; inside the library there are texts on philosophy, Christian theology, church history and sacred music. The library of the Girolamini holds about 159,700 titles, mainly ancient, numerous manuscripts, of which about 6,500 concerning compositions and musical works from the sixteenth to the nineteenth century. The recent history of this prestigious centre is made up of investigations, judicial investigations and degradation. But in recent years the library is returning to its former glory and very soon it will be possible to visit again.