5 Places to discover in the Capodimonte's Park

The Reale Bosco di Capodimonte, is currently a public park, a green area of about 137 hectares located on the Hill of Capodimonte. Inside there is much to discover.

The Palace of Capodimonte 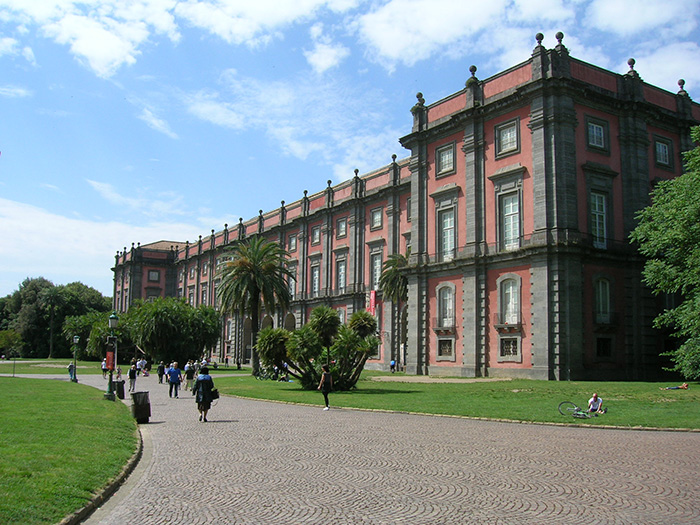 The Palace of Capodimonte was commissioned by King Charles of Bourbon in 1737. It was one of the royal residences, surrounded by greenery, in a park of about 137 hectares, was functional to the hunting and fishing activities of the king: activities considered noble and functions of state in the major European courts.
The design of the palace of Capodimonte was entrusted to the architects Medrano and Canevari and was to bear witness to the power and magnificence of the reigning monarchy; in fact, a monumental two-storey building was built, the imposing bulk of which represented an area of landscape importance with respect to the city, often immortalised in the paintings of Neapolitan vedutism. The palace also had to host the king's very important Farnese collection. In 1957, it was transformed into a museum, houses the important Farnese collection, the D'Avalois collection  and the royal apartments.

The porcelain factory of Capodimonte 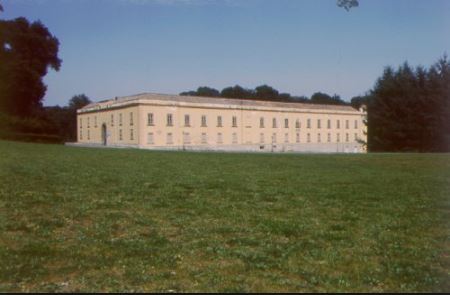 In front of the church of San Gennaro is the entrance to this old building which, from 1743 to 1759, housed the famous "Real Fabbrica delle Porcellane" of Capodimonte, one of the Royal Manifattures founded by Charles of Bourbon. Since the 1960s it has been the seat of the "Giovanni Caselli" State Professional Institute for Industry and Handicraft, the only one in Italy dedicated to the training of personnel and technicians specialised in the ceramic production sector. Its production has been marked, since 1987, by an authorized trademark representing the Bourbon lily.

The church of San Gennaro 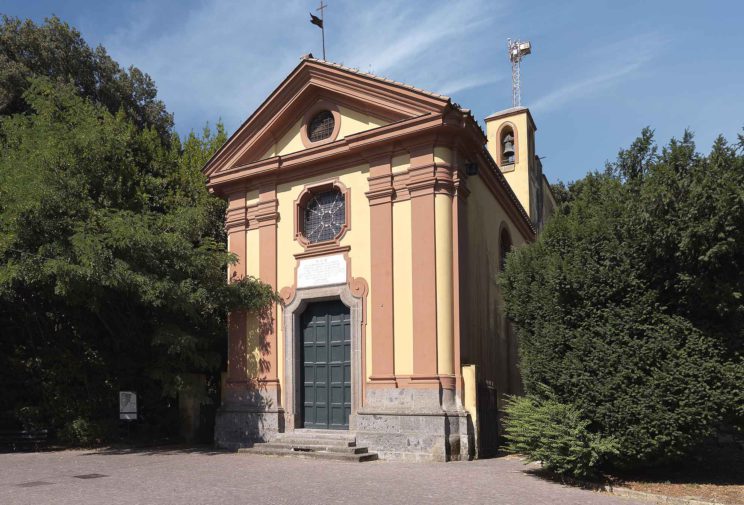 Walking through the wood and through the Porta di Mezzo, the ancient gateway to the wood, there is a large hemicycle marked by five paths, the first on the left called Viale della Porcellana leads to the church of San Gennaro.
A small building with a central plan, designed by the scenic architect Sanfelice, was erected at the behest of Charles of Bourbon in 1745, as confirmed by an old marble inscription that stands on the simple entrance facade, divided by high Doric pilasters. Above the church there is a small bell tower, whose ogival arches are the result of a subsequent reworking. The interior of the church, which has preserved its original layout, is built on an oval basin; the decorations are rather sober, having been destined to the parish (1776) of the "people who lived in the woods and who worked as mercenaries".
On the high altar there is an oil on canvas, depicting the patron saint, traditionally attributed to the famous painter Francesco Solimena (1657-1747), teacher and friend of Sanfelice. It was recently assigned to Leonardo Olivieri (1689-1750?), a pupil of the painter. Since the eighteenth century, the church was decorated not only with the large canvas of San Gennaro, but also with four statues dedicated to the patron saints of the ruling family. The plaster statues of San Carlo Borromeo and Sant'Amalia remain in place, in niches on either side of the apse; the other two, representing San Filippo and Santa Elisabetta, were in the opposite corners of the church.
The wooden furnishings probably come from the church of San Clemente dell'Eremo dei Cappuccini, since the transfer of furnishings and sacred furnishings to the parish of San Gennaro, when the convent was suppressed in 1865, is documented. From the church one entered the spaces of the sacristy, today used for temporary exhibitions, and one entered the upper floor, where the parish priest's house was located.
Seguici sulla nostra
pagina Facebook