"It's as if a god, here, had built his house with huge stone blocks."

Friedrich Nietzsche described the magnificence of Paestum during his visit. Located in the province of Salerno, within the Piana del Sele, this town has a thousand year history. Poseidonia named in honor of the God of the Sea was founded in the 6th century by B.C. as a maritime trade center. At the end of the fifth century it passed to the Lucani, they gave the  present name, and then to the Romans in 273 BC. The archaeological excavations of the twentieth century, which lasted until the 1970s, allowed the recovery of unique works, restoring Paestum to the ancient splendor and transforming it in a touristic point of great interest. If this presentation is not enough, here are 5 great reasons why to visit this archaeological treasure:

Just 40 km from Salerno, 80 from Pompei and 102 from Naples, is Paestum. After visiting its beauties, you won’t mind spending  more time travelling. Here are the directions  how to reach the archaeological site easily.

Starting from Naples: Take the A3 Salerno-Reggio Calabria motorway, exit to Battipaglia and take the Statale 18. From here, exit to Capaccio Scalo and get “via Laura” in Paestum.

From Naples, Pompei or Salerno the railway line  to Reggio Calabria. There are numerous regional trains connecting  Paestum and Capaccio, so mistakes will be impossible!

2. It is a UNESCO World Heritage Site 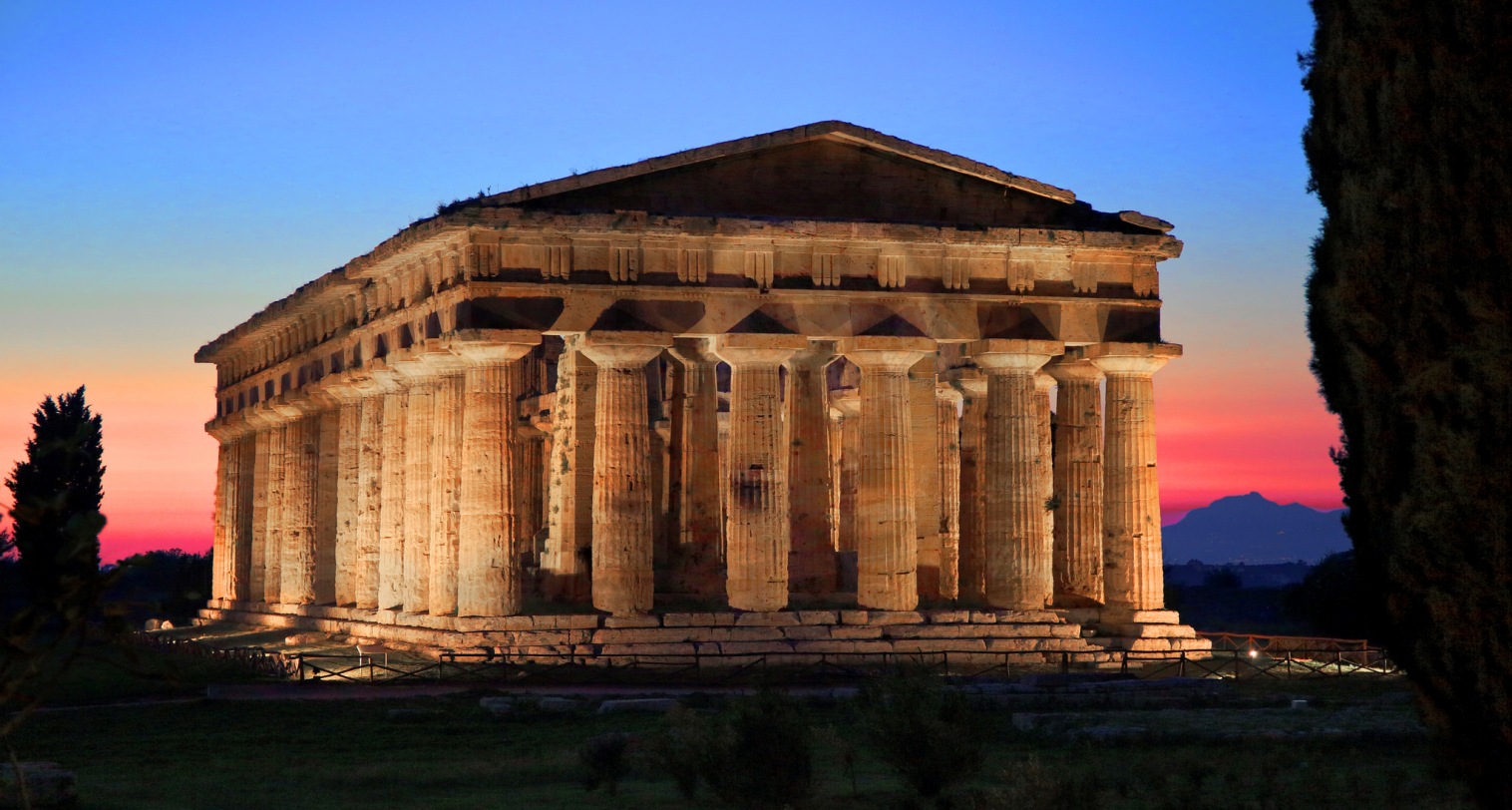 Recognized by UNESCO as a World Heritage Site since 1988, it has attracted thousands of tourists. Visiting it is like taking a dip in history and an unforgettable journey in different times. The site, as well as the National Museum and the remains of the ancient Greek agorà, contains 3 temples dedicated to Hera, Athens and Neptune, built around 500 BC. The ancient city is surrounded by monumental stone walls with a pentagonal perimeter surrounded by 24 watchtowers: a unique and rare archaeological treasure!

3. The preservation of temples is perfect

Dedicated to the wife of Zeus, the splendid Temple of Hera dates back to 510 BC and is of Doric style, with 18 columns on the long sides and 9 on the short ones. Their characteristic is that, although in Doric style, they have the collar of the capital decorated with floral motifs. The beautiful Temple of Ceres, originally consecrated in Athens, was built at the end of the 6th century BC. It is made with 6 front and 13 side columns. It has a particularly high pedestal, unique in a greek temple, and combines two different styles: the archaic doric and the ionic. The magnificent Temple of Neptune or Poseidon dates back to 450 BC is the best preserved. It is one of the most beautiful examples of Doric architecture, the same as the Parthenon of Athens. It has 16 columns on the long sides and 6 on the short ones, with a cell enclosed between two porches and divided into three aisles by two other columns. Another point of interest is the Italico Temple, dedicated to Jupiter, Juno and Minerva.

4. It is a journey through time to the discovery of ancient greeks and Romans 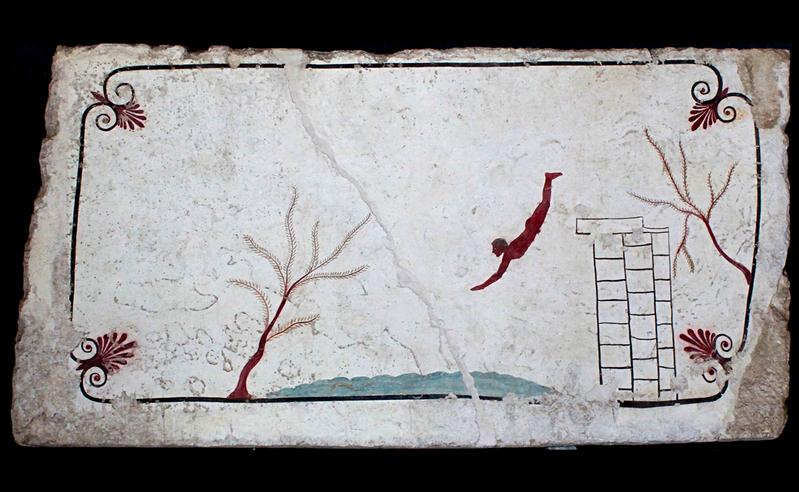 The splendid forum was built by the Romans on the model of the ancient athenian agorà and also the Greek Theater, which was built to host the meetings of the city's highest council. The Amphitheater, dating back to the 1st century AD, was designed for gladiatorial performances, while the Gymnasium was dedicated to sports, having swimming pool for swimming races. The Sacello Ipogeico, underground building discovered in 1954, the purpose of which is unknown, was perhaps an underground temple devoted to the goddess of fertility, or a cenotafio, a symbolic tomb, designed to honor the founder of the city.

There are many finds, mostly Greek and Lucan, preserved in the National Archaeological Museum of Paestum. The most popular is the Diving Tombm painted plates  that are the only example in the world of Greek painting. Found in 1968, it is presumed to date back to 480 BC. The frescoes on the interior walls represent a man, caught in a movement of great elegance that dives in to the sea in a symbolic crossing between the earth that has received it in life and the unknown of hidden death under the surface water.