The most enchanting and magical time of the year has come, and the city of Naples could certainly not be unprepared to receive the large amount of tourists who come to visit and to breathe this particular atmosphere.  For this reason, we want to recommend you to have a walk around those which are known as the Christmas’ streets of Naples: San Gregorio Armeno and San Biagio dei Librai. 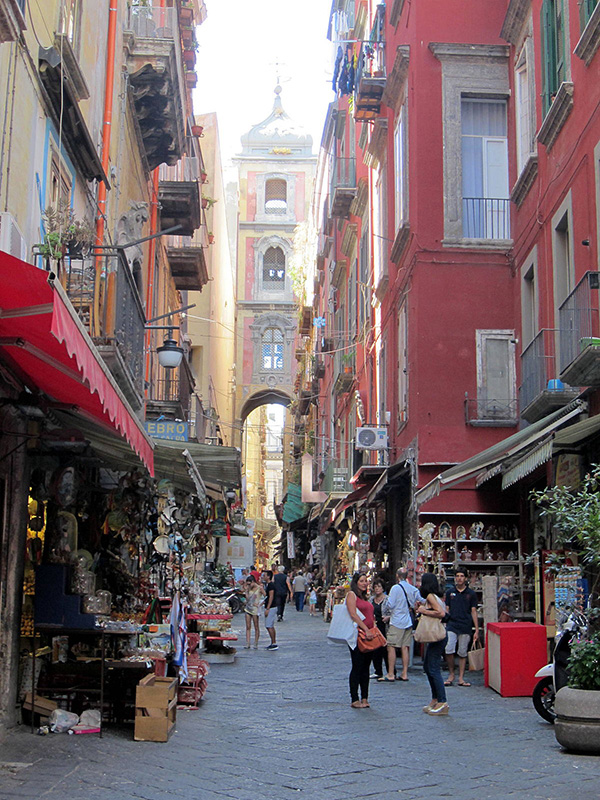 Better known as ‘the shepherds’ street‘, San Gregorio Armeno is a long road in the historic centre that vertically links the two decumans that once were the two main roads of the old Greek town: Tribunali’s Street and San Biagio dei Librai’s Street. In it (and not only during the Christmas time) it is possible to keep in touch with the traditional Nativity’s art, typical of this city, and also with parodies of famous characters from both past and present. But when did this Christmas Nativity tradition take place? If we want to trace a little history about it, we must think that it first came up during the XIII century, when San Francesco used to create a representation of the Nativity with some small statues. In Naples, it became famous around the XVII century, thanks to some aristocratics who started to create some personal representations of the Nativity itself, not only for religious reasons, but also as source of pride: as a matter of fact, all the best artists and artisans were get involved with the aim of realizing the most scenic Native scene ever. This way the Nativity became something much more artistic, influenced by the Baroque style of that time and many streets of the historic center became places of exposition for all these artists, making San Gregorio Armeno’s Street the symbol of the Neapolitan Nativity this way. 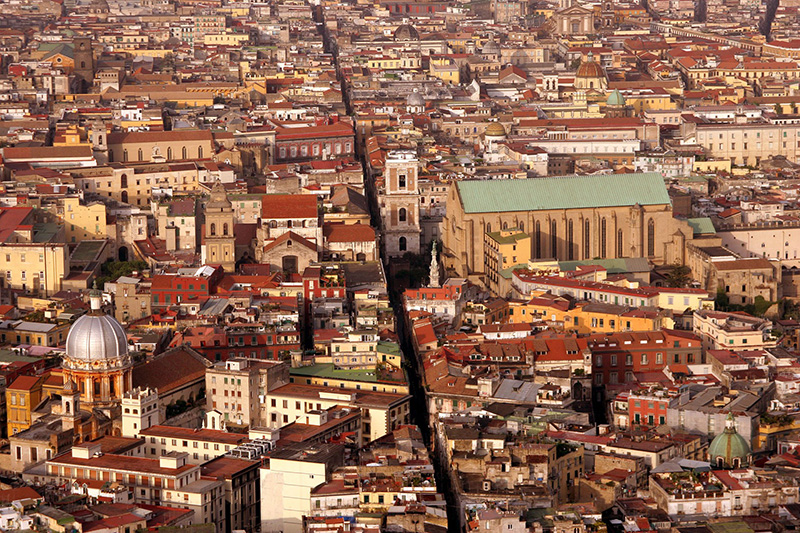 ‘Downtown Naples’, or ‘Spaccanapoli’: this is the other name for San Biagio dei Librai, the road which starts from San Gregorio Armeno and cuts off the city. As its name suggests, this street is firstly known for the buying and selling of books, as well as for the antique trades’stands. But it is also known as the street of the Neapolitan handicraft, where everyone can look and admire particular objects made of ceramic, wood, leather and glass. As we said before, during the Christmas time it becomes the second important street for the Christmas shopping: as in San Gregorio, also in San Biagio dei Librai it is possible to have a walk among the Christmas decorations’stands, the ancient Neapolitan bakeries, and the artisans’small shops which show their works: handmade shepherds and Nativities. So, as part of the walk which starts from Dante Square and San Gregorio Armeno, this street lets the visitor immerse into a magical atmosphere, made of lights, smells and sounds with which he can go back home not so easily.