Stories and curiosities about Sorrento Coast

Sorrento Coast: one of the most famous tourist destinations in the world

The beauty of the Sorrento Coast (in Italian Penisola Sorrentina) is absolute and nowadays it is one of the most visited Italian destinations by tourists from all over the world. It is famous for its breathtaking landscapes, turquoise sea and refreshing lemon scent. This area of the Campania region is mast-visit for countless reasons!

But behind so much beauty, some many stories and legends will make your visit even more interesting and intriguing. With this article, we will tell you about this jewel of the Mediterranean through some of its curiosities and legends that maybe you'll discover now.

The Land of the Sirens on the Amalfi Coast 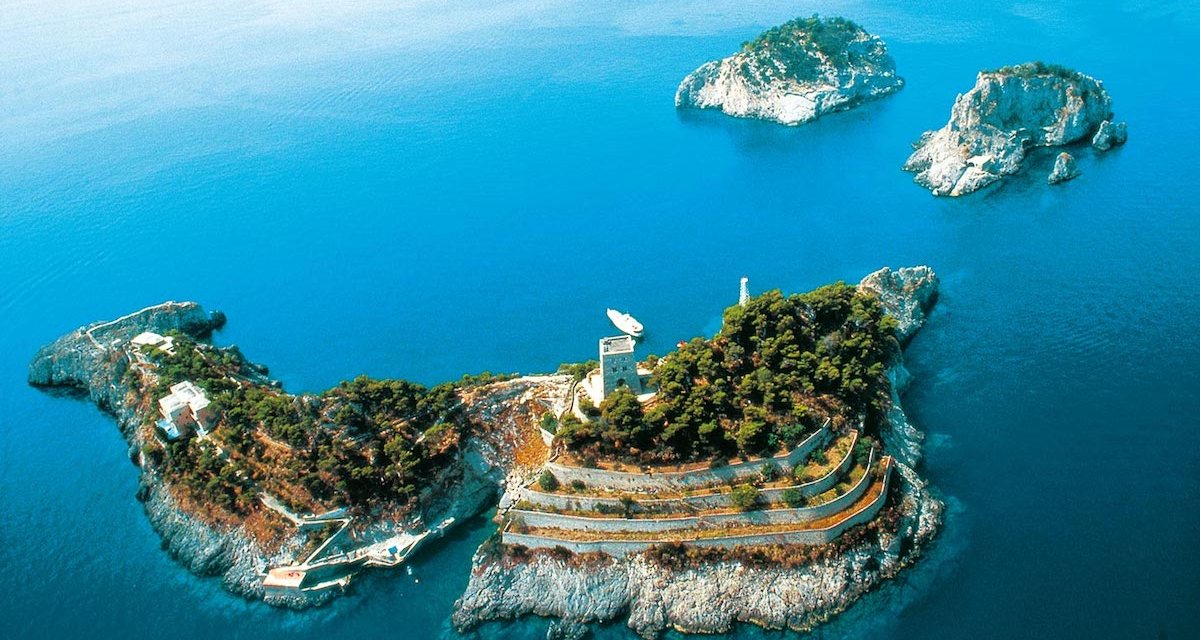 The Sorrento Peninsula is also known as the "Land of Mermaids". Its link with these mythological creatures is very old. It goes back about 3,000 years ago when the Greek poet Omero wrote about the adventures of Ulysses in his work the Odyssey. He tells that in the sea of Sorrento Peninsula Ulysses met the Mermaids.

Ulysses ordered his men to plug their ears with wax and to tie him to the mast, in this way they would resist the dangerous Mermaids' lure. According to Omero, this event happened in the sea of the Amalfi Coast, near the Li Galli Islets in Positano.

After the failure of the trap aimed at Ulysses, the three upset mermaids threw themselves into the sea turning into rocks and thus giving life to the three islets: Gallo Lungo, Castelluccio and Rotonda.

Another connection between the Sorrento Peninsula and the Odyssey is in Punta Campanella where there are the ruins of the Temple for Athena. According to the legend, Ulysses built the temple to thank the Goddess, who helped him to surpass unhurt the stretch of sea infested by the mermaids.

The origins of the name Sorrento Behind the name "Sorrento" hides a very fascinating legend. It's said that the origin of the name Sorrento is due to Siretum, a sweet girl with very special characteristics. She was born by the union of Mirone, a peasant who lived on the Casarlano hill, and Leucosia, one of the three mermaids daughters of Achelous.

The legend tells that already as a baby, she was beautiful. She was a unique child in a lot of ways: sweet, generous and with a desire to live engaging.

One day, on Marina Grande Beach, Sirentum met the mermaid Parthenope who praised her beauty and a queen future prognosticated her. Indeed, a little later the fair girl knew the prince of the Durazzo family, whom she married.

The two lovers conducted a life from travellers, but when they lived in Sorrento they were very hospitable and gentle, till to gain the affection and esteem of everyone. In 1558, the Saracens invaded Sorrento and made some prisoners, among these there was the beautiful Sirentum. The inhabitants spontaneously gave what also possessed to get back among them Sirentum. This devotion was such that her name inspired the name of their city.

The almond palms are typical sweets of the Sorrento Peninsula which are blessed on the churchyard and exchanged with those you love during Palm Sunday.

This tradition has historical roots. In 1551 the Saracens overran the Sorrento Peninsula. They were pirates who used to terrorise the locals. Scared, the people took refuge in the cathedral invoking the grace of being saved.

On that occasion, their prayer was heard. A high wind shook the sea till to sink all Saracen vessels. During that shipwreck, only a slave girl survived and reached by swimming the Marina Grande beach. When she arrived in Sorrento in front of the Cathedral, inside there were the people for the Palm Sunday's mass. She went inside and threw to the feet of the altar. To thank the people there, she offered as a gift a pouch that contained some sugared almonds.

At that time, the sugared almonds weren't known in the Peninsula and they exited curiosity in the local people. So, the girl decided to teach them to prepare the almond palms, establishing a tradition.

If you visit the Sorrento Peninsula during Palm Sunday's week, you will find many patisseries, in particular in Meta and Massa Lubrense, which sell these typical products of Sorrento tradition.

The St. Biagio's proverb and its link with Sorrento Peninsula 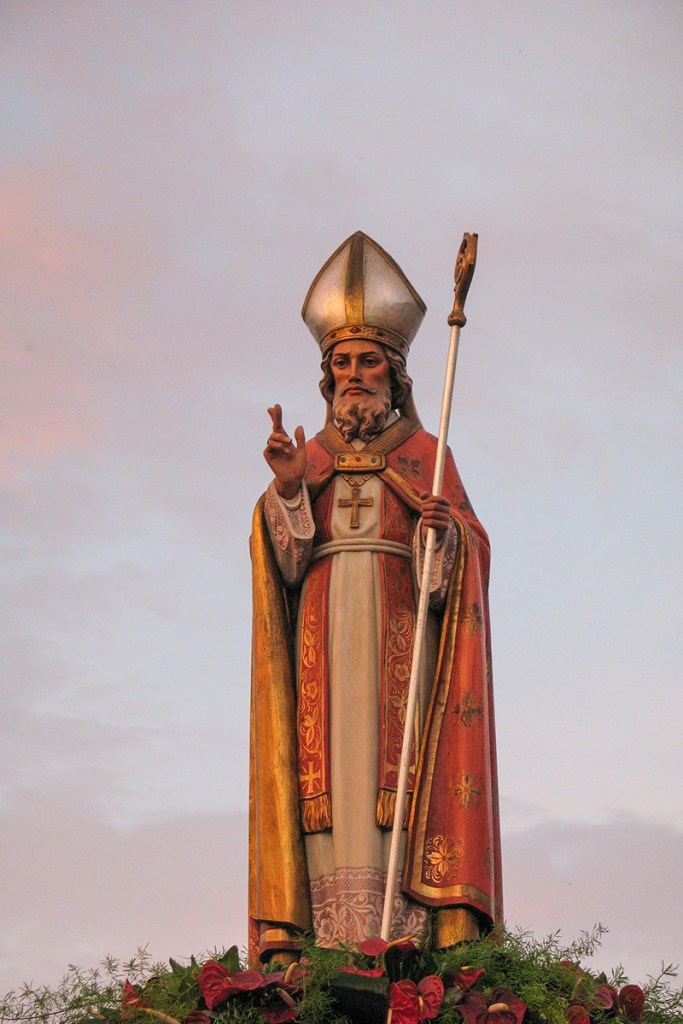 A popular proverb says “Santu Biase ‘o sole p’ ‘e case”  (The St. Biagio's Day, the sun is in the houses). In the Sorrento Peninsula, the people usually say so during the first days of February, when winter is ending and the first sunny days are coming: the weather is warm and it is beginning to heat the cold and damp houses. It's also an invitation to look forward optimistically and hope for a better future.

The saying about St. Biagio, its authenticity preserves a big truth that only the Neapolitan "genius" was able to summarise: Spring is coming, the weather is warmer and the sun reaches all houses, the Norther ones too.

The believers invoke St. Biagio against the sore throat and other ills of the respiratory tract. It is said that St. Biagio, during his imprisonment, saved the life of a baby who starts choking on a fishbone that was lodged in his throat, giving him to eat a crumb of bread.

On Sorrento's hills, in Sant'Angelo and Casarlano, there are respectively a church and a chapel dedicated to St. Biagio.

Lucio Dalla's Caruso: a dedication of love in the Sorrento peninsula In 1921, the tenor Vittorio Caruso spent his last day of life in one of the suites of the Hotel Excelsior Vittoria in Sorrento, and then he died in the Hotel Vesuvio in Naples. Nowadays, the hotel suite of Sorrento takes his name (Suite Caruso) and inside there is still his piano.

In 1986 the singer-songwriter Lucio Dalla faulted the engine of his boat while he was sailing between Capri and Sorrento. Stuck in the sea, he called his friend who was the hotel owner. He invited the artist to stay for a night in his hotel in Sorrento, waiting for the boat to be repaired. By happenstance or by random chance, the singer was hosted in the same suite of the tenor.

That same night, he went to the Bar La Scogliera where he met Angelo the barista. His aunt was Caruso's waitress. He told Dalla that in 1921 the tenor was in Sorrento convalescent after his left lung operation following pleurisy. There, he fell in love with a young woman who took singing lessons from him. One night, by then feeling as though he was close to the end, he had the piano taken to the terrace and inspired by the magnificent landscape of the Gulf of Sorrento, he sang with such intensity as to be heard down to the harbour.

Lucio Dalla was captured by these tales and took inspiration to write a song, without ever imagining that it would become a classic of Italian and Neapolitan song famous everywhere.

Here, where the sea shines and the wind blows on an old terrace on the Sorrent gulf a man hugs a girl after she had cried then he clears his voice and begins again to sing.
Lucio Dalla - Caruso