The church of San Giovanni a Carbonara: a jewel of the Neapolitan Renaissance

History of the church of San Giovanni a Carbonara 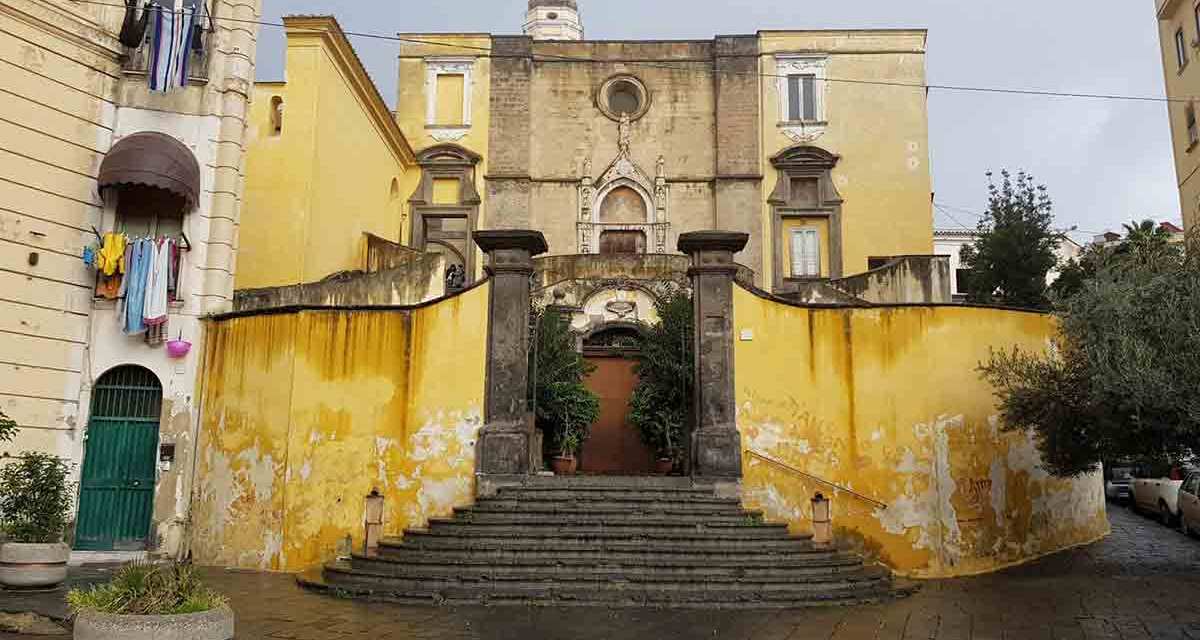 One of the most evocative and fascinating places in the city of Naples is the church of San Giovanni a Carbonara, located on the street of the same name, behind via Foria and not far from the Madre, the prestigious museum of contemporary art.

The church was built starting from 1339 on the land donated by the noble Gualtiero Galeota to the order of the Augustinians, provided that they had dedicated it to St. John the Baptist; the name Carbonara is due to the ancient custom of collecting the incinerated waste of the city in those places. The large pincer staircase that accompanies you on your excursion is an eighteenth-century work by the great architect Ferdinando Sanfelice. But don't worry the long effort will be rewarded! In fact the church can be considered a museum of Renaissance sculpture that fears no comparison either in Naples or even in Italy. In fact, among the many wonders, the colossal sepulchral monument of King Ladislaus of Durazzo (1387-1414), the stuttering king from the difficult childhood who died of syphilis for the many conquered lovers and the Caracciolo del Sole chapel, which houses the monument of Ser Gianni Caracciolo, Grand Seneschal of the Kingdom and lover of the sister of Ladislao, the intemperate Queen Giovanna II (1414-1435).

Caracciolo died in a conspiracy in 1432 organized precisely by the queen-lover: it was his son Troiano who commissioned the enigmatic monument in memory of the tragedy that struck his father.

Thus, with the presence of these two illustrious guests, the church acquired a prestigious name that attracted the attention of other noble families who wanted to be buried here, in the shadow of Ser Gianni and Ladislao: for the eternal glory of their own blazon and for the supreme joy of our eyes!

Church of San Giovanni a Carbonara: style and works

In fact, the Caracciolo di Vico chapel is splendid for its architecture and preciousness of the marble, finished building in the 16th century, embellished by the works of the famous team of Neapolitan sculptors composed of Giovanni da Nola, Gerolamo Santacroce, Annibale Caccavello and the D'Auria family, supported by the Spanish Diego de Siloe and Bartolomeo Ordóñez. The small sanctuary seems almost to constitute a separate church with its circular shape that imitates the Pantheon of Rome: inside the sepulchres of the noble patrons, among which is to remember the monument of Gian Galeazzo, head of the family, hero of the war of Otranto of 1480 fought by the Aragonese dynasty against the Turks.

The di Somma chapel, recently restored, is of no less prestige and, with the nearby altar of the Miroballo family, concludes the overview of the magnificent tombs of San Giovanni, an authentic "marble archive" of the most powerful families of Naples in those years.

Last but not least, the crucifix by the aretine painter Giorgio Vasari which was made in 1545 for Cardinal Girolamo Seripando, the famous theologian of the Council of Trent, to whom is dedicated the road that leads to the gardens of King Ladislaus on the right side of the church, the ideal conclusion of a stage unmissable for a trip to the shadow of Vesuvius.

The church of San Giovanni a Carbonara is located in via Carbonara 5, and is easily accessible by line 1 (Museum stop) and line 2 (Piazza Cavour stop). It is open Monday to Saturday from 9:00 am to 6:00 pm. Sunday can be visited only in the case of religious services.

Where to sleep near the Church of San Giovanni a Carbonara

Near the Church of San Giovanni in Carbonara and just a 15-minute walk from Naples' Central Station, you can stay in the charming, modern and practical HERMES ROOM Bed and Breakfast. From this B&B you can easily reach the historical city center and the main attractions of Naples. Whatever you want to visit in Naples, you will be in a privileged position, well connected to the whole city.