The hidden Naples: discovering the unknown alleys of the city 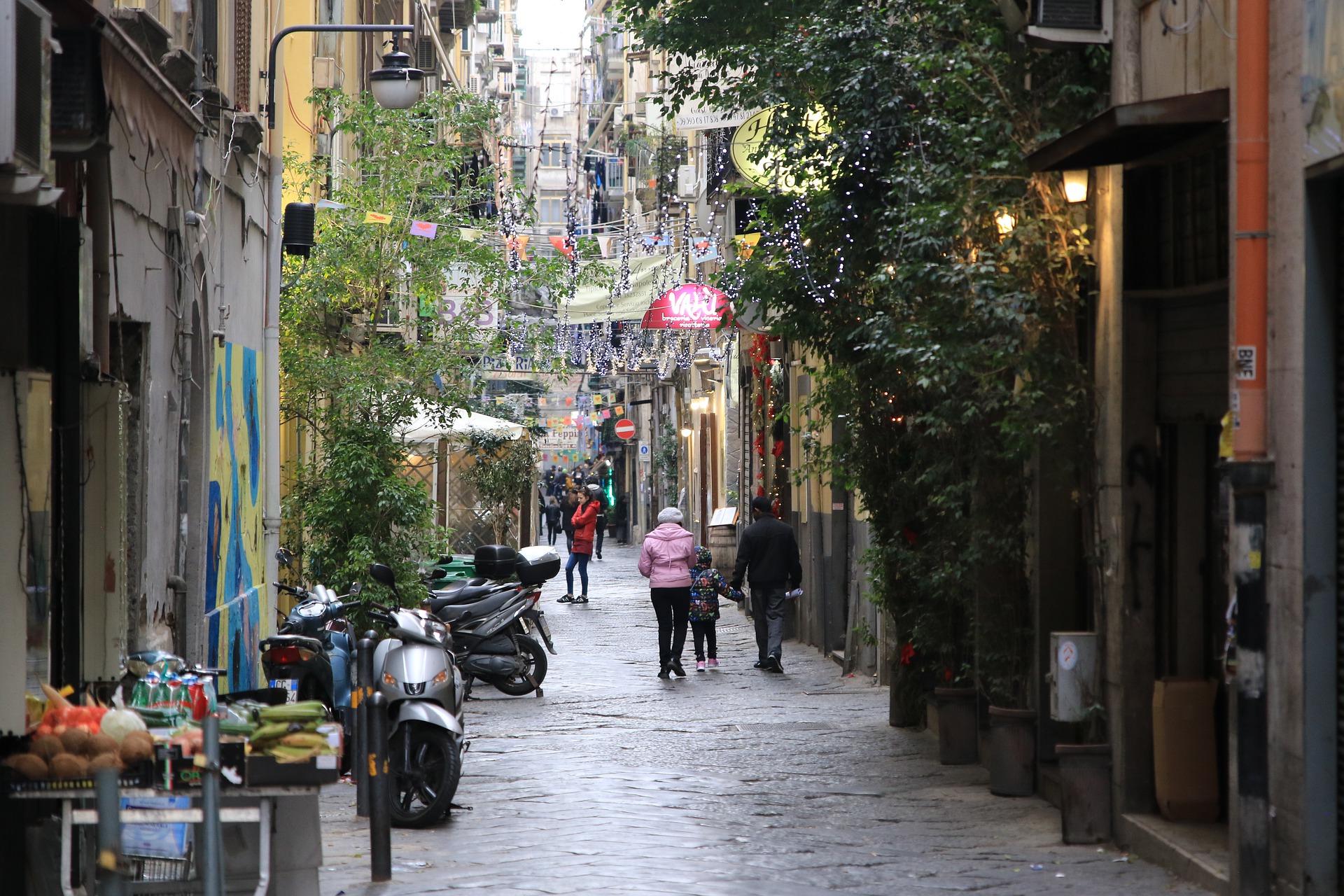 The secret Naples could be a title that recalls the esoteric or the mystery, but today it is not like that. I intend to take you on an itinerary of hidden and unusual places scattered throughout the city.

Among these, I will show you alleys, squares, places that not everyone knows and probably not all Neapolitans.

Unknown alleys most characteristic of Naples

Naples is full of characteristic places to visit. There are hidden corners scattered throughout the city, unknown even to Neapolitans, which deserve to be visited for their immeasurable beauty.

Here is a small itinerary among these not too remote corners of Naples.

Naples is a city that rises to the hills from the sea and, initially, before the advent of large infrastructures, such as the funicular first and then the subway, the stairs were the masters. Among these, I decided to point out one of the most characteristic: the monumental staircase of Montesanto.

It's a hidden place that can only be reached after passing the winding alleys of the Montesanto district and which leans on the hill. Ideally, connecting Corso Vittorio Emanuele with the historic centre. A quiet and pleasant place that offers an overview of the Neapolitan historic centre with Vesuvius in the background. It was built in 1869 by the will of the architect Gaetano Filangieri, prince of Satriano. After a long lava stone staircase, it divides into a double flight staircase, ideally joining the Pedamentina staircase, which reaches the Certosa di San Martino.

Around the middle of the fourteenth century, the queen of Naples Giovanna I of Anjou encouraged trade throughout the city, assigning an area of ​​the city to different stranger artisans. Among these is the Vico Freddo in Rua Catalana, assigned to the Spaniards where tin artisans, second-hand dealers and cork makers resided. The alley has always been an open-air laboratory and in 1997 this ancient vocation made a comeback thanks to the work of the architect and designer Riccardo Dalisi, who, involving the artisans still present in the area, transformed Rua Catalana into a real museum with installations and shops scattered in every corner of the alley.

The Vico Freddo in Rua Catalana is located on the edge of the Neapolitan historic centre within the port area.

Maybe his name will be unknown to most, but Santa Maria Delle Grazie alley is one of the alleys that in recent years has been most successful on the streets of Naples, especially among the youngest. To most people, it is known as the alley of love. The traditional strings that usually house the traditional clothes hanging are now full of hearts and posters full of love phrases and songs from Pino Daniele to Rocco Hunt.

It is precise with the video clip of a song by the rapper from Salerno that Santa Maria Delle Grazie alley reaches the limelight of the news and social networks, becoming one of the most photographed alleys in the city.

The street of Fontana Della Spinacorona

Probably also to many of the Neapolitans, via Giuseppina Guacci Nobile, near piazza Nicola Amore, will be an unknown place, but it has a characteristic that many may know. In fact, in this street, there is the Fontana Della Spinacorona, also known as the Fontana Delle Zizze. Its name is a confirmation of how sacred and profane in Naples unite and influence each other. It is leaning against the church of Santa Caterina Della Spina Corona.

The first historical trace is in a document dated 1498. It was restored in the 16th century, as confirmed by the presence of the coat of arms of Charles V. The work, clearly of Baroque influence, depicts two symbols of the city: the siren and Vesuvius. In the inscription carved in marble, there is the story of the representation "Dum Vesevi Syrena Incendia Mulcet" (While the Siren softens the fire of Vesuvius). The siren lets clear water gush from her breast (hence the name Fontana Delle Zizze ), which falls into a basin decorated with bas-reliefs.

The Carminiello ai Mannesi complex housed the ancient thermal complex of the city of Neapolis between the 1st century BC. and II A.D. In the following centuries, the church of Santa Maria del Carmine ai Mannesi was erected in that area, destroyed by bombing, which gave the street its name. The works to remove the rubble have brought to light the Roman complex. During the republican era, the complex was a large Domus Aurea while in the imperial age was transformed into a large imperial complex.

Due to its fragility, the complex is often closed, but when you are lucky and you can find it open, it is an experience to try to visit a piece of ancient Rome in the middle of the historic centre of Naples.

I have tried to show you a series of lesser-known alleys in Naples but with intrinsic beauty. A series that could be interminable and that can only be updated every day. So don't waste any more time, run to Naples to see the beauty of its alleys.