VIDEO - The Rione Sanità: between history and myth

History of the Rione Sanità: mysteries, ancient streets and the essence of a popular district 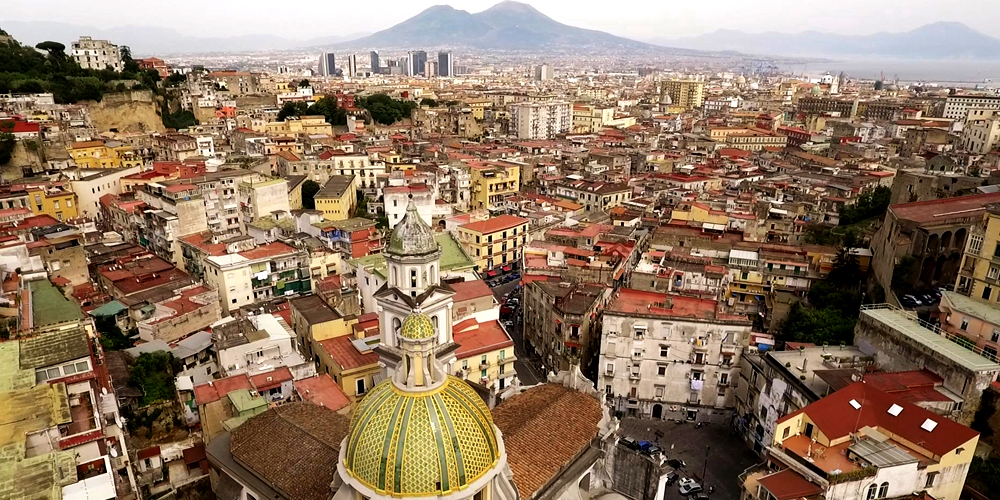 The Rione Sanità is the representation of Naples. A place of contradictions and symbolism, between art, culture and history. A history of culture thousands of years of tradition, legends and great beauty. A place linked to life, inhabited by Neapolitan nobility that crowded the feet of the Capodimonte's hill, but also to the afterlife. In fact since ancient times the large cave for the extraction of the tuff were used as a burial place. From the Greeks to the plague of the seventeenth century, passing through the Paleochristian age, this place was halfway between life and the afterlife, so much so that popular tradition attributes special miraculous qualities to it.

From the Catacombs of San Gennaro, where the remains of the city's patron saint were located, to those of San Gaudioso, to the fontanelle cemetery, where the Neapolitans nurse a skull to receive graces.

Abandoned the underground city, the streets of the Rione Sanità are undertaken, a lively, colorful and populated district of shops and local markets. The noble palaces of great beauty, such as the Palazzo dello Spagnuolo, stand out among today's buildings of this district, a monumental example of Neapolitan Baroque architecture.

From above the district shows its versatility, from the history to the folk tradition that are mixed in it. It's up to you now, look at this video what the Health District can offer.