VIDEO - History and art: discovering the Royal Palace of Caserta

Naples guide (and Campana): the Royal Palace of Caserta 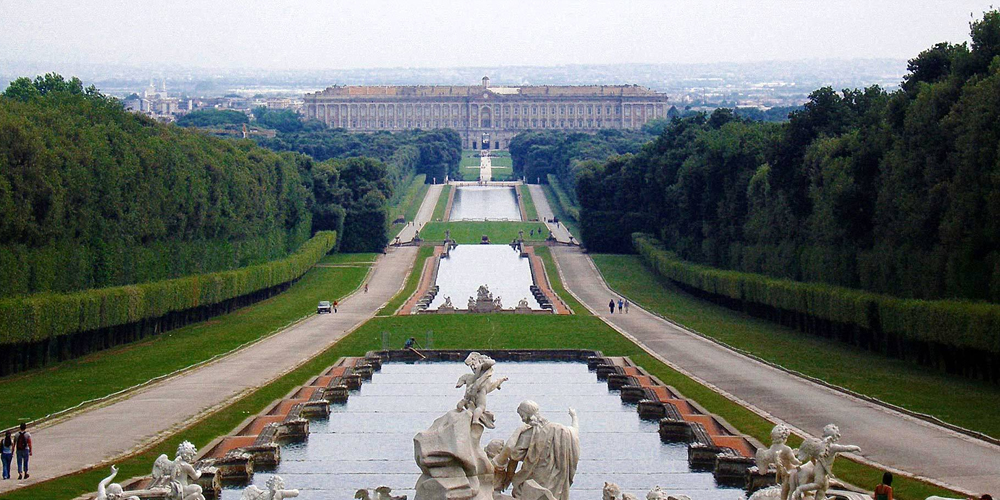 The Royal Palace of Caserta is one of the most important monuments for the history of Naples and it is certainly one of the most intriguing places in our area. When we are inside it, we never have the certainty of knowing it deeply and each of our visits we see a particular new one. It has 143 windows on the main façade, the 1200 rooms and 34 staircases stands as the exaltation of Italian baroque.

Royal Palace of Caserta: history of the construction of the royal palace

The Royal Palace was designed by the genius of Luigi Vanvitelli on the orders of Charles III of Bourbon, who wanted a symbol to demonstrate the power of the Bourbon dynasty. The building was built a few kilometers from the capital Naples, triggering an urban project that would demonstrate the strength of the Bourbon family.  You must pass three sumptuous porticoes to enter that lead to a magnificent double flight of steps that accompanies us in  locations adorned with the best products of Campania: from the fabrics, made by nearby San Leucio's manufacture to the marble of Mondragone.

At the wishes of the king it was made with inspiration from that of Versailles, but Vanvitelli created a unique work, synthesis of three centuries of architecture, going to summarize what was the model of neoclassical architecture, due to the discovery of the lost cities of Herculaneum and Pompeii.

The royal majesty, truth and merit in their anthropomorphic form invite us to the presence of the king, in the throne room, majestic and icon of the kingdom. But there are many other spaces that deserve to be lived, the private theater, the first designed as a horseshoe, the palatine chapel and the park designed in detail between vast fields and fountain games, deserve to be seen. Discover in the video what else you need to know about the Royal Palace of Caserta.