What to do on Halloween in Naples 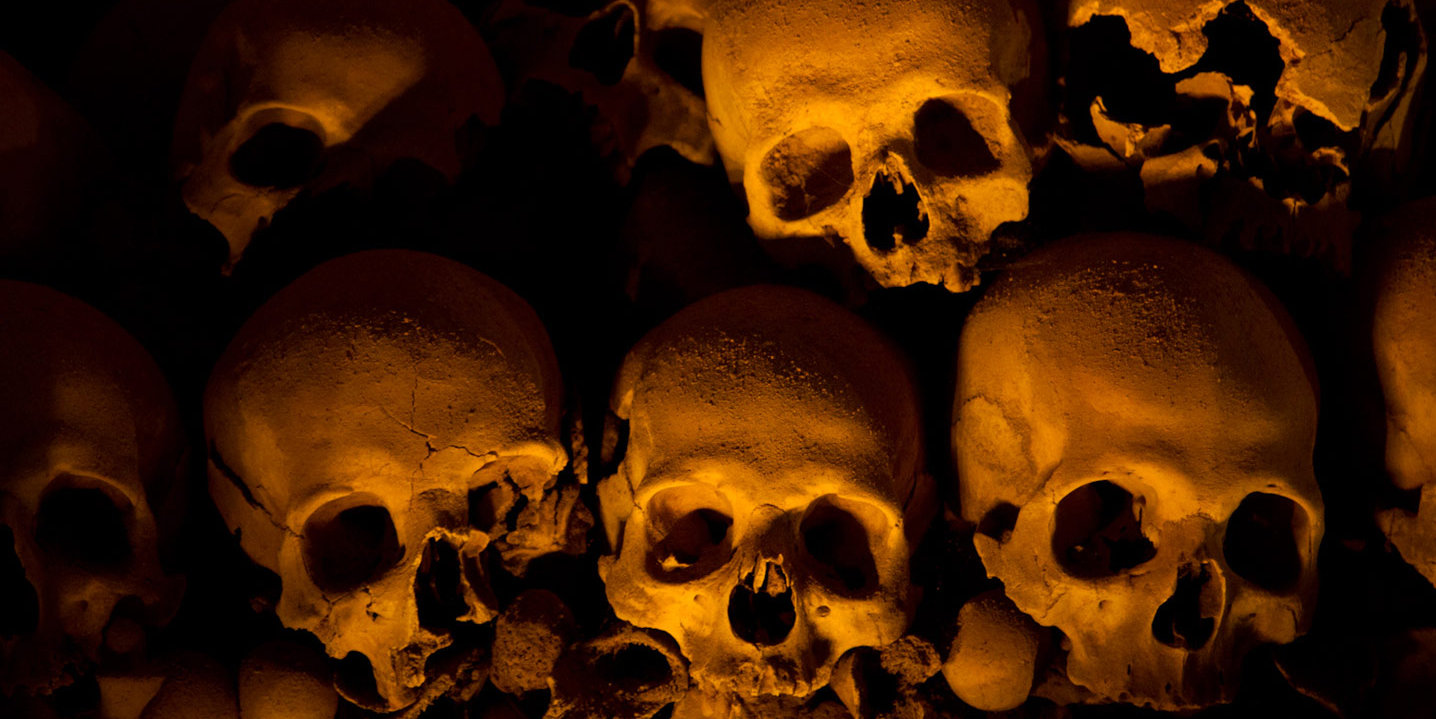 Hunted places with spirits and witchcraft, damp catacombs and deconsecrated necropolises. The most hidden secrets of the city of Naples are just waiting to be revealed in the most frightening night of the year. Let's find out what to do on Halloween in Naples for an unforgettable, thrilling day.

The most mysterious and enigmatic festival of the year is coming. If you are tired of seeing yet another horror movie and you no longer have the age to knock on doors asking: "Trick or treat?" here are the most hidden places to learn about the dark side of the city of Naples.

40,000 human remains, including skeletal heads ("capuzzelle") and bones, are housed in one of the most fascinating and frightening Italian cemeteries: the Fontanelle Cemetery. A place of mysticism and culture in which the vicissitudes of countless victims of the plague and cholera have merged with years of stories and superstition giving life to a characteristic setting, emblem of Neapolitan folklore.

The tour of cruelty

A journey that takes you back to the time of the Inquisition and the tortures that were then inflicted every day. This consists of a guided tour inside the Torture Museum of Naples, the most evocative display of torture instruments in Southern Italy. An itinerary to the knowledge of the most varied memorabilia of martyrdom which makes us reflect on how much the abominations of history can be more gruesome than a horror film.

Not everyone knows it, but it is in Naples that the most famous vampire in history is buried. It is the Count Dracula himself whose remains seem to be found in the Monumental Complex of Santa Maria la Nova. In fact, some reconstructions tell that the count did not die in the war, but was captured by the Turks, who would have released him to his daughter Maria, resident in Naples, following a ransom.

We could not miss the haunted places and victims of curses and spells. Naples is full of mysterious caves in which unexplained phenomena occur, of obscure tufa caves, underground tunnels and ghostly apparitions. To learn more about the melancholy presences that haunt the city read our article "On the trail of the ghosts of Naples: the mysteries of Posillipo".

For those who are convinced that "a bit of blood does not make Halloween", here is a super proposal for fear: a guided tour to discover all the mysterious places mentioned in the article. A rich and complete itinerary through the most unusual meanders of the city, for a scary Naples as you've never seen it before. Find out more and experience the thrill of an unforgettable Halloween with us.