Naples, the traditions and the festivities of the city

The traditions of Naples 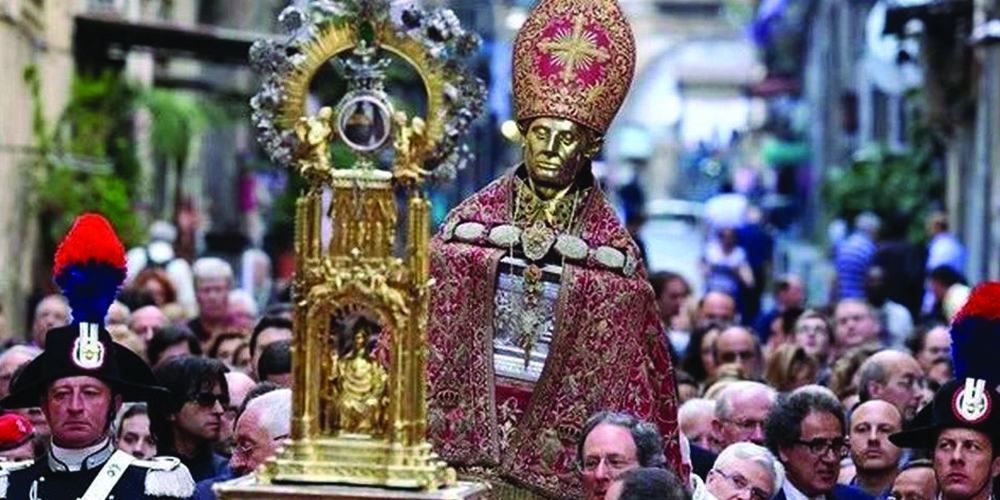 Neapolitan traditions are an integral part of life in Naples, especially those related to myth and religion. For the Neapolitans, traditions have a profound meaning that transcend time and generations. Meeting point between old and new one, these folkloric events represent the life of Naples in all its features and often they are the bridge between the sacred and the profane.

All the Neapolitan traditions have historical, mythical or religious origins and all of them unique, enriched by the folklore that is typical of the Neapolitan people, but let's see what feasts you can visit in Naples.

Holidays in Naples: the city's festivities

Naples is all in its history and tradition and besides the most famous festivals such as Christmas in Naples, the Neapolitan carnival or Easter, there are festivities that you could meet during your trip to Naples. The first and perhaps most important is the feast of San Gennaro, the patron saint of the city that during the third week of September and in particular on September 19th comes to life. The festival is popular and recalls in Naples faithful from every part of Campania and Italy, who come to participate in the "miracle" of San Gennaro, in which the blood of the saint, preserved among the relics of the treasure of San Gennaro, is with Neapolitan old women that invoke the miracle between prayers and spells that often seem invective, so do not be scared if you notice a very colloquial relationship with the saint, it is part of the tradition.

Traditional events in Naples between the sacred and the profane

In Naples, the sacred and the profane also merge into other festivals such as the night of Sant'Anna, 26 July, in the port of Ischia, which will give you a unique firework show of its kind, lived by boats in front of the island in the gulf, or the party of o 'Munacone in the Sanità district, dedicated to the Spanish monk, Vincenzo Ferrer, who according to tradition, performed the miracle of ending the cholera epidemic. Twice a year in April and July in the Sanità district, between early Christian and baroque architecture, it is celebrated in the name of the Spanish monk, among songs and dances of the Neapolitan tradition in district square.

There are many other festivities to mention and that Naples offers at any time of the year such as: the festival of Piazza del Carmine (July), the holy week of Amalfi and Sorrento (October), the Piedigrotta festival (September), the party di Sant'Antuono (January), the pilgrimage to Our Lady of the Arc (Easter Monday) etc.

Be overwhelmed by the tradition of Naples in every moment of Naples.