The Vesuvian villages to visit around Naples and Vesuvius

The areas to see near Vesuvius

The history and culture of Naples are inextricably linked to Vesuvius, the volcano that, for better or for worse, dominates the panorama of the city.

The area around Vesuvius, although intensely populated, deserves a careful visit by those who want to fully enjoy the historical and scenic beauty of Campania.

The visit of the Vesuvius National Park 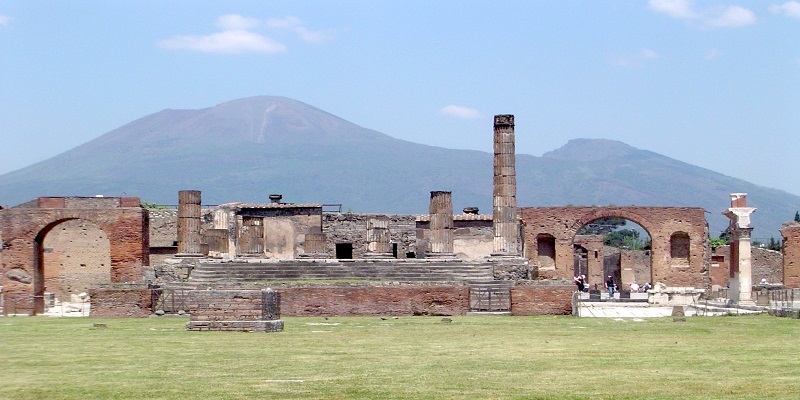 For several years now, the area around Vesuvius has become a large National Park of which about eight thousand hectares have become part of the Unesco Mab Reserve for their naturalistic, geological, volcanological, historical and archaeological importance.

The Vesuvius National Park is a world rich in biodiversity to be explored by trekking and following the paths among nature.

The visit of the Crater of Vesuvius

Among the various nature paths located within the Vesuvius National Park, is undoubtedly of great importance the so-called "Nature Path n. 5 - Gran Cono" which starts from the square located at an altitude of 1000 meters in the municipality of Ercolano at the end of the Ercolano-Vesuvio Provincial Road. From the square it is possible to enjoy a splendid view of the northern side of Monte Somma, with the Cognoli di Sant’Anastasia and Punta Nasone, the top of the ancient volcano 1,132 meters high, opposite the Cognoli di Ottaviano and di Levante.

The historical heritage of the Vesuvian area 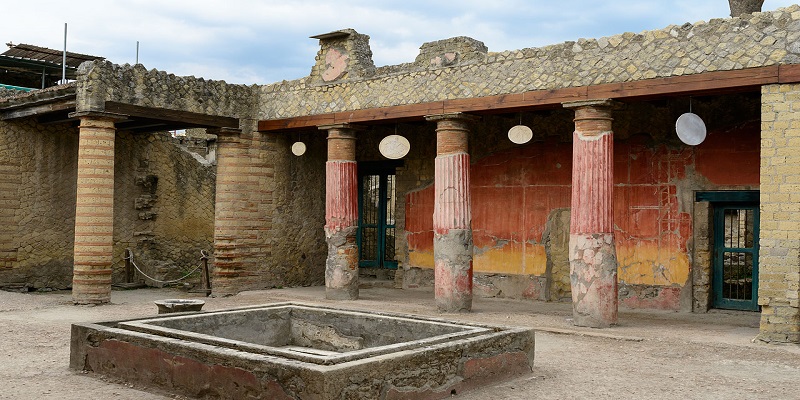 The area of the Vesuvian towns has a wide range of places and attractions of great interest for those who want to make a holiday that is not "hit and run".

Among the main visits that we can recommend here are certainly the archaeological excavations of Pompeii, Ercolano and Oplonti as well as the more recent ones of Somma Vesuviana. Villa Regina in Boscoreale, the sumptuous eighteenth-century villas of the Golden Mile, the Antiquarium of Boscoreale, the Virtual Archaeological Museum (MAV) of Ercolano, the Railway Museum of Pietrarsa in Portici, the Coral Museum in Torre del Greco and the Museum of Peasant Civilization in Somma Vesuviana are also of considerable interest.

The rustic Roman villas in Boscoreale 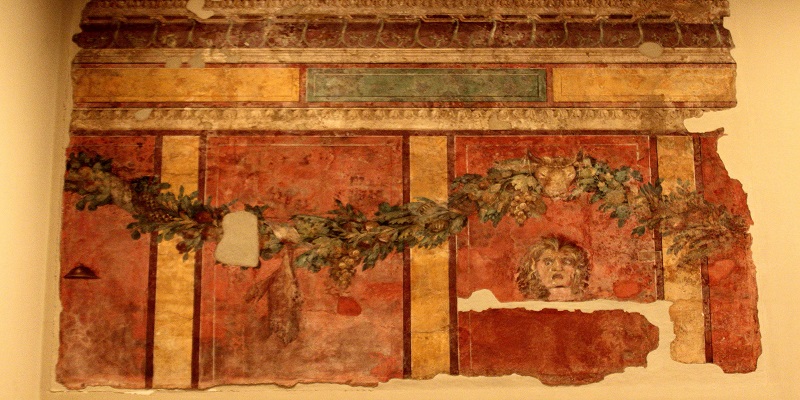 The Vesuvian area, mainly in the surroundings of Pompeii, is dotted with numerous villae rusticae and Roman farms. In the Boscoreale area, in particular, archaeological excavations between the end of the nineteenth century and the early decades of the twentieth century brought to light numerous structures, such as Villa della Pisanella, which were subsequently reinterred. From these villas, in the past, wall and floor decorations as well as valuable objects have been recovered, now exhibited in the National Museum of Naples, in the Louvre of Paris and in the Metropolitan Museum of New York.

The Municipalities within the Vesuvius National Park 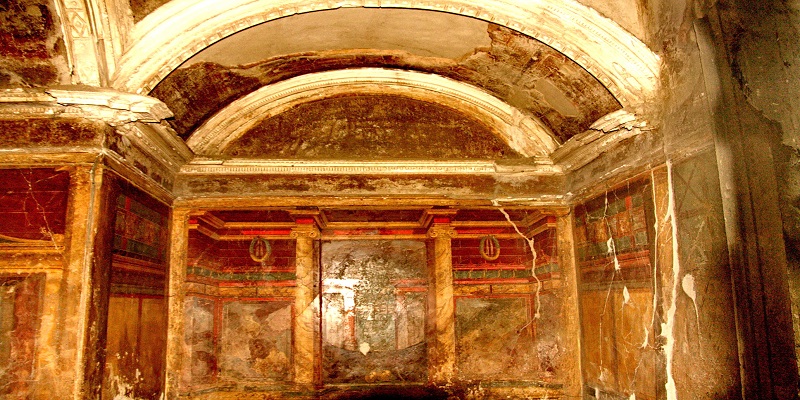 In the Vesuvius National Park there are 13 Municipalities that present truly remarkable places and monuments.

In Boscoreale, absolutely not to be missed is a visit to the Antiquarium, a museum inaugurated in 1991, which allows you to admire and learn about the natural environments of Vesuvius and the daily life of the inhabitants of Pompeii and Ercolano before the eruption of 79 AD.

Boscotrecase is a town a few kilometers from the Pompeii excavations where the Church of Ave Gratia Plena is a must see. The religious monument, erected in 1688, with its three Latin cross naves, is considered one of the oldest buildings of worship in the Vesuvian area.

The road that climbs towards Vesuvius passing through the Vesuvian Observatory and the lava deposits of the 1944 eruption, starts from Ercolano to end at the foot of the Gran Cono. Ercolano is part of the Golden Mile with its eighteenth-century noble villas including Villa Favorita, Villa Aprile and Villa Campolieto.

The archaeological excavations of Ercolano are so interesting and famous in the world that alone they would deserve a separate visit.

Massa di Somma is the smallest of the municipalities at the foot of Vesuvius surrounded by the steep wooded slopes of Monte Somma. This town as well as the neighboring one of San Sebastiano was largely destroyed by the eruption of 1944. Therefore, the ancient Church of the Assumption is now in ruins, but around the town you can admire some well-preserved Vesuvian farms, the most interesting of which is undoubtedly Masseria Rendita.

Ottaviano is dominated from above by the Castle which hosted Pope Gregory VII in 1085 and which in 1304 was destroyed by Carlo D'Angiò to then be rebuilt starting from 1567 by Bernadetto de 'Medici. There are numerous churches of the seventeenth and eighteenth centuries including the imposing sanctuary of San Michele Arcangelo.

Pollena Trocchia is a municipality originally formed by two centers which then came together: Pollena and Trocchia. The latter still has a suggestive and picturesque medieval district today.

The town of San Giuseppe Vesuviano was completely covered with ashes from the eruption of Vesuvius in 1906. Among its monuments we remember the Church of the Virgin Mother of God which was built by the Prince of Octavian towards the second half of the eighteenth century at the behest of the peasants and the Sanctuary of San Giuseppe in Piazza Garibaldi, with its splendid neoclassical facade and rich interior decorated with the throne of St. Joseph.

San Sebastiano al Vesuvio is the Vesuvian town closest to Naples and was razed to the ground by the last eruption of 1944. So, today the town has a modern aspect, but the Church of San Sebastiano deserves a visit, miraculously saved from the disastrous event. The Vesuvius National Park Authority is located in the old Town Hall building.

Sant’Anastasia is a town famous for copper craftsmanship and which retains an interesting historic center. The most significant monument to visit is undoubtedly the parish church of Santa Maria la Nova with the splendid octagonal spire bell tower.

In the vicinity of Sant'Anastasia there is the Sanctuary of the Madonna dell'Arco towards which the traditional pilgrimage of the fujenti takes place every year on Easter Monday which gathers here thousands of faithful from all over Campania.

Somma Vesuviana has maintained the appearance of the past. Its oldest district is called Casamale and is still surrounded by the Aragonese walls. Here are the ruins of the castle, the sumptuous Collegiate and the Church of San Domenico. Further down the town is the fifteenth-century Church of Santa Maria del Pozzo and the nearby Museum of rural life, which collects 3200 everyday objects and about 3000 photographs on agriculture in Campania.

In Terzigno of great interest is the Temple of the Immaculate which dates back to 1758. Also worth visiting are the remains of the Church of San Francesco and the majestic Villa Bifulco. Notable are the wine production and the handmade processing of lava stone.

Torre del Greco is known for its thriving coral industry and its interesting museum. The neoclassical Church of Santa Croce, Palazzo Vallelonga, Villa del Cardinale, Villa Porta and the epitaph in honor of Philip IV of Habsburg deserve to be visited.

Finally, do not miss the Villa delle Ginestre which hosted the poet Giacomo Leopardi.

Trecase is a small town at the foot of Vesuvius with an interesting historic center. To visit, the sixteenth-century Church of Santa Maria delle Grazie and the Villas Langella, Filippone, Lebano and Ruta. Guided tours of the natural reserve of the Vesuvius National Park depart from the forest guard barracks in Trecase. 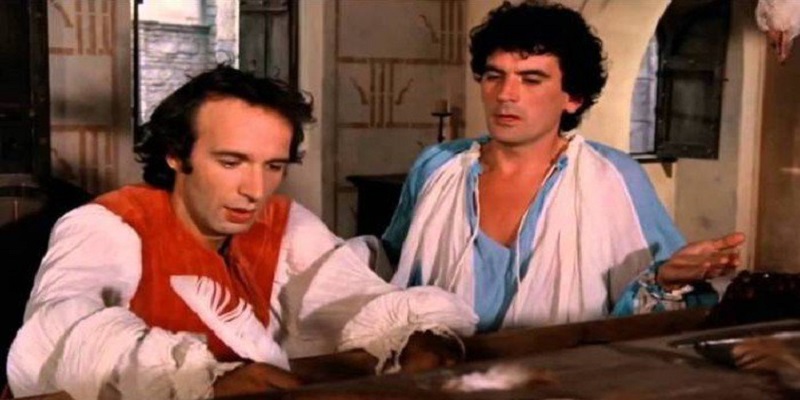 Even outside the Vesuvius National Park there are various municipalities worthy of interest for the attentive and not rushed tourist.

Cercola is a town on the outskirts of the Vesuvius National Park. Remarkable are the churches and the town hall built by the first mayor of Cercola, Domenico Riccardi.

Pompeii is a religious and tourist center of world interest not only for its vast archaeological heritage that is unique in the world, but also for the presence of the Sanctuary of the Blessed Virgin of the Rosary.

Millions of tourists go to Pompeii every year to visit the Roman city that was buried by the eruption of Vesuvius in 79 AD. and the excavation of which was begun in the eighteenth century by the Bourbon kings and has not been completed yet.

Portici is located west of Vesuvius and is today one of the most densely populated areas in Europe. Here there is a beautiful palace from the Bourbon period.

San Giorgio a Cremano is often remembered above all for being the birthplace of the actor Massimo Troisi.

The lower part of San Giorgio includes the town hall and the Church of the Regina of the Gigli, as well as the Troisi and Municipio squares; while the upper part includes Piazza Giordano Bruno, Via Manzoni and the church of Santa Maria dell'Aiuto.

Finally, Torre Annunziata is a seaside town with which the Sarno River Regional Park starts.

How to get to the Vesuvian area?

By car: A3 Napoli - Salerno motorway and choose the most suitable exit of the highway.

By train: Circumvesuviana line from Naples - Piazza Garibaldi and take the best line for the chosen area.

Vesuvius is, after the Glaciers, the most impressive exhibition of the energies of nature I ever saw. It has not the immeasurable greatness, the overpowering magnificence, nor, above all, the radiant beauty of the glaciers; but it has all their character of tremendous and irresistible strength.
P. B. Shelley