Ragù, Neapolitan Genovese and Pasta and potatoes: the three most famous Neapolitan recipes Pasta and potatoes, Genovese and Ragù are the recipes that inspiring your trip in Naples? That sounds good! Here’s are some facts about the three most famous Neapolitan Food Recipes in the world.

The Ragù is the king of the Sunday lunch recipes in Naples. It’s not easy to talk about it because it’s a mix of love, passion and all kind of happiness feelings and taste. After pizza, Ragù is the emotional marketing of Naples because it takes three basics of the Neapolitan culture: the way of life, the Theatre and the cultural contamination: 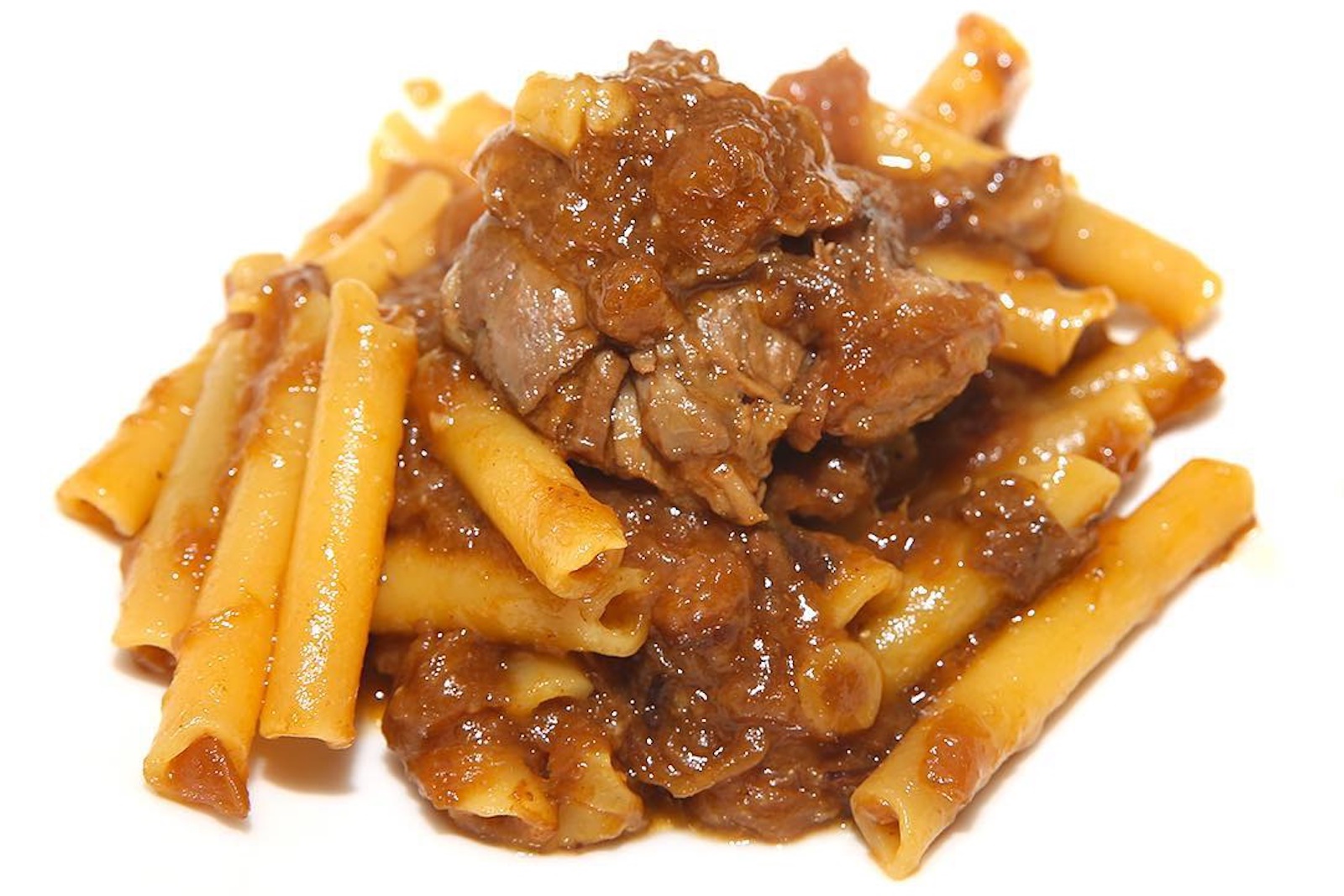 When in Naples you talk about “Genovese”, nobody thinks about the city of Genova, but every Neapolitan link these words to another most famous Neapolitan dish.

It sounds strange hearing about a Neapolitan dish called with this name, but that’s true. It said that, during the 1600, the Genoese merchants who stayed in the port of Naples for a while used to prepare a dish with a creamy onion sauce. After the Neapolitans renewed it in a Sunday lunch recipe prepared with meat and pasta, especially ziti or rigatoni.

Curiosity and history of Pasta and potatoes: typical Neapolitan recipe

Queen of the Neapolitan lunch, Pasta and Potatoes, aka Pasta e patane, is a very simple but delicious food prepared with pasta, potatoes and a pinch of tomato. The Pasta and Potatoes story is just like a long journey around the world: imported to Europe from Chile and Peru, the potato being at first in Spain and Portugal and then, in Italy, reaching the most beautiful city in the world: Naples.

It was the XVI century this irregular shape vegetable inspired the Neapolitans culinary creativity, especially the poor people, preparing a healthy and saturated dish with potatoes, tomatoes and a few years later with pasta ammescata, a kind of recycled pasta made by the different stocks of pasta left-overs.

Anyway, it's all under the bridge, but, today, Pasta and Potatoes  is still prepared by Neapolitans, who enjoy the recipe in a special and delicious way: in the oven with provola, a tipical Campania cheese, a small kind of pasta, with a lot of grated parmesan chees. I do not know you, but I write about Pasta and potatoes makes me drool.