Naples Museum: the history of the city in the Bonelli collection

From a private collection to the birth of a museum

The collection of Gaetano Bonelli takes origin by a simple passion. Since he was 12, he started collecting stamps or something.

As the years go by, his interesting in collecting spreads in other items too. He loves Naples and feels the need to collect items about the city: from old card decks to horse tram tickets.

His passion and curiosity then became study too. Now grown up, Bonelli has been working to realize his dream: making with his collection a Museum of the City of Naples! Items of authentic significance (not only material) finally have their true value.

Bonelli's collection is the result of over thirty years of research. It wishes to record anthropologically the most original and unusual aspects of Naples' daily life.

Museum of Naples: the history of the city in one room Here there is an ample and unique repertoire of all the past of the city, a rich and different collection fulls of wonders. Different Items, photos, documents, files, posters have all in common the link with the culture of Naples.

From the woodblocks of Neapolitan card dated 1825 to the early 19th-century little fabric image of the Chinese Madonna in Naples with almond-shaped eyes. In the collection also The St. Gennaro's Hat of the early 19th century, Plans about the old Central Train-station of Naples and the Funiculars, horse tram tickets of the late 19th century, posters from every theatre of Naples since the pre-unification age and a series of valuable political and administrative documents, such as the pizzini of the Garibaldian partisans for the entry in the city. Commercial manifestos and posters, calendars, brochures of old enterprises, records of the immigration and much more...

Naples Museum: Our experience after the guided tour

Our Visit Naples' editorial stuff we were personally invited by Gaetano Bonelli to enjoy his fascinating collection! During his explanations, we felt his long research and passion. Behind every item, in the Museum of Naples, there are interesting and often fun anecdotes that make the story of Naples even more unique.

During our tour, the Exhibition is focused on the Banco di Napoli (Bank of Naples)'s relics. Regarding this topic, the visit starts with the oldest documents which date back to even before the real foundation of Banco di Napoli: when it still was known as Banco dei Poveri (Bank for Poor People) and Banco dello Spirito Santo (Holy Spirit Bank). About the Banco di Napoli, then you will find notes of its production, posters of shows promoted by the bank, documents with the signs of illustrious people of Naples, projets and phots that report the bank's presence in the world and much more.

About this collection is interesting the emotional bond that Bonelli wanted to highlight too. Indeed, in the exhibition, there are also his grandfather's relics because he used to be a bank's employ for a very long time.

About the other topics of his collection, particularly interesting a late-19th-century interphone made by an old Neapolitan factory. As a political testimony, he showed us the first manifesto of the first Neapolitan elections after the Unification of Italy. Then many testimonies about immigration and posters of the most important Neapolitan theatres. And the wonderful and authentic Neapolitan coffeepot part of his food and beverage's collection.

Well, it's a collection that kidnaps and touches the heart of everyone! When you leave the museum, you will want to tell everyone about what you saw and without knowing it, you will become its ambassadors and supporters!

This museum wants to be a place of sharing, research and disclosure about the Neapolitan culture. Bonelli's Collection aims to sensitize adults and children to the knowledge of Naples' history. 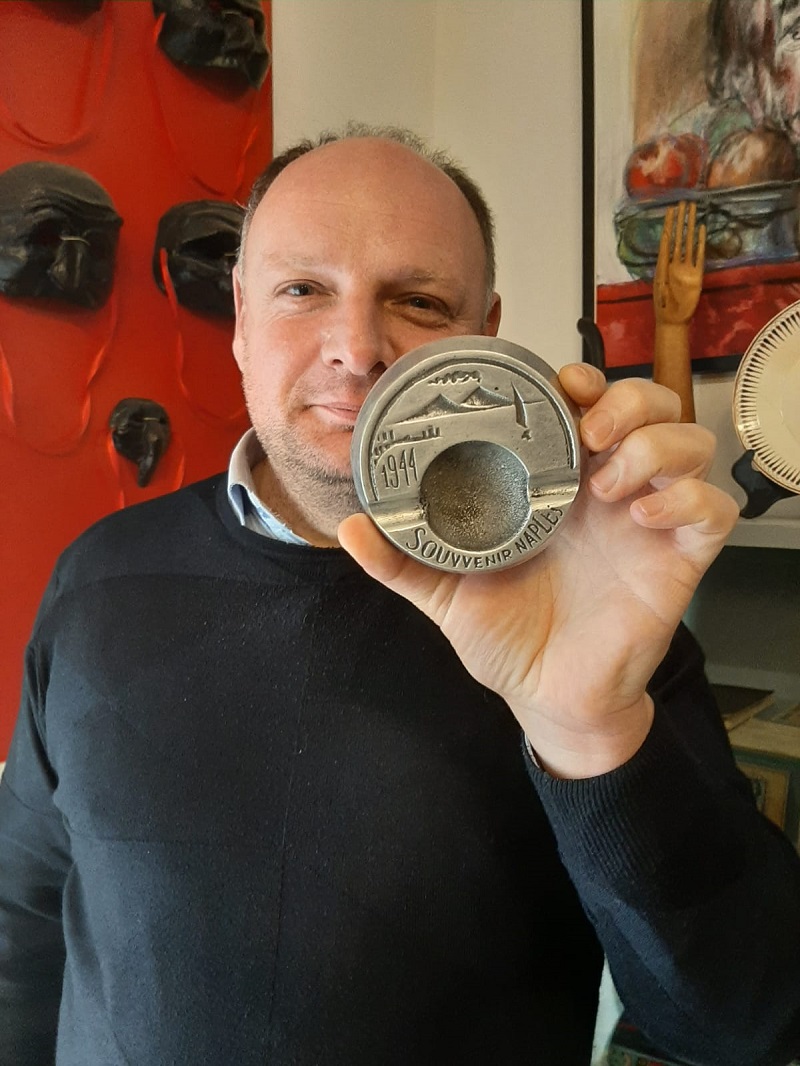 When you believe in something, you must do everything to make it happen!
Gaetano Bonelli

Where is the Museum of Naples?

The Museum of Naples - Bonelli's Collection is waiting for being open permanently in larger spaces. Currently, it's hosted by the Casa dello Scugnizzo Foundation, in the little square Piazzetta San Gennaro in Materdei.

Materdei is a very characteristic area in the old town of Naples. The Museum is close to the Pizzeria Starita, the oldest pizzeria in Naples.

Book your tour for the Museum of Naples - Bonelli's Collection

It's possible to book your guide tour by calling the phone number (+39)3404844132 or sending an e-mail to museodinapoli@gmail.com.